Did a compromised Chief Justice Roberts sabotage the midterms? 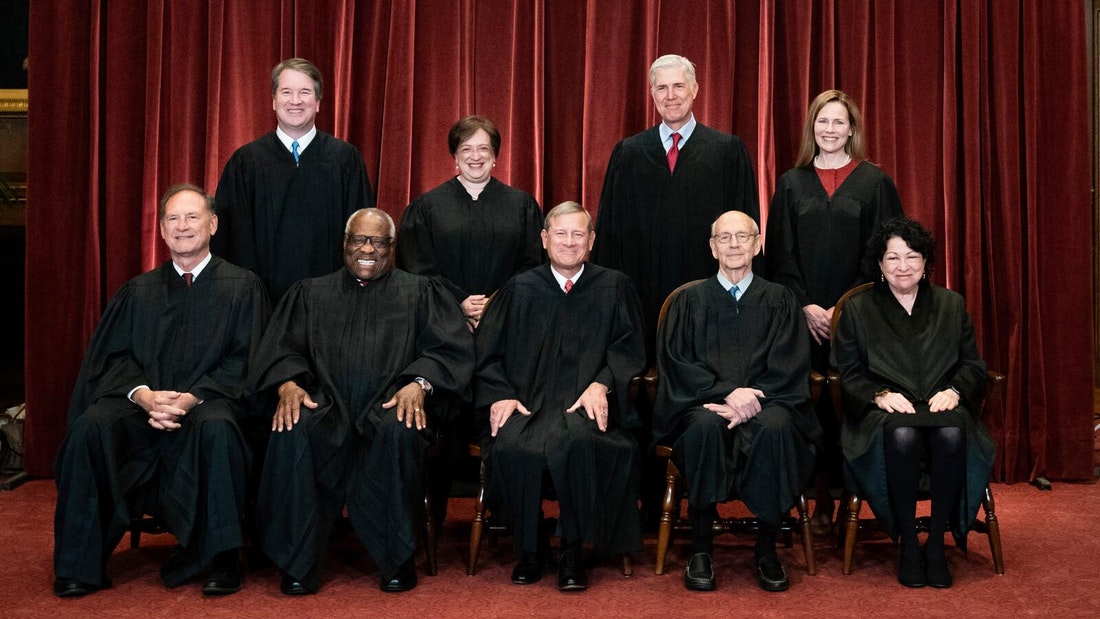 Dominating the news is the unprecedented leak of a Supreme Court decision that will overturn Roe v. Wade. It seems likely that Justice Sotomayor and a clerk did the leaking to Politico.

The media is focusing on the terrible crime of leaking a SCOTUS decision. But the important question to be asked is, “Why is SCOTUS deciding now to rule on such a politically divisive case?” Now, the court decides to make the most newsworthy decision in a generation, right before the midterms? There is no need for this decision now. Many states have been effectively shutting down abortion already, and SCOTUS has backed them up.

Given the fact that I have written extensively about the Roberts SCOTUS and how he is controlled by the Great Reset, I am working on the assumption the timing of this decision was intentional so as to rally the voting base of the Democrats. The far-left is losing on all front. The one thing they can lay claim to is being “pro-woman” by being pro-abortion (as they destroy women’s rights with pro-trans agendas that do not even recognize the existence of biological females).

Chief-Feckless-Justice Roberts has been hiding in fear for many years because after he was outed as an attendee of the Jeffrey Epstein’s Pedophile-Orgy Island. He is also afraid that the far-left will destroy the nine-judge bench and dilute it with judges.

When it came to defending the constitution after the 2020 election, his court turned away. He is adroit and dodging obligations before the court. Roberts could have punted this Roe V. Wade case easily.

Justice Sotomoron took the bait and leaked the Justice Alito decision. Now, the court might change their decision, which would backfire on the Great Reset (this is also a legitimate reason to impeach her).

When I read a lofty supreme Court decision like this one, in my wisdom of years, I see that they are suffering from bubble-isolation syndrome. I used to think that academic doctors were the worst at this, but judges are on a quantum-level higher.

People have praised the legal detail of the decision. I see it as a window into the mind of a judge completely out of touch with reality. Alito goes into the minutiae of legal theory thinking that it will place him above reproach. However, he failed to comprehend reality. Nothing he writes will appease the far-left. No one gives two-cents about his pretentious writing.

This decision could have been about two paragraphs long stating, “A fetus is a living human and it is murder to kill it. The constitution does not protect murder.” Alito is dodging the elephant in the room. The legal gobbledygook pleases only the rare law school professor who is not a communist.

These low-testosterone judges really think that their words matter. They lay on the pretentiousness so thick like Elizabethan-era makeup and wigs of judges before.

The more eminence someone tries to portray, the more they are hiding their true weakness. The Supreme Court is feckless and the judges know it. The judicial branch does not have any army. They all live in Washington DC neighborhoods with no security detail. The Black Lives Matter communists struck fear in them when they surrounded judge Kavanaugh’s house in Chevy Chase last September.

Chief Justice Roberts is compromised. The Supreme Court is now an unelected extension of congress, which is under the control of the Great Reset neo-communists. This decision on Dobbs v. Jackson Women’s Health Organization was timed to help the Democrats in June when it was supposed to be revealed.

The elections were not a red wave. The Republicans barely took back the House. While the high-profile elections in Arizona and Pennsylvania can be called into question, the overall House race is indicative of true sentiment. The Democrats were motivated by the Supreme Court ruling.

Overturning Roe v. Wade could have waited. Justice Roberts did this on purpose.

3 Responses to Did a compromised Chief Justice Roberts sabotage the midterms?