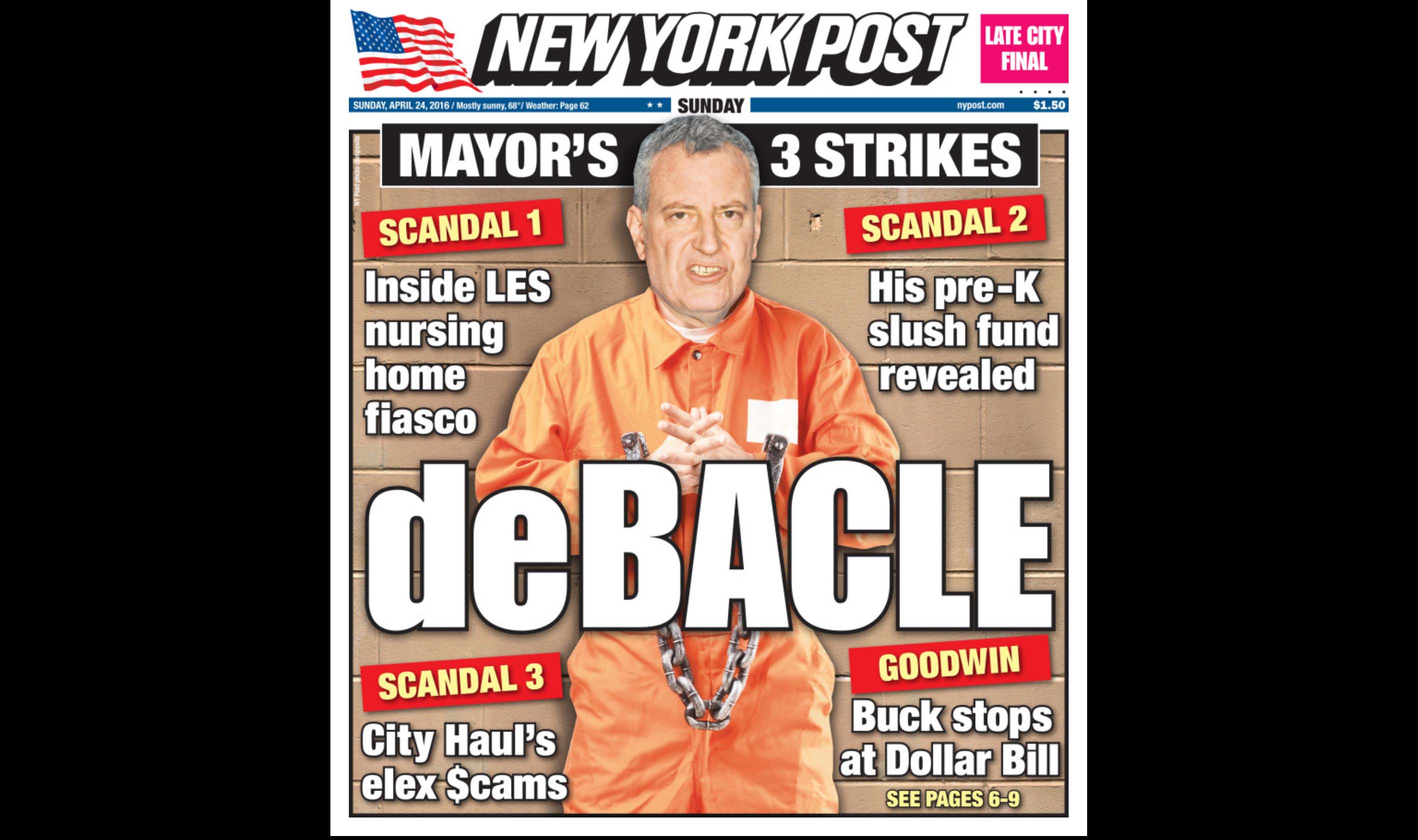 There are now several activist websites and petitions dedicated to nothing but impeaching Mayor de Blasio. This might happen.

On December 30th, 2015, we sent our first “Impeach de Blasio” email. Since then, the mayor has been caught up in several scandals that amount to pure bribery and kickbacks. The NY Post cover featured a Photoshop’d image of de Blasio wearing orange.

Whether by political measures, de Blasio resigning, or by prosecution, it seems quite possible that Mayor de Blasio will be kicked out of office.

This entry was posted in - Op-Ed, - Politics. Bookmark the permalink.