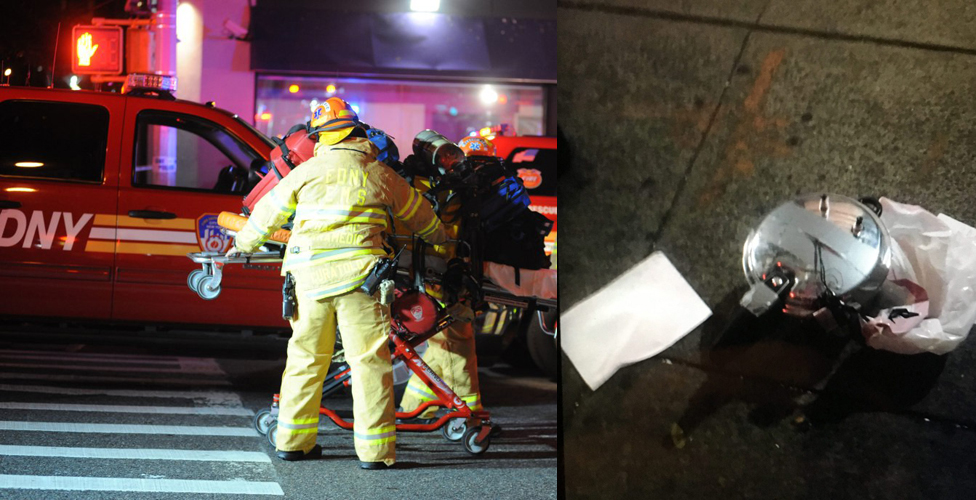 September 18, 2016- The mainstream media, which takes its talking points from The White House, will be careful to state “No evidence of terrorism”, but there were clearly two Boston-bombing-like IED’s made of pressure cookers that exploded in Chelsea last night, near 26th Street and Sixth Avenue.

More than 29 people were injured, with no fatalities, yet.

Neither President Obama nor Hillary Clinton have made comments. Donald Trump quickly denounced the terrorist attacks.