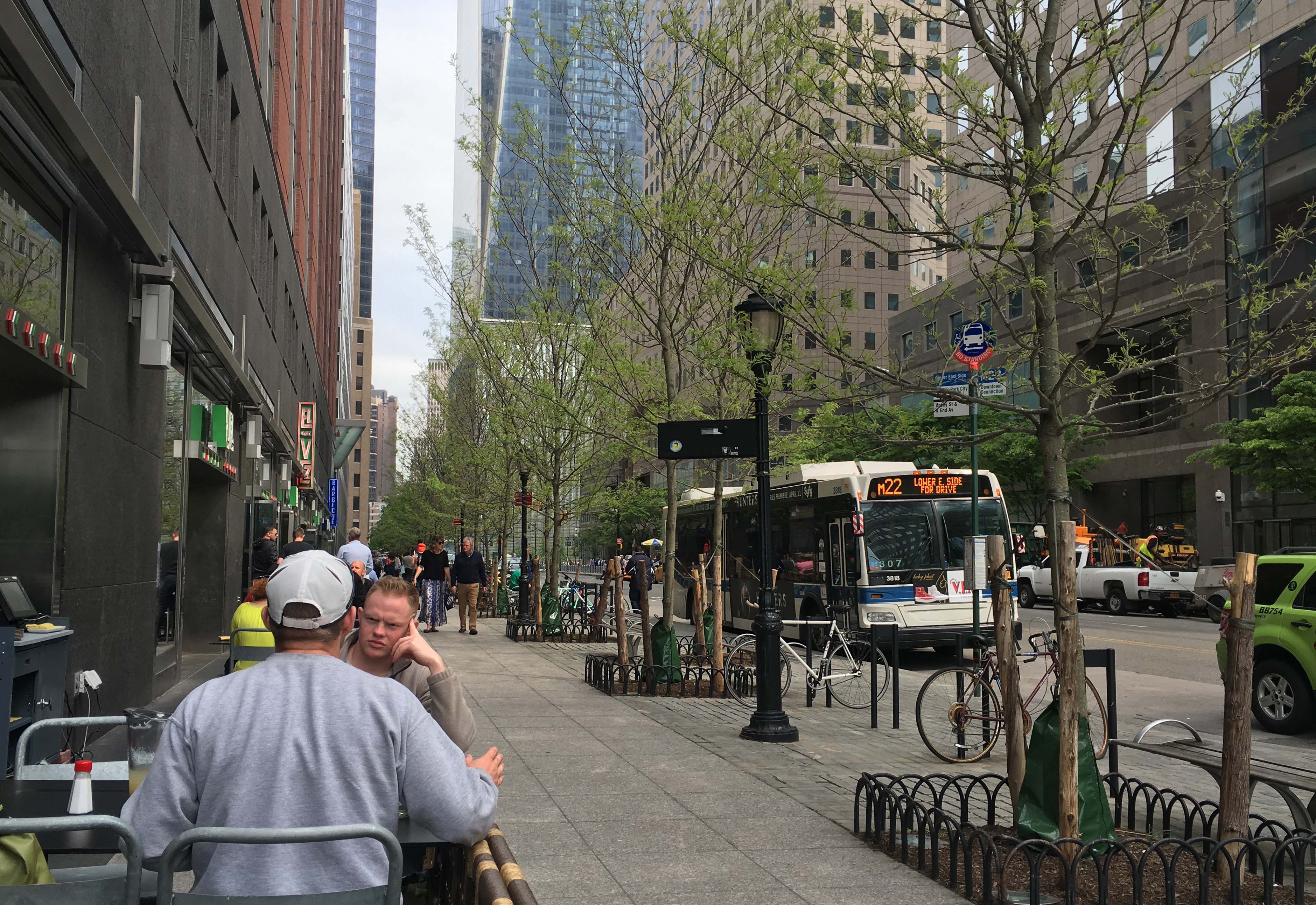 Update May 14, 2016- The Greer Grove of honey locusts, planted last fall, have lived and are greening up.

The El Vez people, for whom we did this favor (see below), wrote, “They look great. I’m going to put a little sign that says “Trees donated by Greer for a better Battery Park.”” Update July 22, 2015- The manger of El Vez informed us, “The trees are getting removed this morning starting at 8 o’clock. Unbelievable. Thank you.”. We do not yet know whether the BPCA or private sector companies paid for this. Stay tuned. Update July 19, 2015- Goldman Sachs has weeded the base of the trees and added mulch. New trees will arrive this Fall.

The same geniuses at the BPCA who allowed weeds to proliferate for two years along the West Side Highway as they played a game of chicken with the HRPT are now doing the same thing right in front of Goldman Sachs territory.

The trees on the north side of Vesey Street by El Vez, the Conrad, and Goldman Sachs (Goldman properties), were all killed when an underground ConEd steam pipe malfunctioned. Goldman investigated and repaired a few of the trees right by their entrance, but the rest of the project has remained undressed. Meanwhile, the ugly trees are glaringly obvious and weeds are sprouting up.

Sources tell us that all three entities are pointing fingers at one another. Goldman Sachs says that it is not their problem. The BPCA says the same, and ConEd is just a big belligerent bureaucracy with no accountability.

One reason that things are falling into shambles right by the sacred ground of Goldman Sachs could be that the former head of all properties, Timur Galen, is no longer with the firm. Dino Fusco took over that role.

Dino Fusco of Goldman Sachs did not reply to our questions. No one from the BPCA replied either.