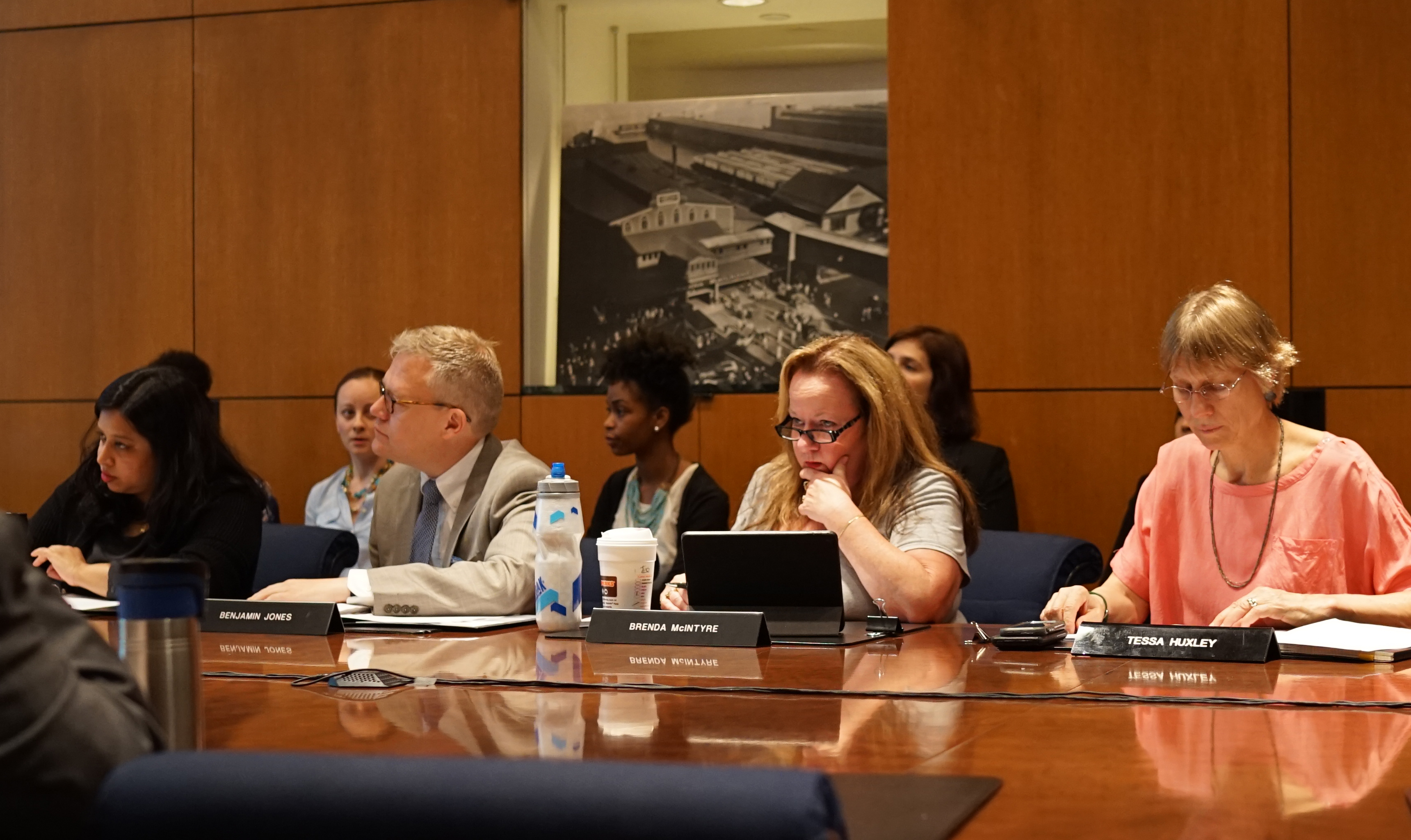 As we reported yesterday, BatteryPark.TV was singled out by the BPCA, not allowed into the July 29th board meeting, and sent a half mile away to 21 South End Avenue to watch the meeting via webcast, violating our First Amendment rights. We have since viewed the meeting on the archived video.

The main topic of the day that the public wanted to hear about was the firing of long-time parks conservancy director Tessa Huxley. However, there was no mention of her throughout the two-hour meeting, despite her not being present for the meeting. The 800-pound gorilla of a topic was utterly ignored. It is possible that the board discussed the Huxley firing during “executive session” because Chairman and CEO Dennis Mehiel mumbled something about “personnel issue” as being on the topic for the executive session.

After the BPCA board meeting adjourned, the same board then convened a meeting of the parks conservancy “directors”. Again, Tessa Huxley was absent and there was no mention of her firing. Only many hours later at 9:30 PM did the BPCA issue a comment by President Shari Hyman confirming that Tessa Huxley had been ousted (full text below).

Since no replacement for Tessa Huxley has been announced, the parks conservancy is leaderless. BPCA insiders have told BP.TV that Mr. Mehiel has wanted to decimate the conservancy and outsource the care of the parks to contraction companies friendly with the governor. Most of the senior employees of the conservancy have not been fired and not replaced.

Martha Gallo, the only BPCA board member to live in Battery Park was conveniently not present for this board meeting. This raises the question of her willingness to stand up for issues that affect the local community.

It is also unclear whether Ms. Gallo is even still on the board. A new board member, Hector Batista, recently appointed, was introduced at the meeting and sat where Ms. Gallo used to sit. The BPCA website is out of date and does not yet mention Mr. Batista. Therefore, the fact that it still mentions Ms. Gallo is not reliable evidence that she is currently on the board. When the last BPCA member, Fernando Mateo, vanished in scandal, the BPCA also made no mention of it during the public meetings. Recall, there are at least three vacant BPCA board seats that have to be filled by appointment, and many local politicians have called for the governor to appoint local residents. The BPCA collects approximately $260 Million per year in revenue from local residents and business in the form of taxes, and unelected BPCA board members appointed by the governor completely control what happens to those tax dollars.

It is worth noting that the reporters for the local press, such as the Broadsheet and DNAinfo, did not ask a single question of the BPCA board. BatteryPark.TV has been the only news source to ever ask a question during one of the public board meetings (We inform). The BPCA under Mr. Mehiel’s leadership has never hosted a single Town Hall or press conference.

Statement from the BPCA issued after the BPCA board meeting:

“Tessa leaves behind a seasoned and valuable staff led by T. Fleischer, Bruno Pomponio and Abby Ehrlich,” said Ms. Hyman. “Their devotion to maintaining the parks of Battery Park City in an environmentally conscious manner, and to providing dynamic programming, has made the parks a magnet for all New Yorkers. My pride in them, and in what the Conservancy and Authority have accomplished, is enormous”.

This entry was posted in - Politics, City government, State Government. Bookmark the permalink.