Even if Trump is impeached, which he won’t be, he will be able to run in 2024 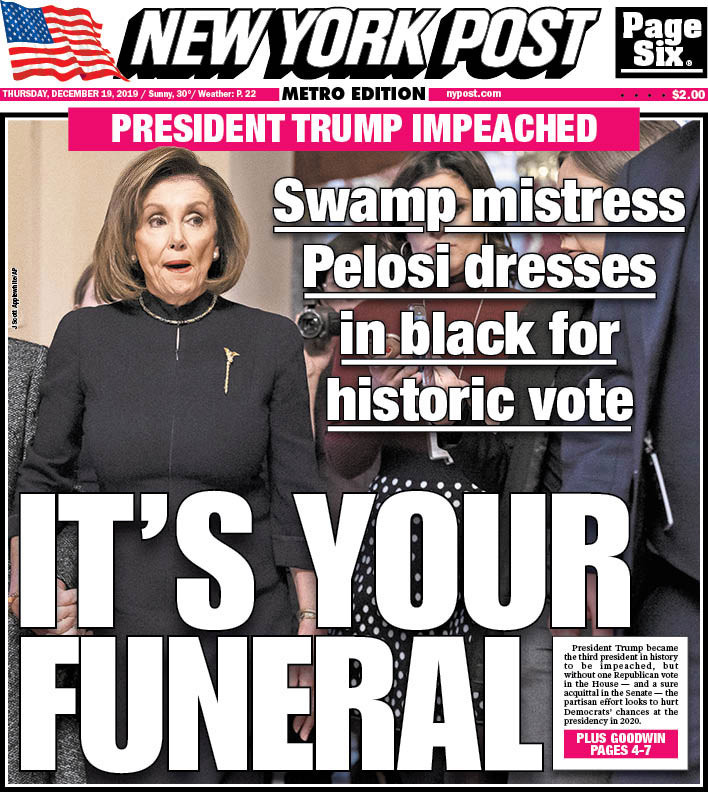 A credible constitutional lawyer on Newsmax just explained the history of whether or not someone can be impeached after they leave office. One example was under Adams when a senator who was expelled and then impeached, and the second example came in the next century under Ulysses S Grant when his secretary of defense resigned and then was impeached.

In the first case, the Senate in their trial ruled that they did not have jurisdiction over someone who was no longer in the Senate. The second time around, Grant’s cabinet member was found not guilty, and a big reason for that was the previous case law that they do not have precedent. Then, the constitution is not clear whether or not an impeachment would even bar him from running again.

In other words, Trump cannot be impeached if he leaves office. Even if he is impeached by this ultra-corrupt congress, then the constitution does not prevent him from running again (it bars appointed officials who are impeached from serving again).

Nancy Pelosi thought a few days ago that she might be able to get impeachment done now, while Trump is in office, but she’s embarrassing herself again. She is the gift that keeps on giving. All that Nancy Pelosi is accomplishing here are three things:

B) Making impeachment a badge of honor in politics

I said for a week or so that the big hurdle for these illegal communists, the ones who just took over the country, will be in controlling the 100 or 200 million Americans. I don’t see how they’re going to do it. We have too many state laws at our disposal. If they started to try forceful entries into our homes and so forth, like they do in the big cities or Europe, you would see a hot Civil War. We already started a hot Civil War, but it would get real.