Folks, stay away from those hookers 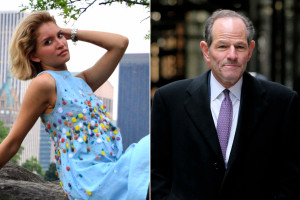 April 4, 2016- The post reports on what we have been warning about for a long time. New York women in the sex industry are extorting johns. We have seen it with Eliot Spitzer, athletes, and even non-celebrity doctors who were drugged at Scores then extorted.

The Post reports, “For a new breed of Manhattan hooker, the big money is no longer in sex — it’s in extortion.

Scheming prostitutes are shaking down rich and famous johns by threatening to expose their transgressions unless they cough up cash, The Post has learned.

“It’s open season on high-net worth johns,” he said.

“I’ve been getting four or five of these cases a month over the past seven months. This is no coincidence.

“I’d attribute it to what happened with Eliot Spitzer.” Weisberg said, referring to the former governor who was targeted for a shakedown by a Russian hooker in February.

Weisberg’s entrapped clients include a noted architect, the head of a white shoe law firm and an NFL football player.

In one recent example, a married Manhattan CEO exchanged explicit emails with a transvestite hooker he met on Backpage.com and gave her his phone number.

The woman used that information to unmask his identity –- and demanded $1,500 to clam up about their steamy exchange.

“He was terrified,” Weisberg said.