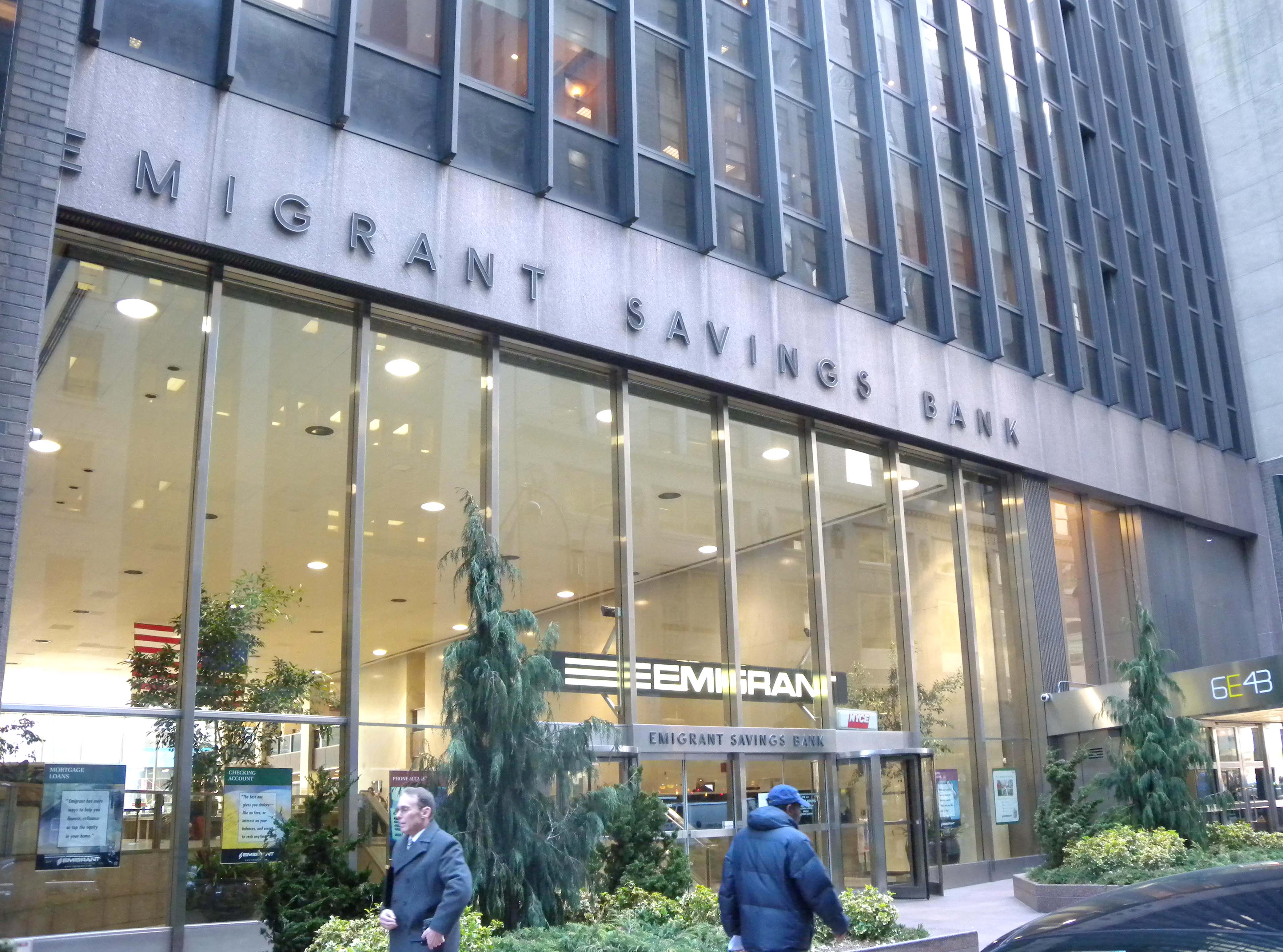 Update June 29, 2016- Law 360 reports, “A New York federal jury on Monday determined that Emigrant Savings Bank discriminated against minority homeowners by targeting them for high-cost loans that the bank knew they were likely to default on, and found the bank liable for $950,000 in damages.

After a monthlong trial and about two days of deliberation, the jury said that the bank and related entity Emigrant Mortgage Co. issued loans with unfavorable terms to eight homeowners who were intentionally discriminated against based on their race. The jury awarded six of the plaintiffs a total of $950,000 in damages, and the jury said two plaintiffs released their claims by modifying their loan terms in 2010, according to the bank, which confirmed the verdict to Law360 on Tuesday.

A spokesman for Emigrant said the bank plans to appeal the verdict.”

June 8, 2016- BatteryPark.TV is suing Howard Milstein and his companies for violating the Fair Housing Act and First Amendment, among other things. The NYT reports:

Among the mighty of New York City, Howard P. Milstein roams many corridors of power. He sits at the head of charities, has been the chairman of the State’s Thruway Authority and can find his family’s name chiseled onto the walls of hospitals.

He also has run the Emigrant Savings Bank since 2004 — “We saved it,” Mr. Milstein said — and expanded a vigorous program that made hundreds of millions of dollars in loans to people with bad credit ratings and no proof that they could pay the money back.

They did, however, have houses that were rich in equity for collateral, and signed documents agreeing that they would pay an interest rate of 18 percent if they fell behind, a circumstance that befell half of Emigrant’s subprime borrowers by 2009.

In Mr. Milstein’s telling at a federal trial now underway in Brooklyn, such lending was a great service to the community, a source of capital for people who could not otherwise get money. “We were booking more loans and saving more homes for people,” he said last month.

Many such loans are widely seen today as part of the toxic financial sludge that accumulated ahead of the global banking and investment crisis of 2008. They are illegal now. But eight families are suing Emigrant and its mortgage subsidiary, claiming that the bank’s lending practices were also illegal a decade ago, at the time their loans were made, primarily because the loans wound up being marketed to minority homeowners.

That is a different, more nuanced issue than whether the loans were wise or contributed to good social hygiene. The bank argues that anyone, of any race, with low credit and high equity in a home would have been eligible for its subprime lending. The color of the hide did not matter, as long as it was otherwise suitable for skinning.

If the financial crisis was one kind of reckoning, the trial of Emigrant is another, micro-version: a vision of an unhealthy, unwise or naïve appetite for debt on the part of some borrowers, and the unseemly drive to provide it that led Mr. Milstein to plow more and more money into a program with a skyrocketing rate of people falling behind.

“They had a high rate of delinquencies, is that right?” asked Reed Colfax, a lawyer representing eight people suing the bank over the loans.

“Well, it depends on what time frame you’re talking about,” Mr. Milstein replied. “Certainly during the fiscal crisis they had a high rate.”

About one loan in four was delinquent around the time Mr. Milstein took over the bank in 2004. By 2009, it was one in two. Under Mr. Milstein, the bank paid its highest incentives and commissions to people who brought in the subprime loans, and nearly tripled the amount of lending, according to records presented at the trial. They were known as Star or Nina loans.

“Well, isn’t it true that they always had the highest rate of delinquency of any mortgage program you had in the bank?” Mr. Colfax asked.

“Well, when you think of delinquencies, you have ——” Mr. Milstein began, before being interrupted by Judge Sterling Johnson of the United States District Court.

“Yes or no?” Judge Johnson asked.

“Well, I would say that for the credit scores they were as expected but that may well have been the highest,” Mr. Milstein replied. “It was a very small — the smallest of our programs.”

Judge Johnson apparently saw that as a nonanswer. “Strike that from the record,” the judge said, and Mr. Milstein eventually conceded that it did have the highest rate. Nevertheless, documents showed that the delinquencies presented little risk because the homes were so valuable.

The borrowers — among them a home health aide, a clinic worker at Rikers Island and a library employee — described financial binds for which the subprime Emigrant loans seemed a way out. They testified they did not realize they were signing up for 18 percent interest rates after being late on payments for a month or two. Like Mr. Milstein, they resisted answering straightforward questions such as whether they had signed certain forms disclosing their perils.

Having fallen behind by more than $30,000 on water and gas bills, Edith St. Jean testified, she and her husband found a broker who set them up with an Emigrant mortgage and promised that the refinancing would yield enough cash to pay all their old bills and increase their monthly payment by only $500. At the closing, she said, she discovered it would be twice their previous monthly payment, but was assured of a lower payment in six months. It never came, she said. “They destroyed my life,” she said.

An Emigrant lawyer, Keisha Ann Gray, said that Ms. St. Jean and all the borrowers were getting choices. “And as an adult,” she said, “who better to know how much you can afford than you?”