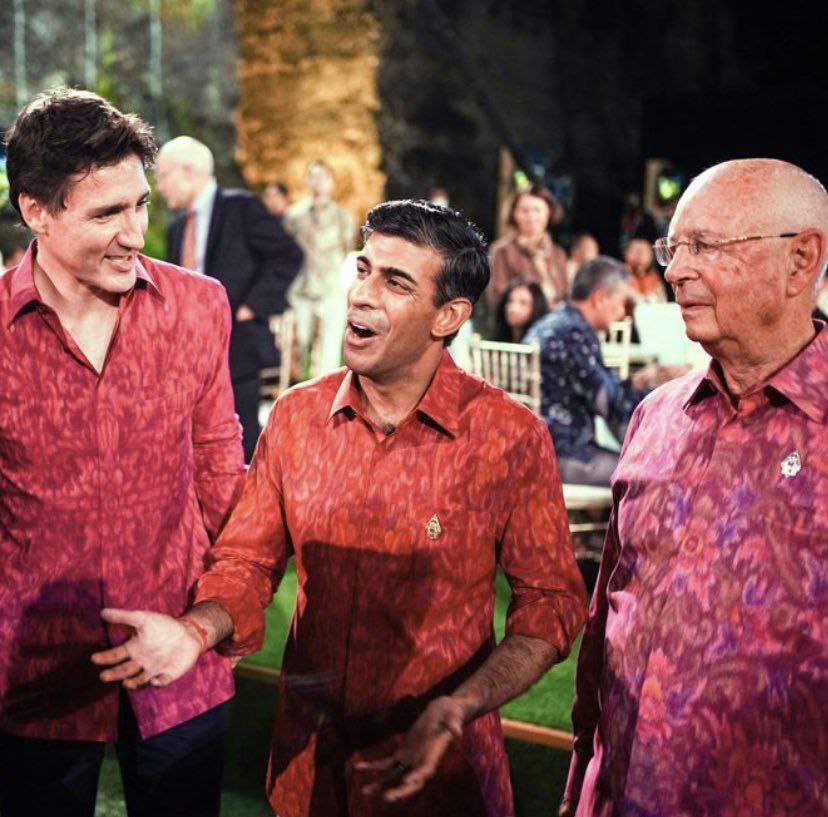 It took me 18-years, but I just realized something. I think I was recruited by this same James Bond Spectre group behind the WEF to be one of their young leaders.

Back in 2005, or it might have been 2006, I was working at Merrill Lynch traveling in Europe. Some flights were canceled and it forced me to get on a first class flight, something I would not normally do. I flew back from Amsterdam to New York at the top level of the 747. I sat next to an ambassador to the United Nations from another Anglo country.

We hit it off. I was talking about big ideas like nuclear weapons and so forth. (This was after 9/11 and I had concerns about suitcase nukes).

Then, a short time later, I received at my work a fancy gold-engraved invitation to a party at this ambassador’s residence near the United Nations. I was thinking about that party recently because it is finally starting to make sense.

I had never been in a fancy New York penthouse full world leaders. It was very well planned. Seats around the dining table were arranged by name. This event had some thought behind it.

I was talking to Paul Volcker of the Federal Reserve (I made an acquaintance with Paul and we stayed in touch). The CEO of Comcast was there. We now know what a crucial role those global communication companies play. There was a former governor of New Jersey, disgraced by some scandal, who was there.

Literally, everyone in the room was either a CEO, politician, or senior official. This was clearly one of those secretive meetings of elites that you think about when you see Davos or any other WEF meeting. It had that Eyes Wide Shut vibe.

I had no idea why I was there. It was really strange. I did not belong there.

I asked my Wall Street friends, who are accustomed to attending fancy events, and none of them had ever been to such a thing. This was above the hedge fund social class.

The ambassador then told me about how he was discussing our 747 conversation with Henry Kissinger. He relayed a message back from Henry Kissinger to me saying that Kissinger thought my ideas on nuclear weapons were good.

I only recently realized that Henry Kissinger created Klaus Schwab. Ole Klausy did not come out of nowhere. He was just the extension of what they have been doing for a long time. There have been shadowy world governments since the 1900s. It was all created by the wealthy oligarch robber barons in the United States.

We also know that these stooges who are now running New Zealand, Canada, Netherlands, etc., were all part of this WEF Young Global Leaders program. Spectre’s tentacles recruit people, turning the most gullible and pliable into prime ministers who sell their souls. Those who rise to the top also have been compromised by some skeleton in the closet making them controllable (For examples, pedophile or Epstein Island scandals, being a bastard, being the child of a WW2 Nazi, or being a crackhead are all prerequisites to becoming a leader.).

Well, I must have clearly disappointed them because they never invited me back. But that is a compliment. I was not a useful idiot.