Impeachment— bring it on. Let the games begin. 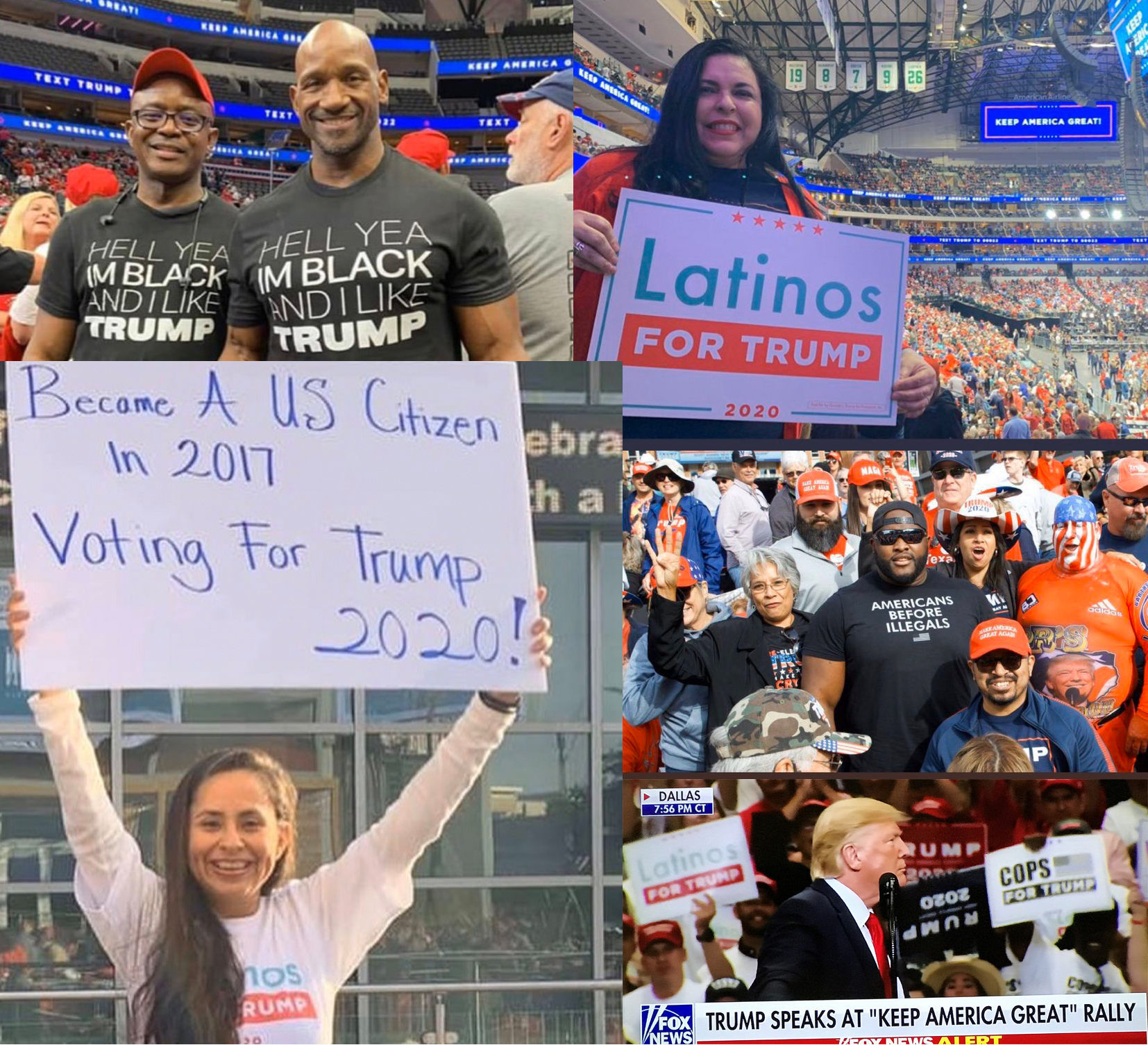 President Trump held another huge rally today. This time, the venue was Dallas. He filled the basketball arena inside and had more people outside.

The campaign folks are finally getting smart. They placed people of color, blacks and Latinos, in camera view behind Trump. They made signs, such as “Latinos for Trump”

This is why the Democrats are behaving like desperate cornered wild animals and resorting to fake impeachment investigations after their first coup d’état failed. They know that Trump is wildly popular with the entire spectrum of America. Only a small group of elites protected in their fragile bubbles are adamantly opposed to populism and Trump.

The best thing that could happen to the United States of America would be for the Democrats in the House to go forward with an impeachment vote. It would give the Republicans the green light to then finally purge this nation of some of the biggest crooks and take steps toward renewing faith in the constitution.

The unwritten rules of politics are as simple as the adage, “What is good for the goose is good for the gander” In plain language, it means that tactics used by one political party then become fair game for the other party. Newt Gingrich opened up frivolous impeachment as a weapon of political war. Now, the far-left thinks they have a right to use it too.

Great. Let them impeach Trump. In fact, Trump should be baiting them and rooting them on. He will not be removed from office by the senate. Even if he were, he would get re-elected.

But what impeachment would do is allow the Department of Justice to go after the flagrant crimes committed by Obama, Biden, and the Clintons. Impeachment would elevate the ongoing Civil War. Large portions of the country would demand justice.

First, all of the Obama stooges in the spy agencies and DOJ who tried to oust Trump with a bogus “Russia collusion” strategy should be arrested and sent to jail. They lied to federal judges and circumvented U.S. law by outsourcing spying on Americans to allies in the U.K., Italy, and elsewhere.

Those prosecutions will inevitably lead to Deep State actors, such as James Clapper, flipping and pointing the finger at Obama. There could be a retroactive impeachment of Obama. He has a low approval rating even among Democrats.

Then, the Clintons need to go down for selling their offices. Hillary sold her position as Secretary of State to foreign nations looking for favors. They paid her through her bogus Clinton Foundation.

After that, Trump, who will still be POTUS, and his Republicans in the House and Senate, should break up the globalist companies working with China. Big Tech, Big Media, Big Pharma, and the others need to be taken down.

The people who should be the most nervous about impeachment are Obama, Biden, the Clintons, and the globalist companies. Impeachment— bring it on. Let the games begin.