Is the Supreme Court not working from a full bench? 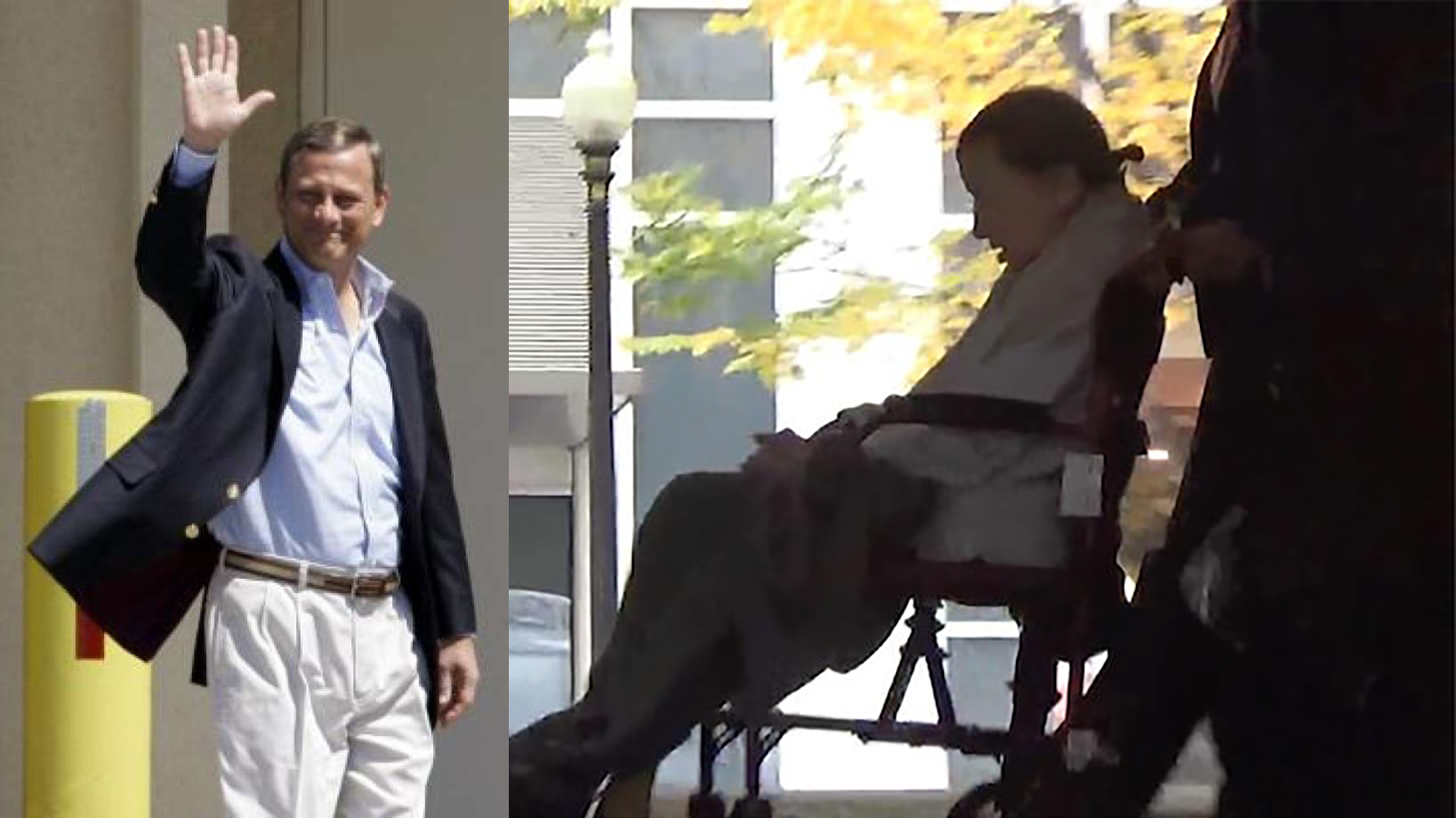 I filed a motion today in The Supreme Court of the United States. It raises a very important question. With Justice Ginsburg being 87-years-old and with Stage-4 pancreatic cancer, undergoing chemotherapy and being hospitalized often, and Chief Justice Roberts also with illnesses requiring hospitalization, is the Supreme Court really operating from a full bench on nine judges? Should the long-debated question of age limits on federal judges be revisited?

Here are some portions of my motion:

Pursuant to Rule 44 of the Supreme Court of the United States, Petitioner Steven Greer hereby respectfully petitions for a rehearing of this case before a full-bench of nine Justices.

The grounds by which the petition for rehearing is made is an incapacitation of this Court due to medical illnesses of multiples Justices that prevented a full-bench conference to convene on June 18, 2020 when the writ certiorari was first heard.

Pertinent Facts to this Motion for Rehearing

Based on statements from Justice Ruth Bader Ginsburg and articles in the press, the judge’s Stage-4 pancreatic cancer is progressing. She has been undergoing toxic chemotherapy since May after less toxic immunotherapies failed. The judge has also been hospitalized on more than one occasion this year for treatment of sepsis, including in the month of June.

Petitioner, a medical doctor, is saddened to learn of this. Based on these facts, it is likely that Justice Ginsburg was significantly incapacitated in the month of June when the writ was evaluated by the panel.

Petitioner need not provide more evidence given that the Justices adjudicating this motion know the facts. If Justices Ginsburg and Roberts were indeed unable to be active participants in the review panel of June 18, then Petitioner’s writ was prejudiced and deserves a rehearing due to the lack of a full-bench hearing.

Importantly, had Petitioner known sooner about the ailments facing those Justices, rather than learning about them months after the facts, he likely would have motioned for the writ to have been reviewed at a later panel in the 2020 sessions. Instead, he opposed Respondents’ motion for an extension of time, which resulted in the June 18th review date.

In addition to those issues specific to Justices Ginsburg and Roberts, all of the nine Supreme Court Justices, and their law clerks who do the heavy lifting, have been unable to perform their normal duties due to the pandemic rules of court. Courts all over the country are trying to cope with new ways to conduct oral arguments and trials remotely via Internet. Cases are backlogging. The Supreme Court is not immune to those pressures. Perhaps not coincidentally, no writ was granted on merit from the June 18th review session.

The History of Similar Events

Since the passing of the United States Constitution and then the Judiciary Act of 1789, there have been many instances of Justices who were allowed to serve on the bench despite being incapacitated. Since the 1990’s alone, Chief Justice Rehnquist was rumored to have been addicted to opioid medications and Justice Marshall was pressured into retirement by a scathing decision by Justice O’Conner.[1]

Legal scholars, and even former Justices, have questioned whether the framers of the constitution erred by not placing an age limit on federal judges.[2] Congress has made several serious attempts at reforming laws that would allow for incapacitated judges to be removed without having to resort to impeachment. From 1937 through 1955, two major efforts to add a constitutional amendment mandating retirement at age 75 almost came to fruition. Less drastic legislative solutions were then proposed in the 1970’s.

Now, the controversial decision by Justice Ginsburg to stay on the bench at age 87, with serious illnesses, is stirring skepticism anew about the ability of the Supreme Court to self-regulate and maintain quality control. There is a revived interest in age limits on the federal benches.

Case Precedent for this Motion for Rehearing

If it is true that one or more Justices were not in their full capacity, or even present at all, for the June 18, 2020 writ review conference, then a full-bench did not assemble. While it is rare for Rule 44 motions to be granted, it is not unusual for rehearing under circumstances when there is not a full-bench.

This Court has often granted rehearings to allow for a full-bench procedure. “[R]ehearing petitions have been granted in the past where the prior decision was by an equally divided Court and it appeared likely that upon reargument a majority one way or the other might be mustered.” Stephen M. Shapiro et al., Supreme Court Practice § 15.6(a), at 838 (10th ed. 2013). “The small number of cases in which a full Bench can rehear a case decided by an equal division probably amounts to the largest class of cases in which a petition for rehearing after decision on the merits has any chance of success.” Id. at 839.

Based on the official statements from this Court regarding recent illnesses of Justices Roberts and Ginsburg, any medical doctor or jury would conclude that they were incapacitated during the month of June when this writ certiorari was supposed to have been reviewed by a full-bench. Those facts were not made public until after the review session on June 18, 2020. Had Petitioner known, he would have motioned for a postponement of the June 18th session. Therefore, in order to comply with the standard operating procedure of The Supreme Court, this motion for rehearing should be granted.

[1] “Eight days after that decision in Gregory v Ashcroft, Thurgood Marshall finally announced his retirement from the Court.” From The University of Chicago Law Review. Vol. 67, No. 4, Autumn, 2000

[2] “Justice Lewis F. Powell, Jr., retired from the Court at age seventy-nine. Powell told reporters upon announcing his departure that “I believe I said some years ago that it would have been wise for the Founding Fathers to have required retirement of federal judges at a specified age, perhaps at 75.” From The University of Chicago Law Review. Vol. 67, No. 4, Autumn, 2000