It has begun. The DOJ and DHS are now stalking conservatives. 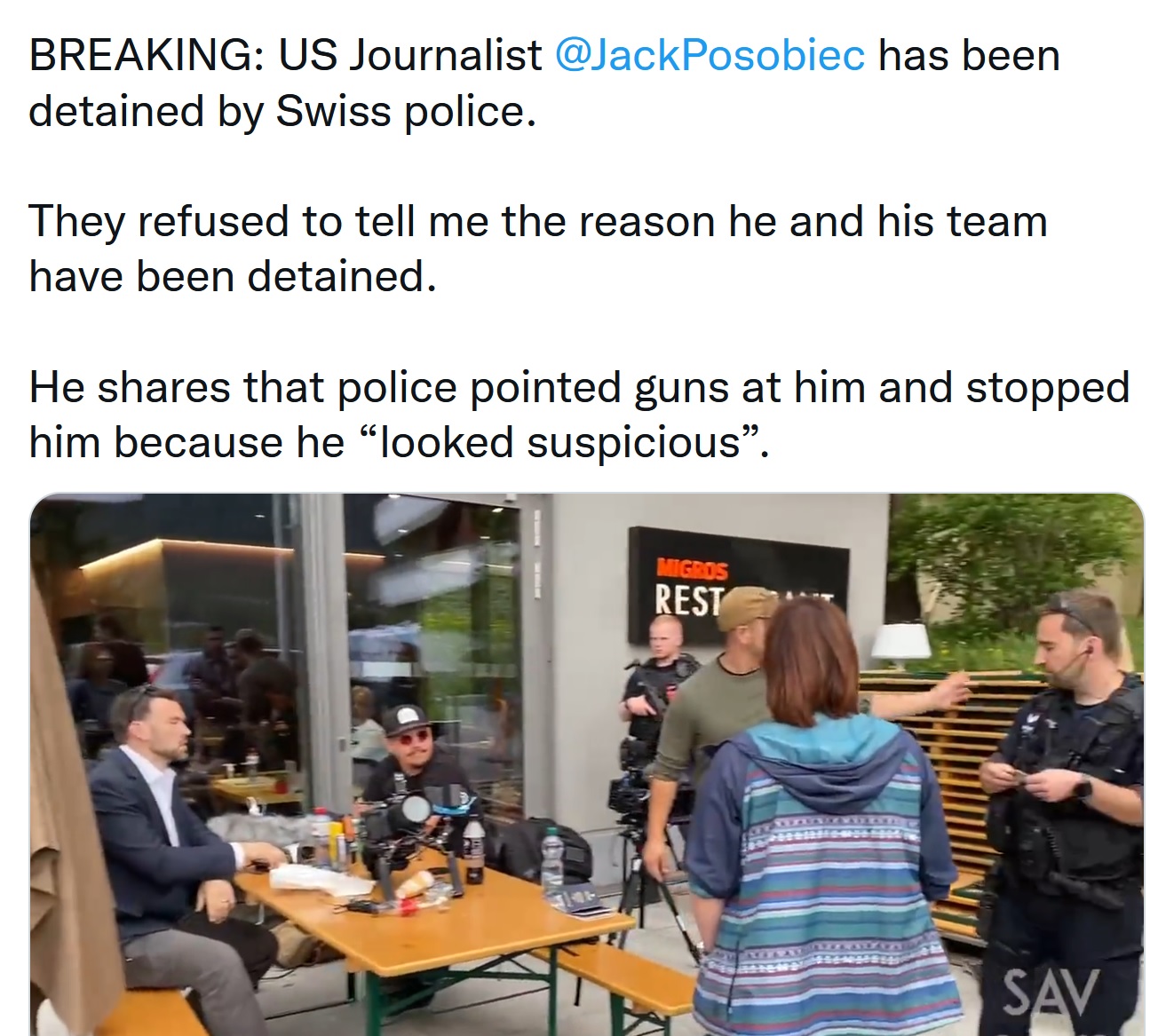 So far, today alone, two notable events have made the Twittersphere news. In Switzerland, mild-mannered reporter Jack Posobiac and his team were detained, as they sat outside at a restaurant in Davos, by World Economic Forum security with “police” badges with assault rifles . Also, Fox News contributor Joey Jones was met by San Francisco police as he landed at the airport before making a speech to a conservative organization, presumably.

These are the first glimpses of the efforts by the newly created units within the DHS and DOJ to attack “domestic terrorism”, “hate speech”, and “disinformation” (They certainly alerted the Swiss military and police). There have been numerous cases like these before, such as the arrest of Trump supporters who were lured into the Capitol on January 6, 2021. However, those were unofficial and precursors to these official units design to jail and chill political opponents. There now exists watch lists and normal Americans who type the wrong thing or go to school board meetings are being added.

The U.S. now has secret police just like the KGB in Russia and SS in Nazi Germany. It is official. We need to get out of this mindset that it is “happening soon”.