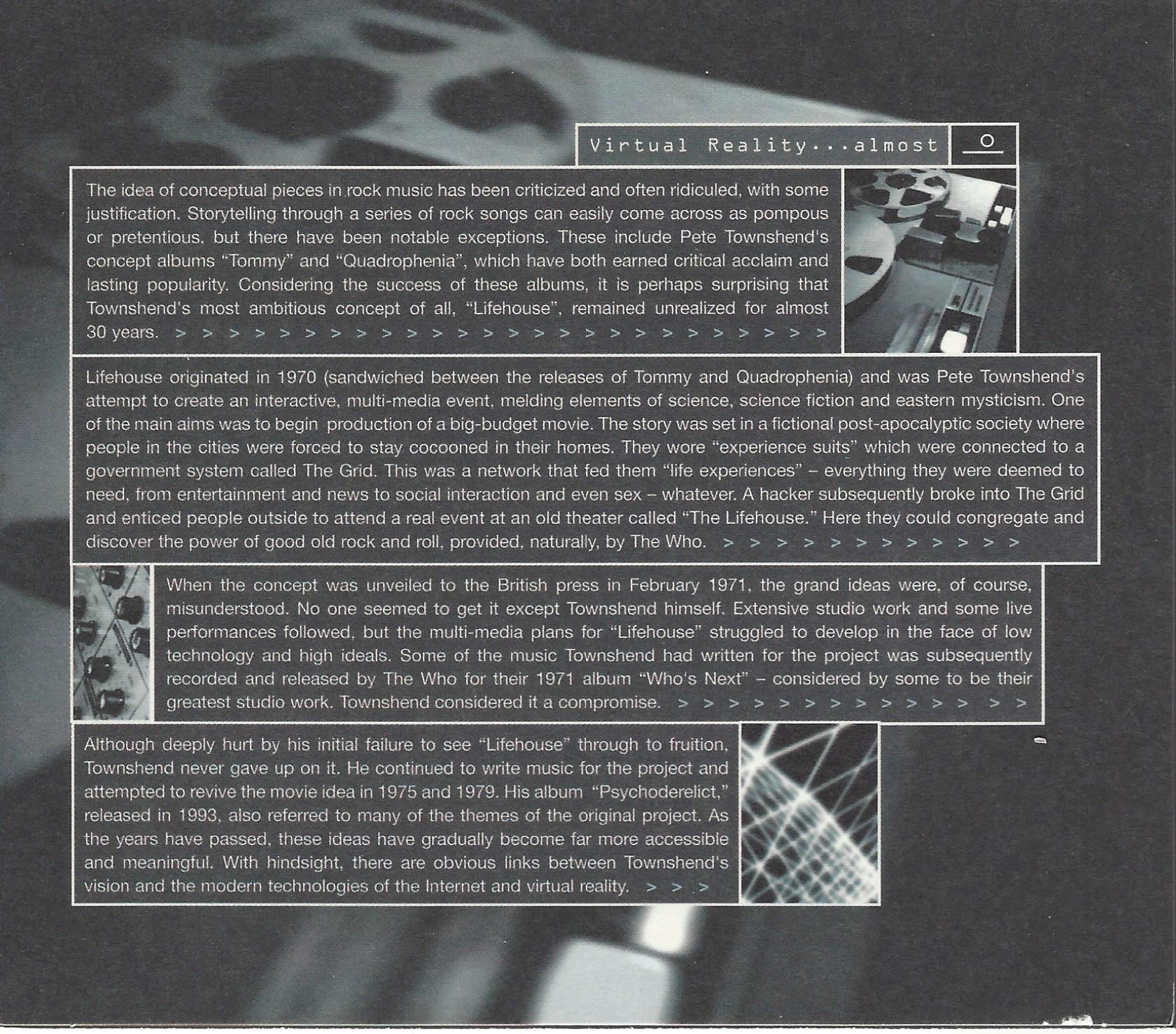 Back in 1970, 51-years ago, a drunk Pete Townshend of The Who slobbered around and half-wrote a rock opera called Lifehouse. It was never completed, but most of the songs ended up in Who’s Next.

The reason it was never completed is because no one in the band’s inner circle understood it. But he was just too far ahead of his time. He perfectly predicted the scamdemic lockdowns of 2020 and the Internet.

In a more recent release of the raw Lifehouse songs, the inner jacket explains this:

“Lifehouse originated in 1970 (sandwiched between the releases of Tommy and Quadrophenia) and was Pete Townshend’s attempt to create an interactive, multi-media event. melding elements of science, science fiction and eastern mysticism. One of the main aims was to begin production of a big-budget movie.

The story was set in a fictional post-apocalyptic society where people in the cities were forced to stay cocooned in their homes.

They wore “experience suits” which were connected to a government system called The Grid. This was a network that fed them “life experiences” – everything they were deemed to need, from entertainment and news to social interaction and even sex – whatever.

A hacker subsequently broke into The Grid and enticed people outside to attend a real event at an  old theater called “The Lifehouse.” Here they could congregate and discover the power of good old rock and roll, provided, naturally, by The Who.”

The real apocalypse was the SARS-CoV-2 virus. It came from China, like the “Eastern” apocalypse of Lifehouse.

“People in the cities were forced to stay cocooned in their homes.” is, of course, what happened in real life last year.

The Internet is “The Grid”. Keep in mind that no one had even thought about the Internet back then. The “experience suits” are our smartphones and video games now.

At the end of Lifehouse, people rediscovered live concerts. That is happening now.