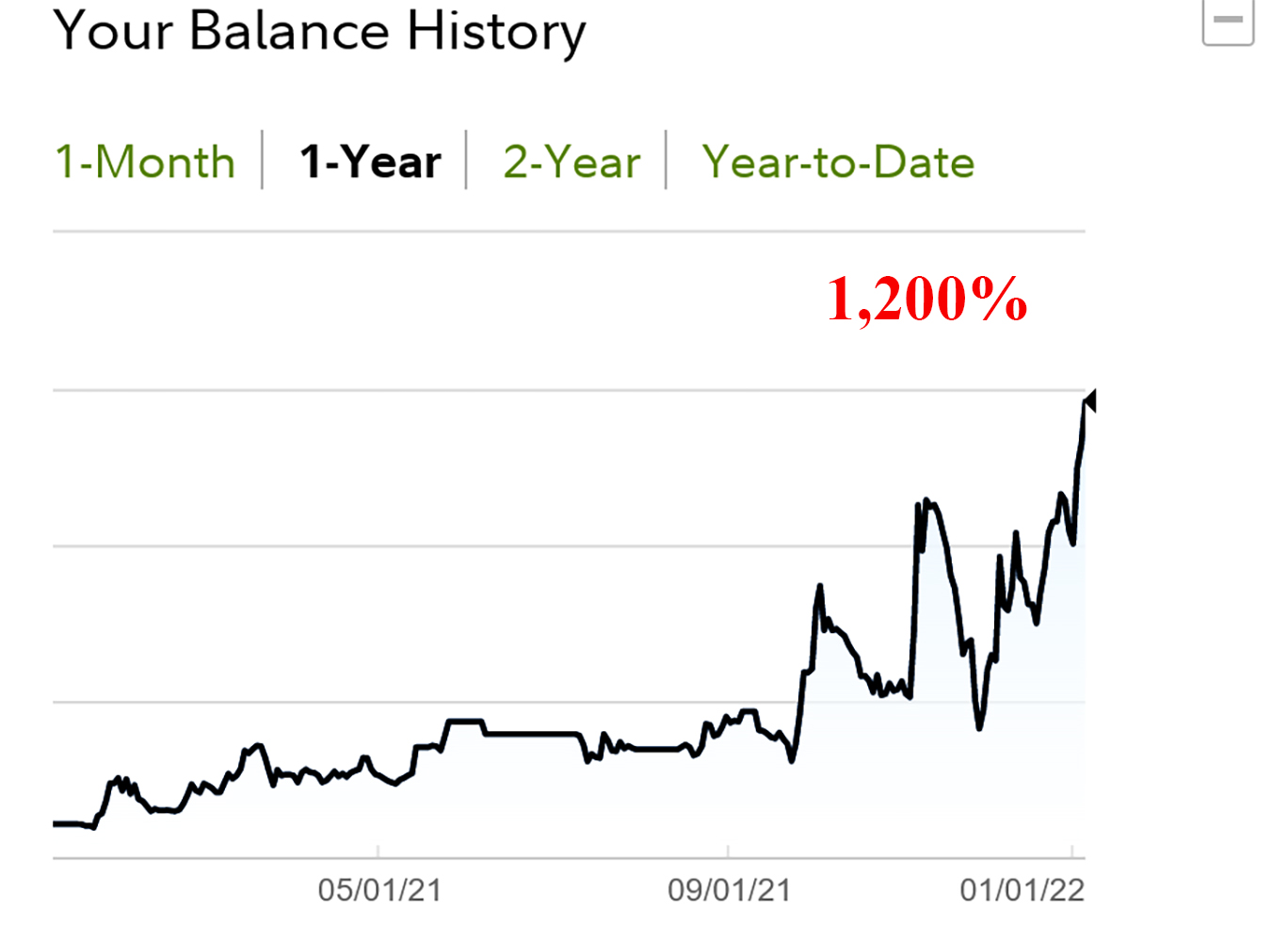 My personal portfolio grew by 1,200% in 2021. I never owned more than two stocks at any time. In other words, I was the antithesis of a “hedge fund”.

I started the year in AMC Theaters for fundamental reasons. I thought the lifting of the year-long pandemic would result in people go to the theaters. I was right. But I also got lucky in that AMC was a RobinHood meme stock. I doubled my money and sold it the day before it went up 1000%, so I missed out on millions. I got back into AMC and doubled my money again. I also dabbled in Smile Direct Club long.

Note, I was not using margin leverage. I got tired of my broker panicking and annoying me with arbitrary margin calls.

Then, in September, I saw that the vaccine stocks were wildly overvalued and people assumed the vaccines would be around forever due to boosters. I knew the vaccines were dangerous and no longer working.

I spotted this as a classic Greer-contrarian bet and I pounced. I am rather famous in Wall Street circles for thinking I am smarter than the entire markets and being vindicated. It takes a big ego, which I have.

However, it was too risky to short those names given the crazy trading of the year. Instead, I spent a couple of weeks speaking to my old Wall Street derivatives friends, learning how to place the best put options.

And here I am. In a year when most hedge funds lost money on shorts that cost them, I had to have posted one of the best performances around, including the day-traders who got lucking in AMC and GameStop. If I had not sold AMC at the wrong time, I would have been up several thousand percent.