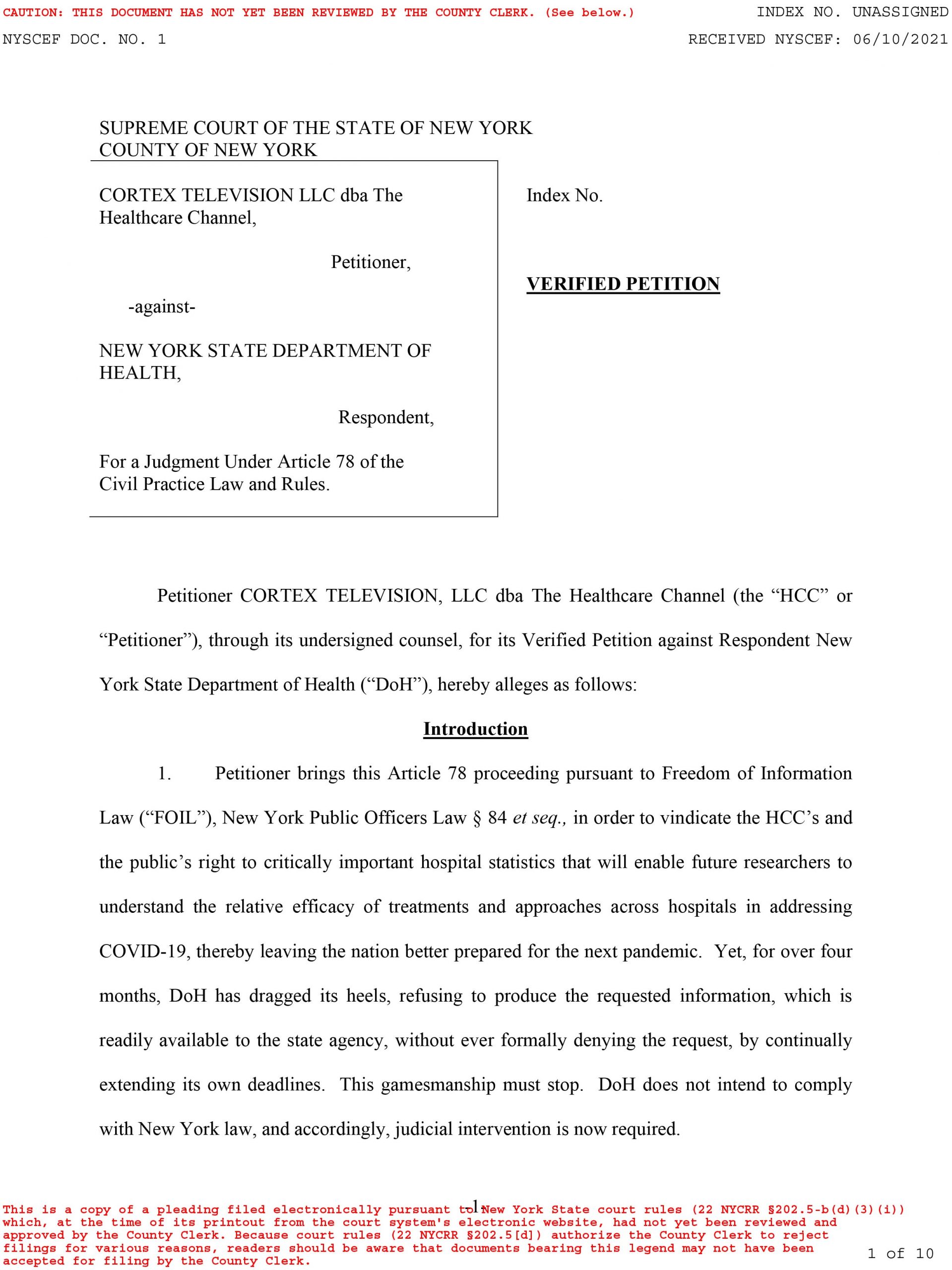 I was the first person to observe that the nursing home deaths in New York were not just caused by an Albany blunder, but rather were possibly manslaughter.

I also stated in my book last year, and in the media, that the high death rates in New York were coming from the state-run hospitals, like Elmhurst, and were human error. The hospitals were placing COVID patients (almost all people of color, making this as racist as it gets) on ventilators just to check the boxes (and get paid higher DRGs), then withdrawing life support. They were putting the patients in corners of the ICU and essentially treating them like hospice patients. That is murder (not just manslaughter). This is a bigger crime than the nursing home deaths.

We recently learned that Europe was even more flagrantly euthanizing people. I guarantee you that Governor Cuomo was trying to one-up his fellow governors and be Euro-liberal by engaging in euthanasia, and I plan to prove it too.

Of note, the hospitals responsible for this genocide of brown people are within Alexandria Occasion-Cortez’s district. Chuck Schumer oversees this state too.

Update August 3, 2021- The NY AG and city lawyers replied to our FOIL and have agreed to give is the crucial data that will show Governor Cuomo’s hospitals engaged in euthanasia of mostly back and brown victims. Stay tuned.

This comes on the same day that the AG issued as report concluding that Cuomo broke laws and sexually harassed female staff. Coincidence? I doubt it.

Update August 31, 2021- My lawyers did a great job with the reply brief. They found state law that states the NY Dept of Health is required to collect the data we seek that they claim does not exist. Here it is. 2021 8-30-2021 Greer reply to NY motion to move