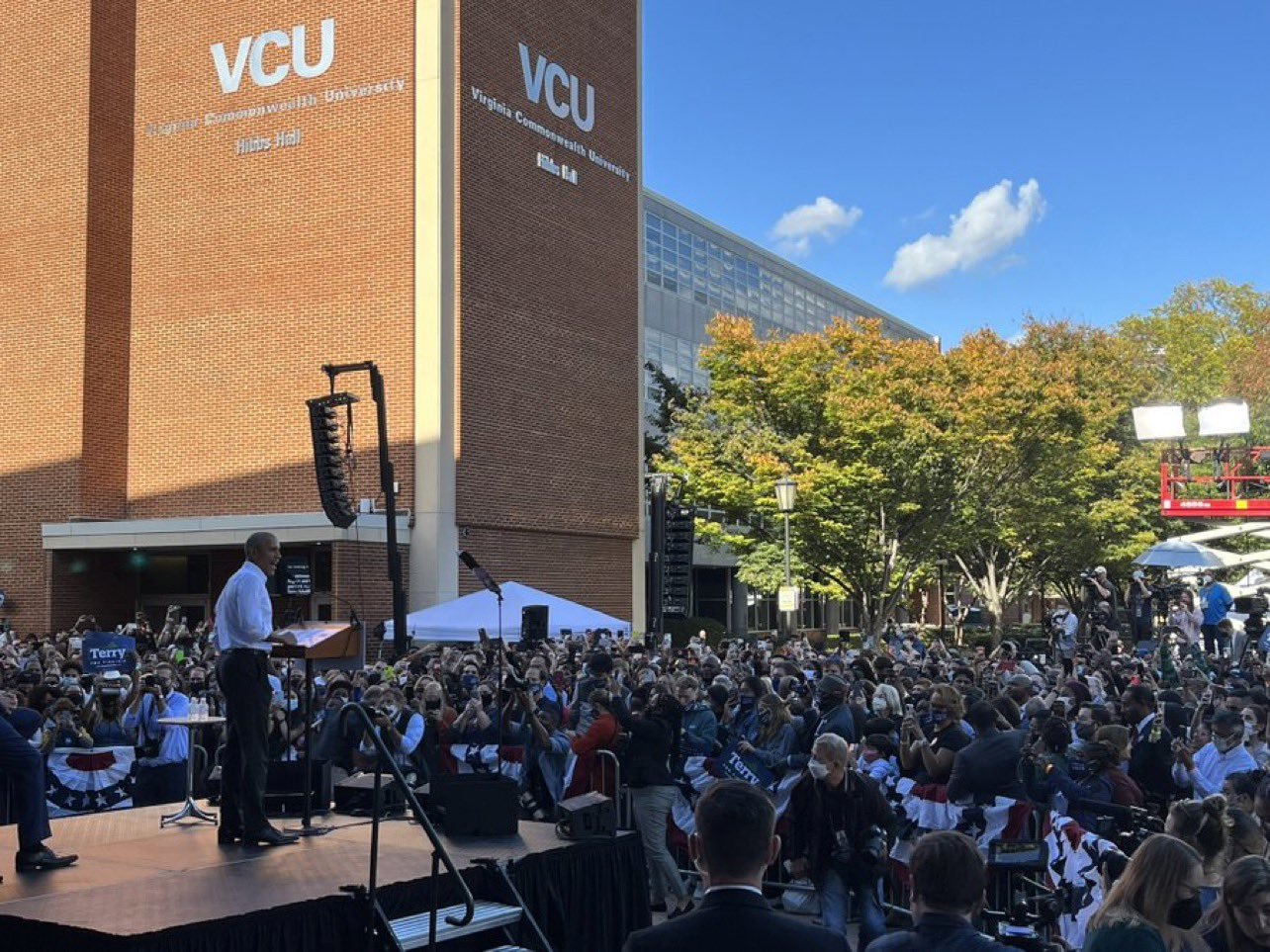 Obama can’t get 200 people to show up in Richmond, Virginia? This will cause panic among Democrats.

I am literally laughing as I drink my coffee watching TV news. The ivory tower, communist, Harvard law and Princeton economic professors guiding third-term Obama and his surrogate Biden are so clueless that it is almost as if they are intentionally trying to commit suicide.

First, the Biden vaccine mandates generated mobs of blacks to protest outside of the Brooklyn Nets stadium in support of Kyrie Irving and in opposition to Biden’s mandates. Those are the “cool” influential base of the Democrats. Other factions of the Democrat base, from school teachers to state employees, are also mad as hell.

Now, that unbelievably bad Janet Yellen, who looks and sounds like something out of a Star Wars bar scene, is proposing to tax billionaires based on capital-gains they have not even sold yet. That means the IRS would have to estimate the valuation of highly illiquid derivatives, for example. Not only is that plan untenable and would be impossible to enforce, but it is going after the power sources that are fueling this whole communist effort. It is the wealthy billionaires and oligarchs who made it possible for Joe Biden. But some clueless, anonymous, ivory tower professor thinks it is a great idea.

This is why we saw the Democrat party give the green-light for Saturday Night Live to start mocking Joe Biden. His days are done.

The theme we have seen over and over for the last 30-years is that Harvard or Yale lawyers and their advisors cannot survive outside of their ivory towers. They live in a delusional world of ideology where utopia is possible. Once they get the power, they screw it up, ala Hillary (e.g., Benghazi and her entire Secretary of State strategy), Obama (e.g., everything he did), and now third-term Obama via Biden where the ivory tower has full reign and is excelling at failure.