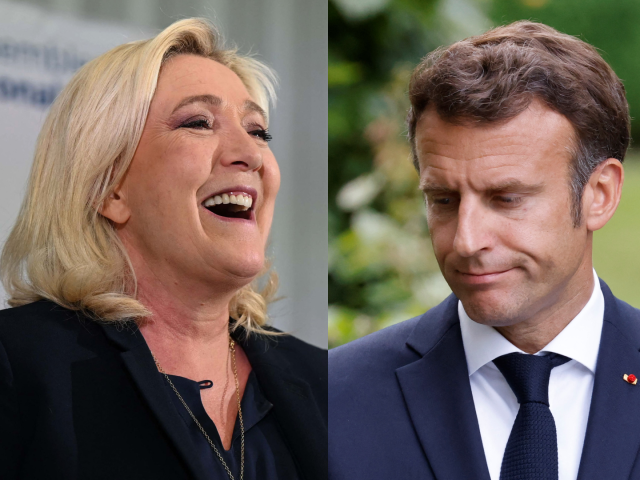 On the Great Reset front, France’s President Macron, graduate of the WEF and a “Davos Man”, lost control of his government to conservative Marine Le Pen’s coalition. This comes just one month after another Davos Man, Australia’s PM Scott Morrison, was ousted. Actor Kevin Spacey, another Klaus stooge, was arraigned in London court on sexual assault charges after evading similar charges for years. The Great Reset efforts also continued to fail in Ukraine as attempts at sanctions actually caused the Russian GDP to grow.

In domestic totalitarianism news, the White House rebranded the Ministry of Truth under a new effort to be led by Kamala Harris. My-Pillow-Man Mike Lindell was cancelled by Walmart. The DOJ still refuses to protect the homes of Supreme Court justices in a blatant attempt to intimidate the court out of its Roe v Wade ruling. Simone Gold, MD was sentenced to 60-days in prison for being at the Capitol while employees of TV propagandist Stephen Colbert, recently arrested inside the Capitol, received no jail time. Also, Biden’s new federal holiday, Juneteenth, saw several large crowd shootings and other violence as the event peels scabs and divides the nation.

In routine politics, Hillary Clinton disappointed no one when she announced that she will not be running in 2024. Biden fell off of a bike as his daughter’s diary was in the news again. She claims that she had inappropriate showers with her father. More Trump candidates won primaries as Never Trumper Rep. Rice was ousted. Also, a Texas border congressional district flipped red.

In supply chain sabotage news, a train carrying coal derailed in Kansas. Russia reduced gas to Germany. Another US food processing plant was attacked (full list here). The EU warned of grain shortages, and the crucial Abbott (ABT) baby formula plant closed down.

In the economy, the global markets tanked as it became clear that a recession is already underway. The S&P alone lost $9.3 trillion from its peak, which was more than what was lost in 2008. Mortgage rates hit 6% as sales and process decline. Ford reported an increase in delinquent car loans. Retail sales fell. Tesla began laying off. Hedge funds went under, and German inflation surged to 33%.

In crimes against humanity, the US became the first nation to allow untested and unsafe gene therapy “vaccines” to be tried in real human test subjects when the FDA and CDC approved the use of COVID vaccines into newborns. Meanwhile, people suspect that the new phenomenon of Sudden Adult Death Syndrome is caused by the vaccines. Rand Paul questioned Tony Fauci about the lack of evidence in this age group. Sen. Ron Johnson commented, “FDA official Dr. Peter Marks says vaccinated kids have a 5 fold increase of myocarditis. Why on earth are they pushing the COVID vaccine on babies? We still don’t know the long-term safety profile of these vaccines.” Robert Kennedy Jr commented, “Epidemiological evidence shows infants, children and adolescents never needed COVID-19 vaccines and certainly do not need them now.” Sen. Roger Marshall, “When will you as Director of NIAID stop funding research in China?”, and Fauci replied, “I don’t think I’d be able to tell you that we are going to stop funding Chinese [scientific research].” The Pentagon revealed 46 “peaceful” bioweapon labs in Ukraine. Lastly, Canada’s PM Trudeau contracted COVID despite claims he is maximally boosted.

On the data front, Moderna (MRNA) claims their vaccine works in newborns based on no clinical evidence. Lancet published a paper refuting the CDC’s claims that school masks work and another one that natural immunity has made vaccines irrelevant by now. The journal Science reported that the vaccines are impairing immune systems to attack the new viruses. Two Italian teams confirmed that early treatment works. Then, Pfizer (PFE) reported that Paxlovid does not work.