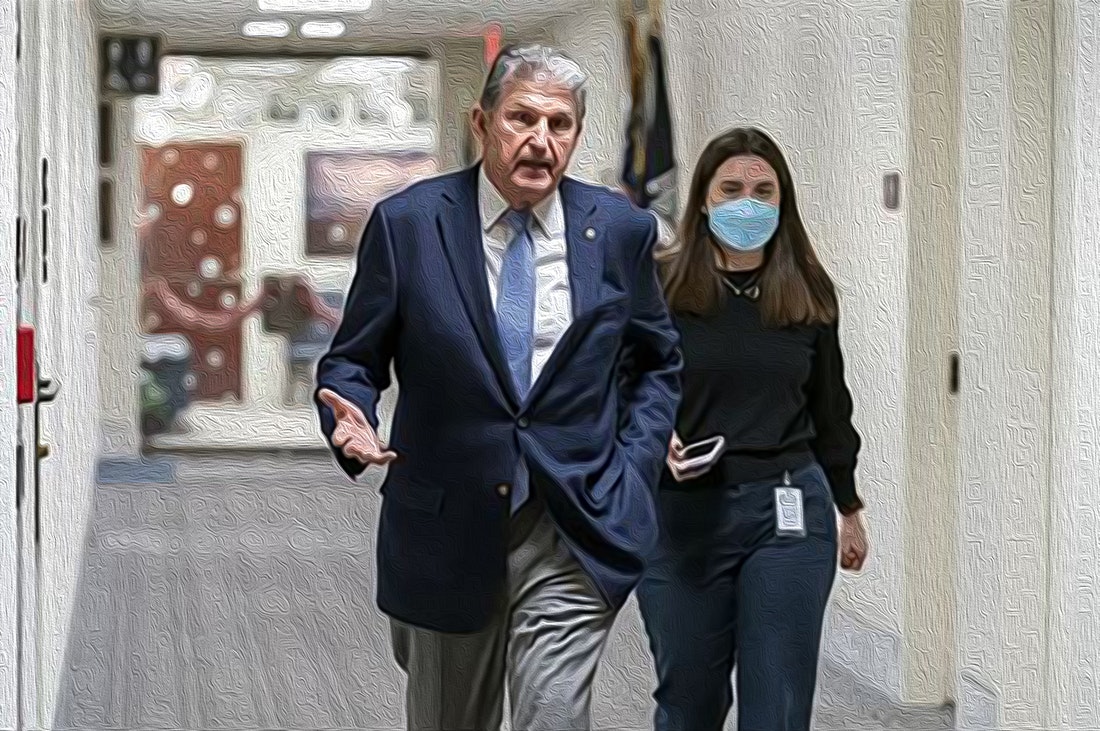 In the general news, Western Kentucky continued the process of searching for bodies after the massive tornado. Biden visited the area and was greeted by crowds yelling “Fuck Joe Biden.” Cities across America are shattering murder records. In Texas, to address the 2 million illegal aliens crossing this year, the state is finally building the Trump Wall that was halted by Biden, and private militias are arresting illegals for trespassing and being jailed in state courts. Also, Alec Baldwin is closer to being charged for murder.

In politics, Senators Sinema and Manchin killed the latest $2 Trillion spending bill that was loaded with social engineering laws designed to rig future elections, etc. Trump is closer to launching his new network to compete with Fox and Twitter. And the only person charged with crimes associated with the governments Russian hoax, an FBI lawyer, had his law license restored by the DC Bar.

In the economy, the next global depression is nearer. For the first time, China might be the cause instead of the U.S. as the Chinese real estate conglomerate Evergrande was declared to be in default of loans by S&P. The U.S. central bank also no longer controls the world. The Banks of England, Russia, etc. moved to raise rates ahead of the Fed, and the Fed dithers with modest curbs on bond buy-backs.

On the scamdemic front, the fourth wave of the Delta variant (not Omicron) is filling up hospitals with vaccinated people who still got sick. South Africa reported lower deaths from Omicron than with Delta. The NFL, with nearly a 100% vaccination rate, had to postpone games as players tested positive. Epicenters of the vaccine mandates, Princeton and Cornell, were both hit with outbreaks amongst their full-vaccinated staff and students. Even the vaccine maker, Moderna (MRNA), cancelled their appearance at the JPMorgan conference blaming COVID (even though it is a virtual Zoom event now. The real reason was likely to avoid questions about vaccine failures and safety), admitting their vaccines no longer work. Also, an article pointed out that the vaccinated do indeed still spread the virus just like the unvaccinated. The Omicron ruse was exposed. It is much less deadly than previous variants and evades the vaccines even more than Delta. Despite that, Tony Fauci thinks the current outdated vaccines are fine and new ones are not needed. As signs point toward the pandemic ending due to this less virulent strain, airline CEO’s question the need for masks on planes. The vaccinated spread the virus as well, despite pro-vaccine claims, supporting the super-spreader theory. Colorado’s Democrat governor declared the COVID-19 pandemic “over”. But the fascists running Europe took the opportunity to unleash new totalitarian measures, such as cancelling Christmas.

In vaccine mandate fascism, almost all federal courts are striking (here and here) the Biden mandates with one exception. The 6th Circuit allowed on Friday the private-employer-OSHA mandate to survive. Prior to that, private employers were dropping mandate policies. Even Amtrak, a quasi-private entity, backed away. The December 27th deadline set by NYC to mandate private employer vaccines, likely to never be actually ruled as legal, is already causing employers send out notices. In the UK, anti-mandate protestors got violent with police. In Communist Canada, grocery stores are denying food to the unvaccinated. And in Communist Palo Alto, Google bucked the trend to be one of the few companies to enforce mandates.

In crimes against humanity, Taiwan reported a similar leak of a Delta variant virus from a virology lab much like the Wuhan lab, adding credence to the lab-leak theory. The journal Nature published an article on the risks of heart toxicity. The CDC officially acknowledged, much too late, that the vaccines are dangerous to children. Johns Hopkins’ Dr. Marty Makary: “There will be unintended harm” from “blanket policy” of giving COVID boosters to young people.” Dr. Peter McCollough criticized CNN’s Sanjay Gupta for “seducing children into getting the vaccine” on Sesame Street, and the former FDA vaccine deputy director who resigned over WH pressure on boosters wrote an article critical of pushing boosters for teens. The vaccine adverse events and cardiotoxicity are so bad in Europe that the soccer telecasts have 15-minute time-outs to monitor for A-fib, and 318 athletes have suffered cardiac arrest with 178 deaths. Tony Fauci admitted two-years ago that the vaccines could be harmful and make the patients worse off. And in pain-pill crimes, a judge vacated the crooked orders that would have allowed the Sakler family to evade any real consequences.

In oral therapy news, a Virginia judged fined a hospital $10,000 per day because they ignored his order to give ivermectin. The medication was delivered. In the UK, to prevent ivermectin from being vindicated, a large study was shut down for no good reason.

In healthcare business news, it is becoming increasingly obvious that Pfizer (PFE) played games with the statistics used to get the vaccines approved. On Friday, to bury the news, Pfizer announced that data from studies in newborns failed to show efficacy and cancelled plans to get FDA approval. Also, Pfizer continues to rely on Israeli data rather than proper US trials. The journal Nature looked at non-gene-therapy vaccines by made the traditional way, such as Novavax’s (NVAX) and the Chinese CoronaVac. The AstraZeneca (AZN) monoclonal antibody designed to prevent infections was launched and ignored by the press as the FDA drags its feet approving the oral pills from Merck (MRK) and Pfizer. Moderna dropped its patent court fight with the NIH, raising the question, “Will Moderna be the next Theranos?”