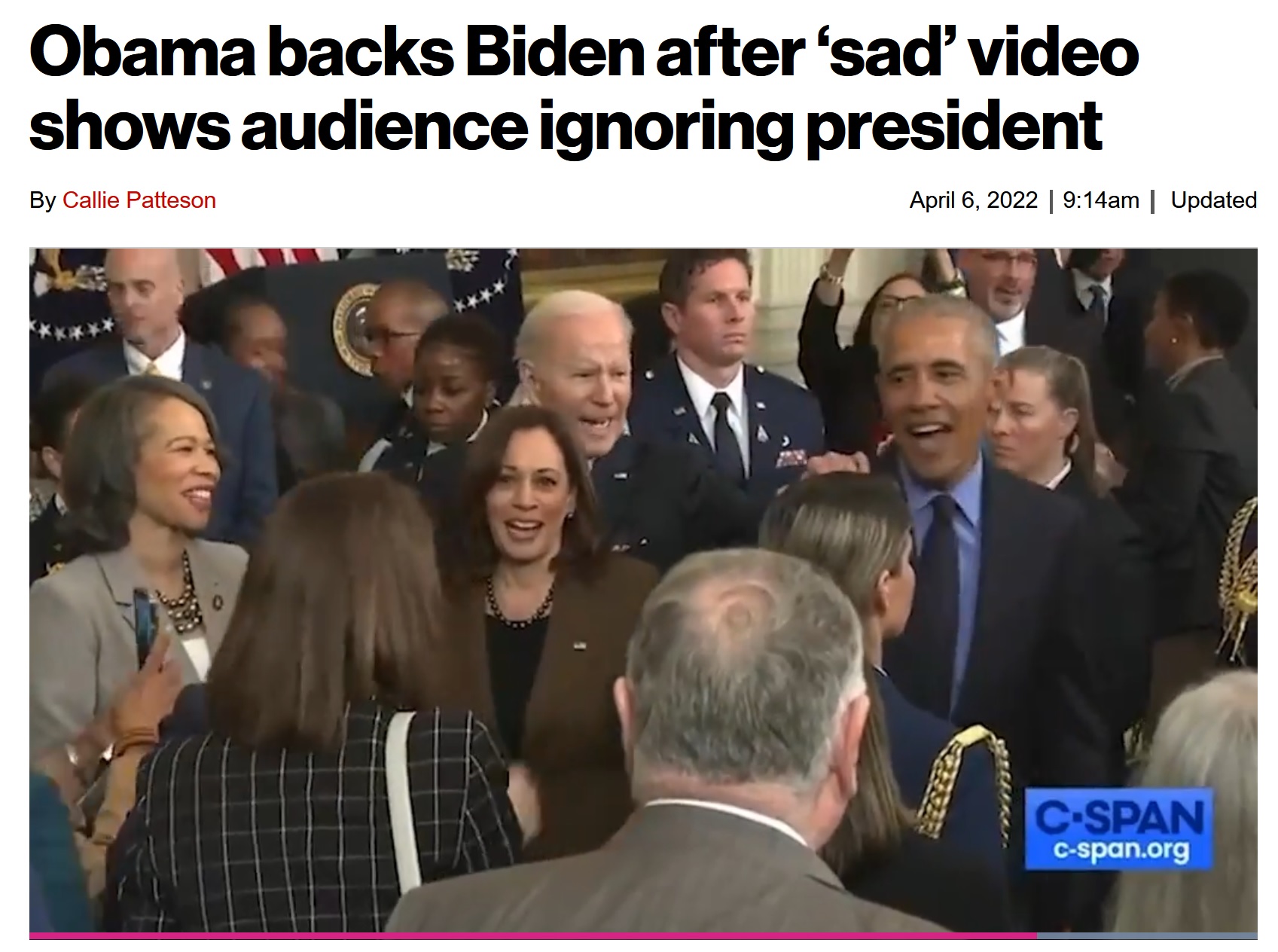 In the general news, soaring food prices are destabilizing Third World nations, such as Sri Lanka, Peru, and Pakistan. The leader of Pakistan was ousted as a result. Europe was also impacted as German grocery stores hiked prices by 30%.

In domestic politics, third-term President Obama made a rare public appearance at The White House to intentionally snub Joe Biden, perhaps to begin the process of ousting Biden. The “January 6 insurrection” hoax is unraveling as a defendant was found not guilty due to the fact that the Capitol Police ushered people in (i.e., it was a psyop set up by Pelosi, the FBI, and the Deep State). Texas began sending illegal aliens to DC on buses. Communist BLM leaders were exposed for buying a $6 Million mansion in LA, and far-left Ketanji Brown Jackson was confirmed as a SCOTUS justice. However, the Democrats and Michelle Obama suffered a blow when Elon Musk took over Twitter.

In vaccine mandate and lockdown news, China is inexplicably overreacting to asymptomatic cases of COVID by shutting down Shanghai. People are literally locked inside their apartments and pets are being killed. In New York, Mayor Adams is keeping the mask mandate for kindergartners. Germans voted down a plan to force vaccinations. Fascist New Zealand ruled that vaccine mandates were illegal. The FDA struggles with opposing forces by Big Pharma to keep the cash cow of vaccine boosters going while Democrats push back because it is bad or their elections.

In crimes against humanity, the SCOTUS and federal courts continue to enable atrocities. A U.S. court upheld the mandate over federal employees. Pfizer (PFE) hired 600 employees just to handle the adverse events reporting. The company also covered up the fact that natural immunity was superior to vaccine immunity (soon to be a Mark Ruffalo movie?). The CDC admits that the vaccines damage the heart. Top golfer Nelly Korda underwent arm surgery to remove blood clots after being vaccinated. Data from New Zealand show the vaccinated are up to six times more likely to be infected than the unvaccinated, casting further doubt on the risk-benefit of vaccines. Lastly, Senator Rand Paul questioned why Nancy Pelosi used monoclonal antibodies to treat herself while the government banned them from use on the public.

On the data front, a fourth vaccine shot has a short window of even a theoretical effectiveness. Researchers are learning more about how the SARS-COV-2 Wuhan virus triggers massive inflammation, and the UK showed that puberty blockers for “transgender” kids were harmful.