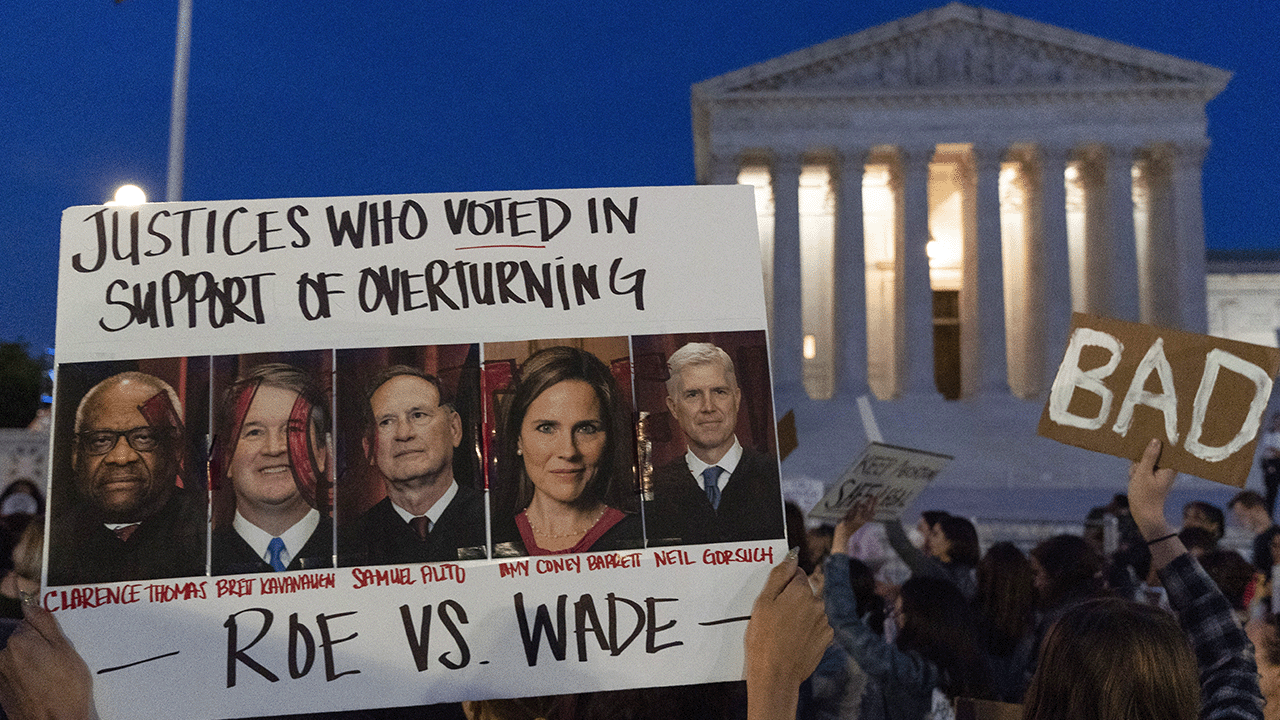 In U.S. totalitarian news, a far-left SCOTUS justice leaked a decision that will overturn Roe v. Wade. Then, Antifa protestors swarmed the personal residences of the conservative justices. The CDC was exposed for tracking millions of Americans under the pretext of public health. Attacks on the food-supply-chain continued, and BLM-inspired violence was exemplified this week by a man being shot dead in front of a NYPD precinct.

In politics, the influence of Trump has not waned. Senate candidate JD Vance won in Ohio along with other Trump-endorsed candidates for congress. The anti-democracy Democrats who tried to prevent Rep. Marjorie Greene from being on the ballot, claiming she was an insurrectionist, failed in court. Also, Dinesh D’Souza’s latest film called “2000 Mules” showed irrefutable evidence of massive drop-box ballot-stuffing in the 2020 election.

In the economy, the stock markets sold off more as the confluence of inflation and recession, along with the possibility of nuclear war, sank in. The Fed hiked the rates by 50-basis-points and will reduce the balance sheet more. U.S. exports dropped as food-banks saw increases in demand. The problem of stalled container ships continues. Antifa now seems to be attacking large food distribution sites to cause crisis by starvation, and fertilizer shortages worsen. Massive drought in the West threatens food crops too. Mortgage rates are at the highest levels since 2009, and April jobs added 428,000 and saw 3.6% unemployment.

In crimes against humanity, the FOIL request for Pfizer (PFE) documents related to the clinical trials and adverse events from the vaccines were revealed (and ignored by the press). The vaccines are dangerous to fetuses and newborns via mother’s milk secretions of the spike protein. Miscarriages rose, and thousands of adult deaths occurred. Elsewhere, New Hampshire legalized OTC ivermectin, and the high cost of school closures was reported, again.

On the data front, a publication in Nature showed a large increase in heart attacks and vascular events from the vaccines in Israel. A Lancet paper did the same.

In healthcare business news, Pfizer earned $13 Billion in Q1 from vaccines and strong demand for the oral pill Paxlovid. Moderna (MRNA) also had strong earnings. Glaxo (GSK) was slapped on the wrist by the DOJ for failing to report adverse events and improperly marketing drugs, and Biogen’s (BIIB) CEO was ousted.