Time for Time to go away 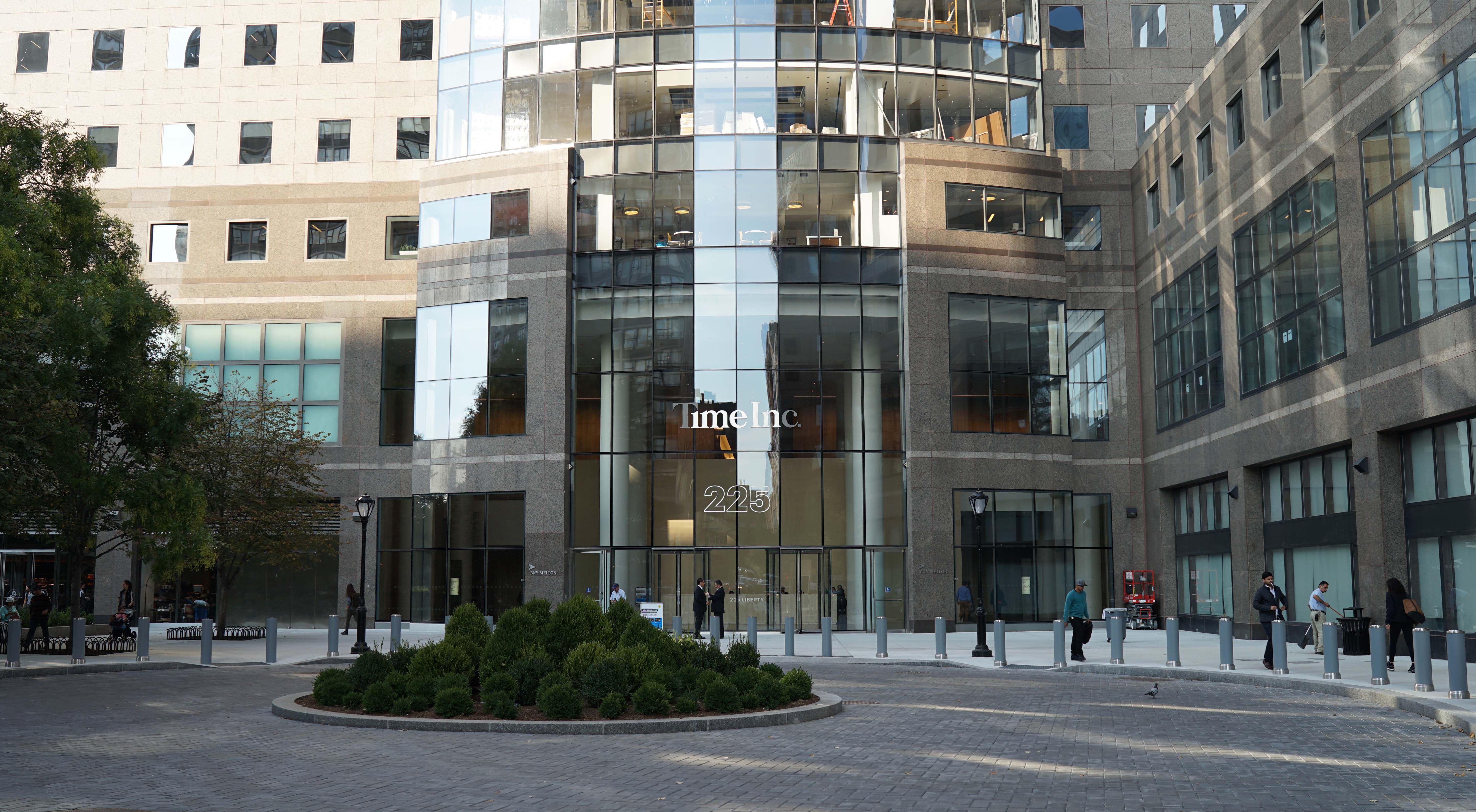 Update February 1, 2018- Eight years ago, I wrote “Time for Time to go away” (Boy, time flies). Well, I got my wish. The new Koch Brothers company that bought Time has removed the sign from 225 Liberty Street.

It’s that time of the year again; when the old print media issues bogus awards. It starts with the People Magazine “Sexiest Man Alive” award, which rarely coincides with actual public opinion. Then, Time Magazine inundates the web with “Best of” lists, culminating in the Time “Person of the Year” award. Whoopee!

With the demise of Newsweek, US News and World Report, and many other print magazines, Time remains one of the few standing in print form. If it were not for the backing of its large parent company, Time too would have bitten the dust.

In order to garner attention, Time has been selecting increasingly controversial people to be “Person of the Year”. The tabloid used to go for the politically esoteric oddball choice like “The Whistleblowers” of 2002, “Vladimir Putin” of 2007, or who can forget, the “You” of 2006. Now, as the revenue of Time Magazine dries up, desperate times mean the outlet is reaching for the masses; no more highbrow tooting falootin’ stuff.

This year, Time went for maximum mass appeal and picked the CEO of Facebook, Mark Zuckerberg, as “Person of the Year”. Mr. Zuckerberg has been on a whirlwind public relations character-repair blitz this year. It started ahead of the film “Social Network” that portrayed him as an unlikable thief of intellectual property. He then adorned the stage of Oprah, with a bogus donation of $100 Million to Newark, New Jersey schools, contingent upon many things, including the broke city matching the funds. Then, and only then, would the opaque donation be delivered years later. More recently, Mr. Zuckerberg and his PR firm tried to gain similar press by claiming that he was giving away the majority of his wealth to philanthropy, along with true billionaires like Bill Gates and Warren Buffet. This imaginary wealth that Mr. Zuckerberg is giving away is based on his private equity shares in Facebook, which are worthless until there is an IPO. The IPO has not happened. Moreover, the entire business plan of Facebook will go down the drain if the FCC and congress institute laws prohibiting the gathering of personal information of online users and selling it to marketers.

Yet Time Magazine chose Mr. Zuckerberg to be Person of the Year. To be sure, 2010 was the year that Facebook gained critical mass, at least in the press. If one believes the Facebook-supplied data, “500 Million users” are on Facebook, and an Academy Award film is based on his life. However, who are just some of the people that were far more popular and/or important this year?

A creepy skinny guy named Julian Assange succeeded in taking on the most powerful country the world has ever seen, rightly or wrongly, and has made possible for other internet hackers to do the same thing. Foreign policy will never be the same. If information is power, then the small individual gained leverage against the countries that own the militaries.

The Tea Party, or better yet, the pissed-off-struggling-regular-dudes, who were responsible for the landslide midterm elections were also a wee bit more important than Mark Zuckerberg.

How about the leaders of Greece, Ireland, or the UK trying to implement austerity and salvage the Euro? Those men and women were covered more in the press and were more relevant than Mr. Zuckerberg.

Public relations firms have a strong influence in who is named “Sexiest” or “Person of the Year”. Mark Zuckerberg likely transferred some of his wealth through middlemen PR firms to garner this award. Anyone who does not believe that assertion can contact us for some hot CDO’s packaged in a financial instrument called Abacus to purchase. We also have a bridge from London in our inventory.

Time Magazine has become a tabloid now, struggling for readership and advertising revenue. The lists that it spews out with ever increasing volume are irrelevant. It is time for Time to go away.