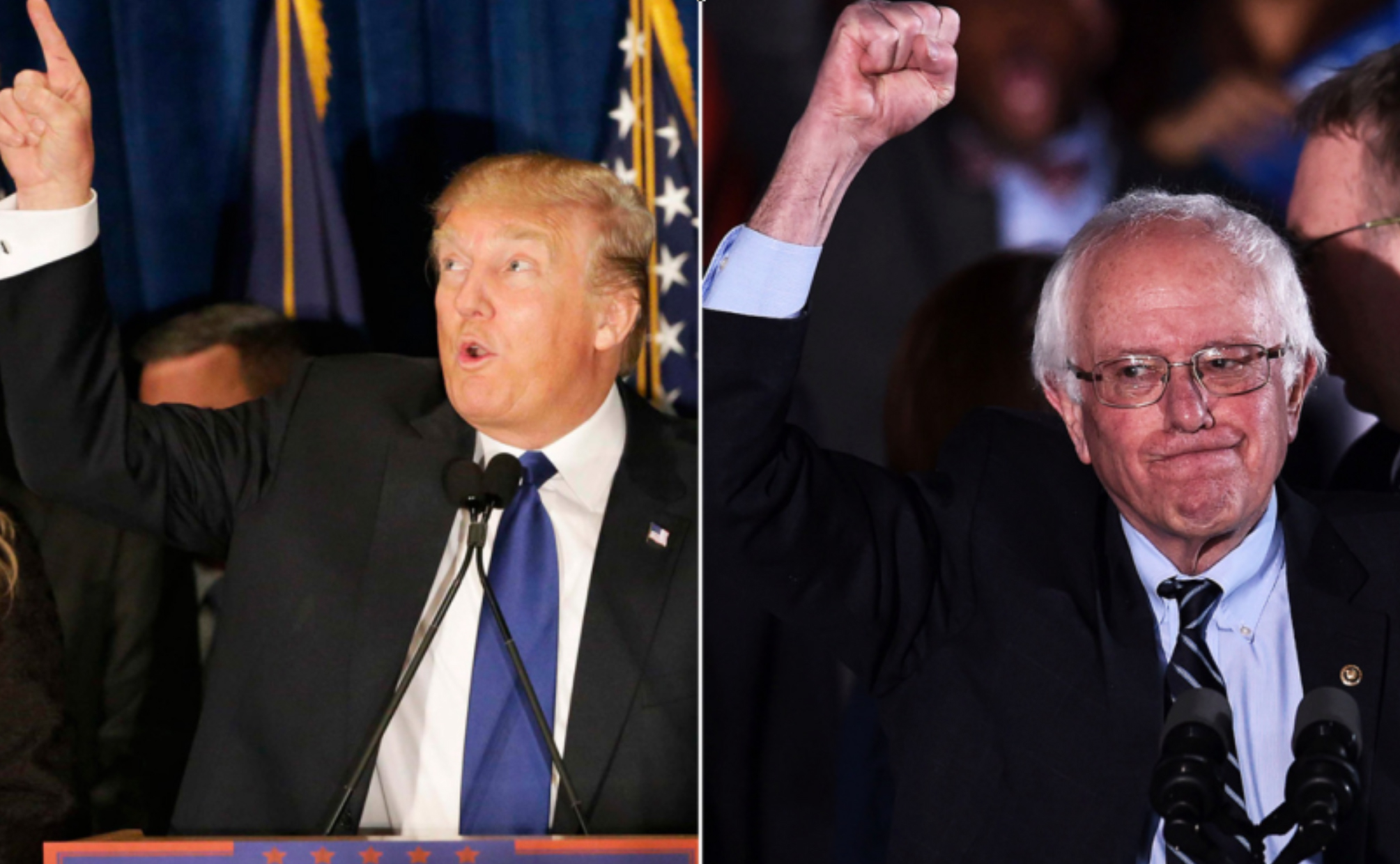 On the same day that the corrupt Democratic establishment of New York was symbolically admonished by the sentencing of its king, Sheldon Silver, to 12-years in prison, the entire nation also scored a major victory today. With Donald Trump and Bernie Sanders winning in Indiana, the establishment political parties have been destroyed (or, at least the RNC has.).

The lobbyists tried their best to shove Marco Rubio, Jeb Bush, Scott Walker, or Chris Christie down voters’ throat, but they voted instead for outsider Trump. The establishment Democrats tried to rig the debates and primaries to get Hillary Clinton elected, but voters went instead for Bernie Sanders.

This is all great for America, because what is wrong with this country can, for the most part, be quickly fixed by a president willing to buck the establishment.

Special interest lobbyists, literally, have written every trade deal to help industry cut costs on labor and undermine unions. If Trump or Sanders dismantles those, with executive orders, jobs will flow back to the United States.

Likewise, laws on the books and regulatory power that already exists could break up the Wall Street banks, if a president had the courage. And so on.

The one-percenters who used to pull the strings through Super PAC’s are no longer able to make a difference. All the money in the world could not get Mitt Romney or Jeb Bush elected. Soon, the pitchfork mobs will be demanding equity in corporate earnings and taxation of the wealthy that currently pay no taxes due to laws created by lobbyists.

There is hope, my fellow citizens.

Aside, the other major force defeated in this election has been the corrupt American state-sponsored media. There were multiple meetings in secret locations where the CEO’s of the newspapers and TV outlets all conspired to “Stop Trump” and support Hillary. But mainstream media has lost its clout, with few people reading papers or watching TV. The same technologies that allowed the Arab Spring to happen are causing the American “press” to become feckless.

1 Response to Victory for America