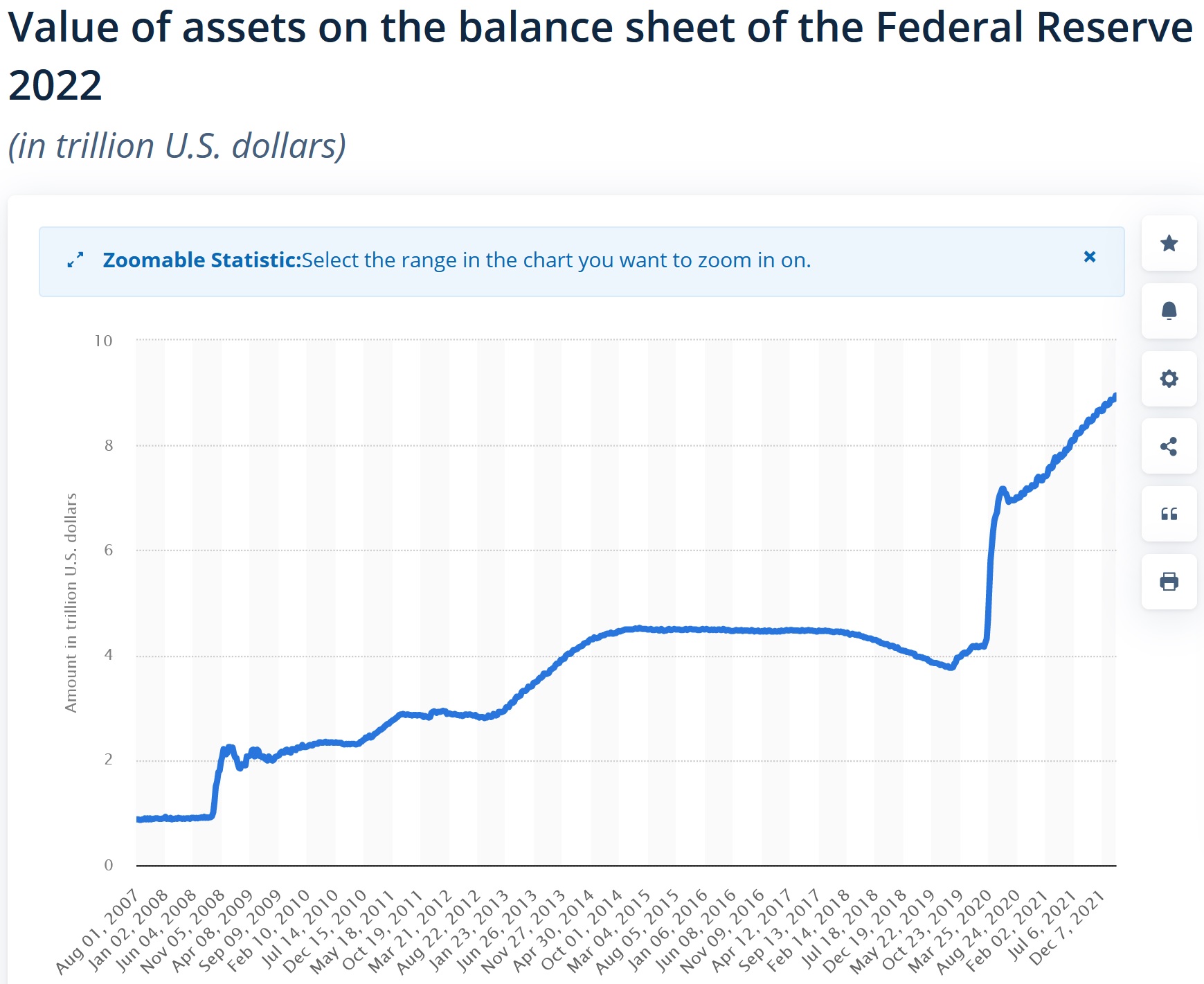 I just turned on CNBC and saw how the retail sector is down today. The retailers are warning about earnings weakness this current quarter as well as future earnings. Meanwhile, the bond yield curves have inverted, which is a 100% sensitive indicator of a depression.[1] Overseas, Europe and even China are having their own problems.

The entire world is already in the middle of a depression and heading for a depression. It will not show up on the economic indicators for months, but people are already hurting.

It started a few weeks ago when gasoline prices almost doubled. That was a shock to everybody including me. I am an upper-middle-class person who does not have to worry about my gas bill, and even I started to get worried and drive less. Imagine what someone who is making $50,000 a year is doing. Food prices are next. People are already cutting back.

Gas prices were the final straw to break the camel’s back. The bigger problem to the global economy is the massive inflation created by the Pelosi-Biden drunken spending spree using the pandemic, infrastructure, and green energy as the pretexts.

Since the pandemic started in 2020, the Federal Reserve’s balance sheet has more than doubled, from $4.3 to $9 Trillion. That nearly-$5 Trillion bolus in such a short span was more than the entire previous 10-years of balance sheet expansion. It is an amount incomprehensible to the human brain. It becomes silly money.

To put that in perspective, the ratio of Fed balance sheet to GDP has reached 45%. That is a ten-fold increase over all previous measures. 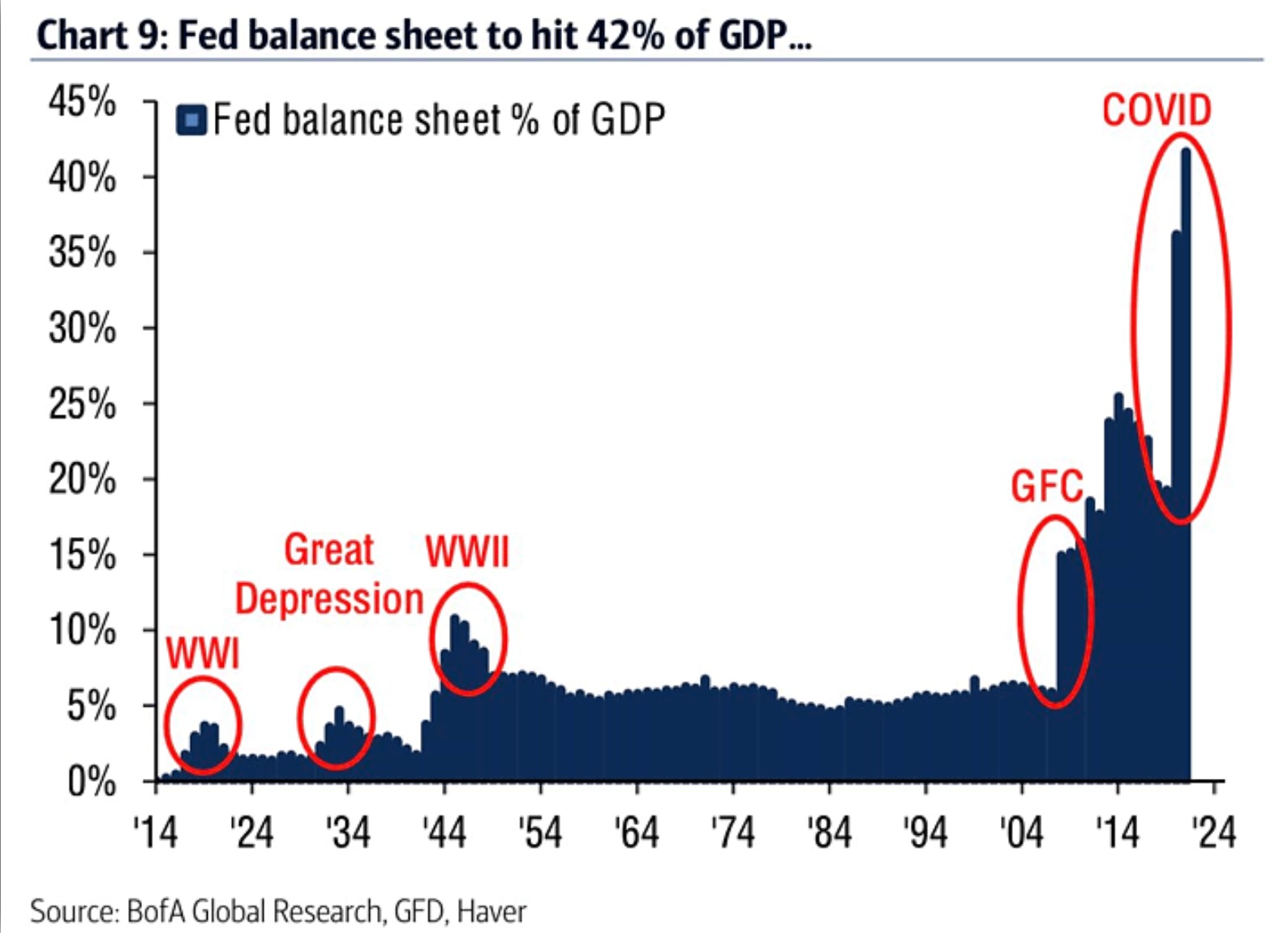 There is so much money trying to find a home that inflation is out of control. The stock market is the best sign of asset inflation. The market bubble is nothing but inflation.

The only cure for this would be for the Fed to raise rates to at least 10%, and the Fed has never been willing to be the cause of a depression. Instead, the feckless Fed is acting as if business is normal and inching up rates by basis-points instead of full percentage points.

Look for the return of Great Depression food lines and homelessness among normal people. Then, the Great Reset far-left will try to topple the government ala the Bolshevik revolution and many other coups that have occurred during such unstable times.

How long will that take to happen is always uncertain. In 2008, after Bear Stearns collapsed in March, the market rebounded. Even after Lehman Brothers collapsed in September, the market still did not implode. It took the demise of AIG to burst the bubble. Those were much different conditions than now and the amount of money in the system was far less. The massive bubble caused by the $5 Trillion in recent money printing might keep the stock bubble intact for some time to come. However, the economic depression is already here.

Nobody in Washington understands that they have dropped an economic H-bomb. The amount of new money is too great to comprehend and the people doing it are mentally incompetent. We put the insane in charge of the insane asylum. This is going to get ugly.

(True story: As I was preparing this, I was wondering how the Fed behaved in the 80’s when it handled Jimmy Carter inflation. Paul Volcker was the Chairman of the Fed. Then, it occurred to me, “Wait. I know Paul. I have his cell. Let me ask him.” Sadly, he passed away. How great would it have been to be able to pick his brain now. We miss you Paul.)

[1] Not a 100% accurate indicator though, meaning there are false positives

Update April 11, 2022- WSJ- Recession Risk Is Rising, Economists Say- Forecasters raise probability of economic contraction in next 12 months to 28% as Fed tightens to beat back inflation