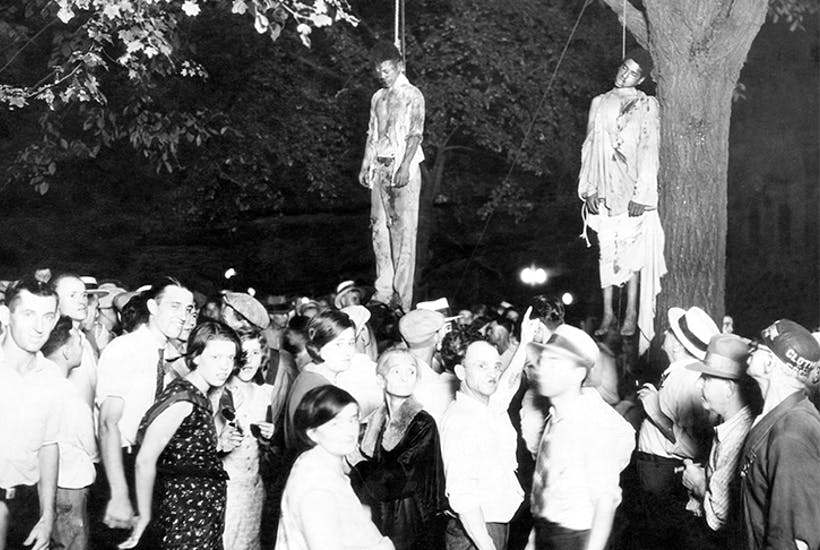 I started to watch the two-hour PBS “American Experience” episode about a black singer, Marian Anderson, in the early 1900s who was the victim of true racism. It is absolutely amazing how important aspects of history have been whitewashed.

I have mentioned before how communism is never discussed in schools and that it is by design. The teachers union are pro-communist. Kids don’t know that what they are experiencing now is part of a recurring pattern. That is why we are always vulnerable to communist uprisings. The communists scare the cowards in media and chill the teaching of it.

Regarding Democrats and racism, the same thing is going on. The real events of history have been whitewashed (pun intended).

When the Lincoln Memorial was opened up in 1912 (The Lincoln Memorial is where Marian Anderson was barred from performing), there were organized parades of white-hooded Ku Klux Klan walking right down Pennsylvania Ave and it was all normal. Woodrow Wilson was a flagrant racist who enforced Jim Crow laws (as did every other Democrat president until the 1960’s).

The Democrats are the party of Jim Crow. The Democrats are the party of the Confederacy. After the Confederacy lost the Civil War, they spent the next 50-years rewriting history trying to make it seem as if the Civil War was not even about slavery at all. When they had the ceremonies for the Lincoln Memorial on 1912, that is what they did. They completely revised history about what Lincoln was all about in the first place.

How are the current-day Republicans so stupid as to not score points on this? How is there a single black voter out there willing to be a Democrat? Why did Donald Trump get the support of Black rappers and a large percentage of the black vote?

Recently, Jason Whitlock, a black journalist, mentioned how Black Lives Matter is similar to the Ku Klux Klan and people got outraged because they don’t know this history. It’s right there in the video. They had the Ku Klux Klan walking by the thousands in Washington DC parades like it was normal.

White supremacy was a true problem in this country. Until the 1960s, Black men were routinely murdered and they called it “lynching” as if it’s not quite a murder. The Ku Klux Klan was a true domestic terrorist outfit. That was the whole point of the Ku Klux Klan. They were designed to stop Blacks from voting.

After the 15th Amendment, Blacks briefly had a period of time where they were allowed to vote and they took over Congress in the South. Then, the Ku Klux Klan was invented to scare people away from voting. Comprised of former Confederate soldiers, the KKK burned Black churches, lynched Black men, etc.

The horrendous murders we see in big cities today are Democrat problems. Inner-city squalor is by design. The Democrats turned slavery into a new form of government dependency. It is all enabled by illiteracy. 100-years ago, the literacy rate was much higher among Blacks in big cities. The percentage of Black families with both the father and mother present was much higher. The policies of the Democrats have decimated the Black community because it subjugates them into a new form of slavery.

My pet peeve is racism in academia. The white liberal professors think that they are not racists. They are. Every single university allows Black kids to damage their brains on the football field and professors say nothing. Those student athletes don’t get paid, but they make billions of dollars for the universities, and pay the salaries of the professors. It is flagrant modern slavery. 99% of all professors are Democrats.

White supremacy is real and it is a Democrat phenomenon. It started with slavery in the South and the New York City enablers of it (New Yorkers were as racist as the plantation owners). It morphed into the KKK after the Civil War, led by Democrats, and has changed form again into this quasi-communist inner-city hell controlled by Democrats.

When Democrats play the race card, they are pulling from a bag of tricks that they have held for centuries. They are projecting. The white men in charge of the media are making it all seem plausible that millions of Americans are “domestic terrorist white supremacists” as their white Democrat puppet-masters reap the rewards of modern slavery.

1 Response to White Supremacy is Real