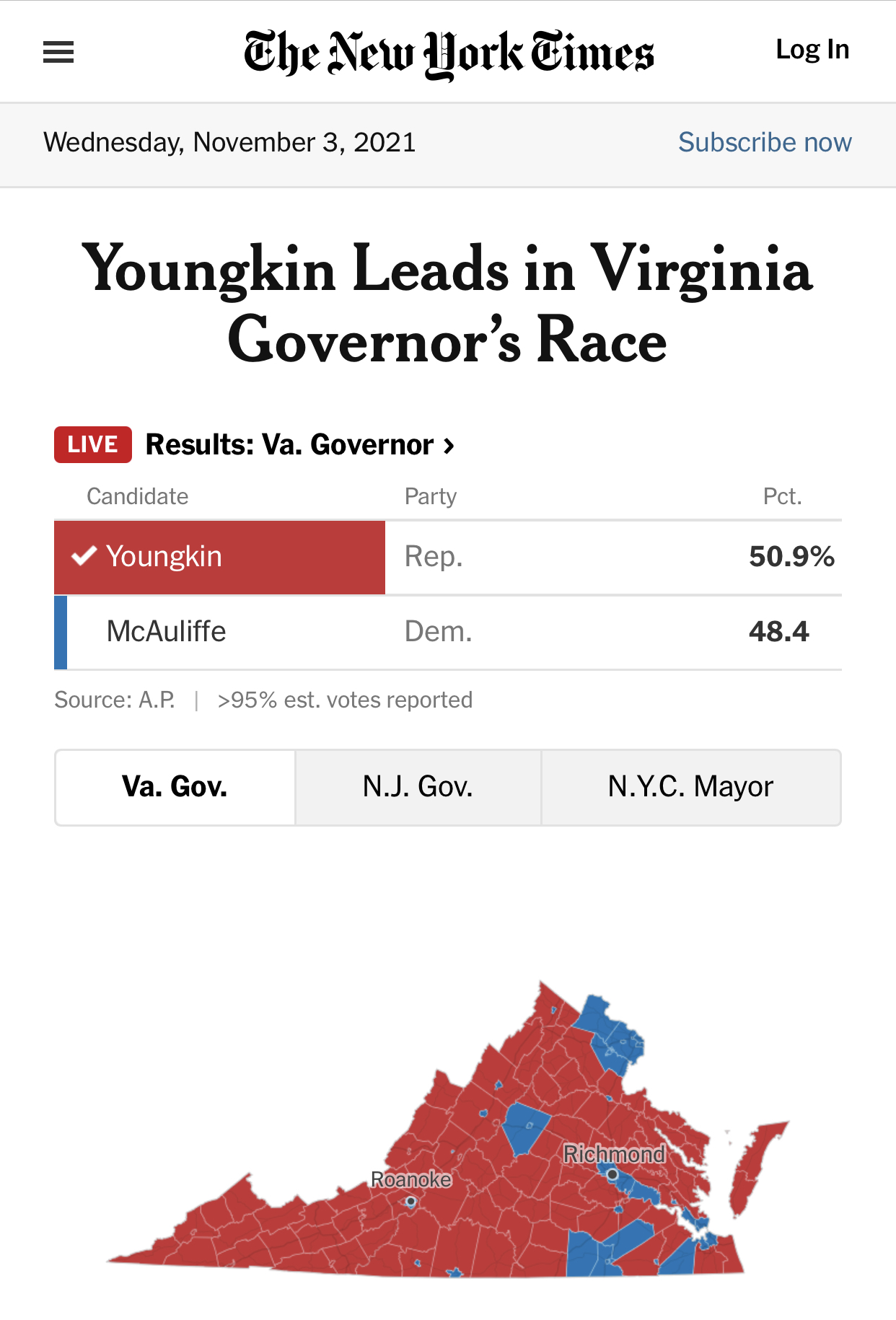 Last night, the communists suffered a major blow when they lost the gubernatorial races in Virginia and New Jersey (NJ is still being counted, I know, but it counts as a loss). The most powerful people in the far left, from Third-term President Obama, to his stooges Biden and Kamala, and even the powerful Randi Weingarten of the teachers union, all got on stage next to Terry McAulliffe to support him. They all hurt him more than helped him.

Here is what I think is going on this year that is much different than Trump’s 2020 election year:

All of those powerful forces that rigged the election last year are no longer present. The idiots in the far-left of the Democrat party actually made enemies of Mark Zuckerberg this time (They somehow took all of Facebook off of the internet for a day by removing the actual domain). The RINO Chamber of Commerce that joined forces with the communists last time is not going to help them in New Jersey this year. Even moderate Democrats are not on board with this Biden charade.

Most liberal Democrats are secretly rooting for the Republican, Ciattarelli, in New Jersey. The fatal mistake the “Squad” Democrats made was proposing tax hikes on the billionaires. Those oligarchs are the puppet-masters of this entire movement. That got the hypocritical false liberals upset.

Without all of that sophisticated and rich support, the Democrats this morning, who are liberal studies or poly-sci majors and could not manage a McDonald’s, are scratching their heads as to how they are going to try to rig this for governor Murphy.

Meanwhile, the large law firms that were not allowed to help Trump last year will be able this time to help the Republicans with vote audits. The Republican party that was actively sabotaging Trump last time will actually help in New Jersey.

So, if I am right, we will see something more like the year 2000 when the full force of the Republican party went to Florida to count the “hanging chads”. If they do a thorough recounting in New Jersey, then the Republicans will win. The real vote for Murphy was probably 20% versus 80% for Ciattarelli.