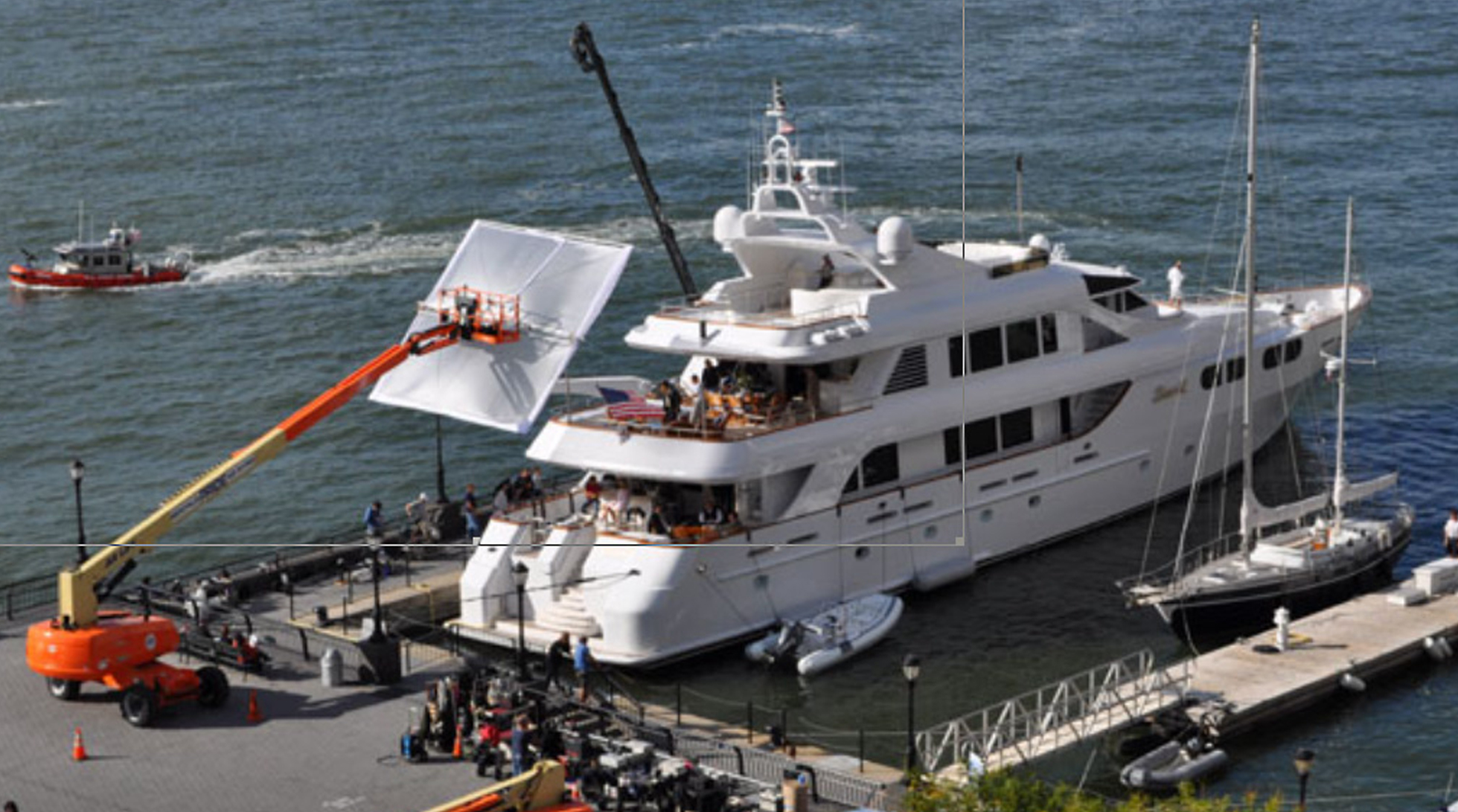 July 21, 2016- The Post reports on the 2013 Wolf of Wall Street movie filmed right in our own marina. That yacht might have been paid for by stolen loot.

“A civil suit filed by the US Justice Department demands all future profits, royalties and distribution proceeds from the Oscar-nomi­nated 2013 flick on the grounds that it was part of an international money-laundering scheme involving a development firm set up by the prime minister of Malaysia.

In a series of interrelated complaints, the feds are seeking a total $1 billion in assets paid for with money allegedly stolen by corrupt Malaysian officials and their associates from 1Malaysia Development Berhad, also known as 1MDB.

The fund “was created to promote economic development . . . with the ultimate goal of improving the well-being of the Malaysian people,” but “unfortunately and tragically, a number of corrupt officials treated this public trust as a personal bank account,” US Attorney General Loretta Lynch said.

The assets include five swank Manhattan properties: penthouses in the Time Warner Center and Walker Tower, condos in the Park Laurel building and at 118 Greene St., and a stake in the Park Lane Hotel.

More than $100 million of the loot also allegedly went to produce “The Wolf of Wall Street,” which has raked in more than $392 million in ticket sales worldwide. It is director Martin Scor­sese’s highest-grossing film.

“The Wolf of Wall Street” spent six years in development hell due to its salacious, R-rated subject matter before it was finally green-lighted by a virtually unknown production company, Red Granite Pictures, which footed almost all the costs, the Wall Street Journal reported.

The suit identifies infamous party animal Low Taek Jho — better known as “Jho Low” — as a key figure in the film’s funding, noting that he personally distributed more than $10 million for the project.

The Los Angeles federal court filing notes that Low got a full-screen “special thanks” in the closing credits and was among three people singled out as “collaborators” during DiCaprio’s acceptance speech when he won the 2014 Golden Globe Award for Best Actor in a Motion Picture.

The suit also alleges that DiCaprio — who is identified only as “a lead actor in ‘The Wolf of Wall Street’ ” but can be identified through the complaint’s description — went gambling with Low, Aziz and McFarland at The Venetian Las Vegas on July 15, 2012. The foursome had more than $1.15 million in 1MDB funds with which to gamble. It was ­deposited into Low’s account.

The suit says Red Granite bankrolled “The Wolf of Wall Street” with 1MDB funds funneled into a Swiss bank account held in the name of Good Star Limited.

Cash was then transferred into various accounts at City National Bank in Los Angeles and doled out to pay the film’s production costs.

One of the most memorable scenes in “The Wolf of Wall Street” features DiCaprio — portraying real-life stock fraudster Jordan Belfort — being questioned by FBI agents aboard a yacht docked off Battery Park City.

Sources told The Post that Low “lavished money” on DiCaprio. “He would give him half a million bucks to come to a Vegas party on a private plane and all the chips on the house. They also asked Scorsese, who turned them down,” the source said.

In 2009, Low made headlines for spending millions in clubs with celebrities for whom he was footing the bill, including Lindsay Lohan, Paris Hilton, Jamie Foxx and DiCaprio, who accompanied him on yachts, jets, casinos, nightclubs and ski trips all over the world.”