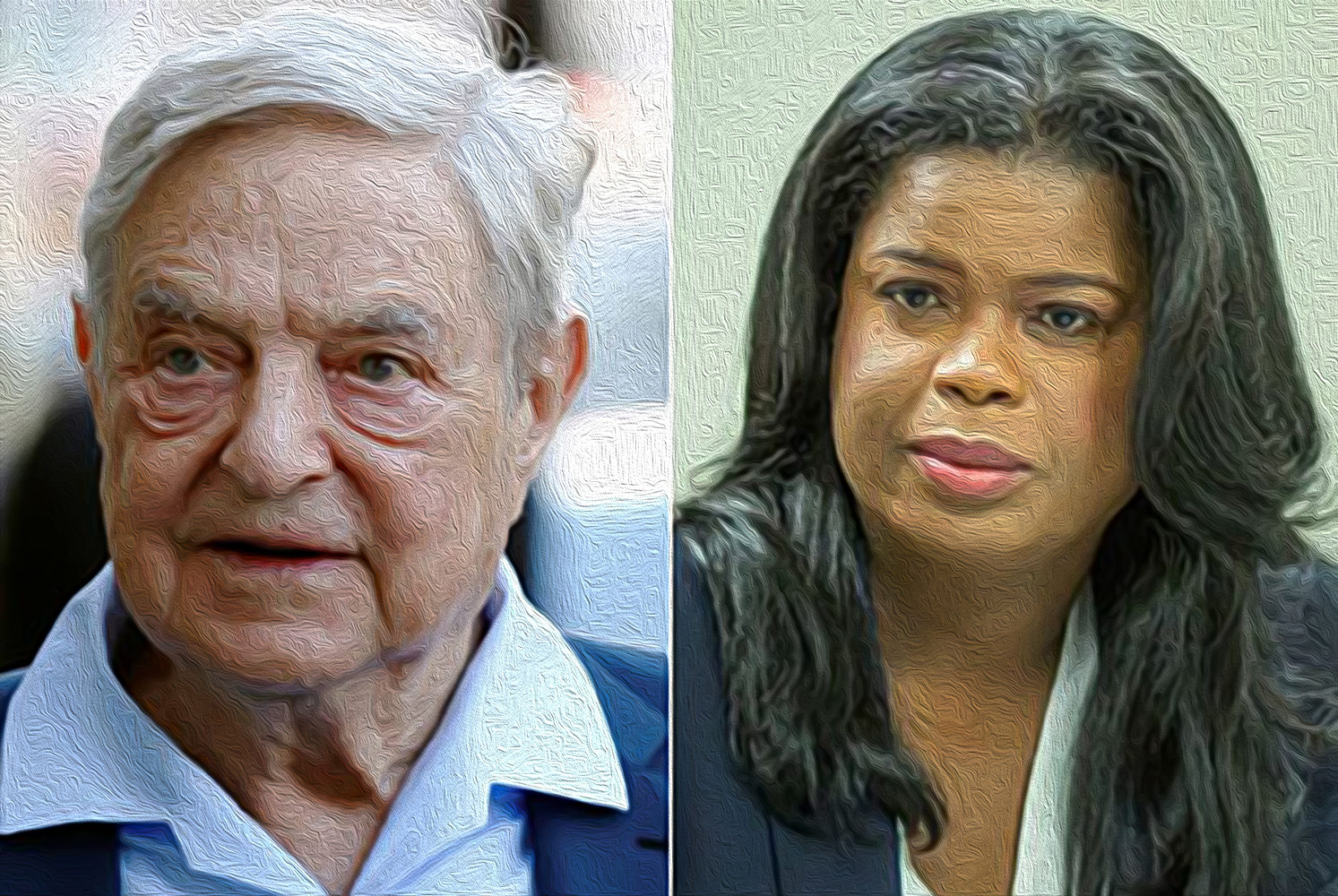 George Soros is behind these radical big-city district attorneys and state AG’s who are suddenly refusing to prosecute criminals. He helped get Letitia James elected as State AG in New York, Kamala Harris as State AG in California, and Chicago Cook County DA Kim Foxx. Foxx received $400,000 from George Soros.

In New York City, every type of criminal you can imagine goes unpunished. Crime has rebounded to 1970’s and 1980’s levels, with gangs shooting people in broad daylight on subway platforms, etc. In Chicago, murder and crime is off the charts and regions of California are not too much better. All of these cities are sanctuary cities that refuse to turn over violent illegal aliens to federal authorities for deportation.

The Chicago police oppose DA Foxx because she has been refusing to jail even violent offenders. She is in the spotlight now for dropping all charges against race-hoaxster Jussie Smollett (Michelle Obama’s personal aids orchestrated it with the help of Jessie Jackson).

Why would George Soros be on such a lifelong crusade to do things that are obviously bad for the country? This is not some liberal do-gooder ideology. He does not care two hoots about anyone but himself.

His agenda is to destroy America. This is a common fantasy held by millions of European socialists who have various envy and jealousy complexes.

George Soros is a psychopath (i.e. no empathy, no moral compass, pleased by nihilism and destruction, perpetually unhappy and loathes himself). He admitted on 60 Minutes that he helped the Nazis screw over his fellow Jews. He must have tremendous guilt from that. Like every serial killer who has had a bad childhood, George Soros saw atrocities as a kid and has been ruined by it.

Soros has turned into some sort of wealthy evil character straight out of Batman or Bond films. He is getting his jollies by trying to destroy the United States.

The media needs to start analyzing Soros in this way. Dinesh D’Souza did a good job psychoanalyzing Obama in his 2012 movie Death of a Nation. It got him thrown in jail because it struck a nerve in Obama. What exactly is motivating George Soros?

Make no mistake, George Soros has no altruistic goals. He is trying to destroy The U.S.

How can one do that without a military? One can systemically go after the ruling class in America, which is still, barely by a hair, mostly white people.

Soros is trying to stir chaos by corrupting our criminal justice system and then allowing fellow-sociopath felons to vote. He is trying to erase borders by funding caravans of illegal aliens heading north from Central America. He is funding every far-left candidate who supports these agendas.

George Soros wants to destroy this country by changing the racial and religious demographics. He needs to first erode mores and tradition to silence the opposition. Every bad criminal he empowers, every illegal alien he imports, is a new soldier in his army, just like the Heath Ledger’s Joker freeing the jails in the Batman: Dark Knight.