I started this: Momentum grows for Governor Cuomo to be prosecuted for murder 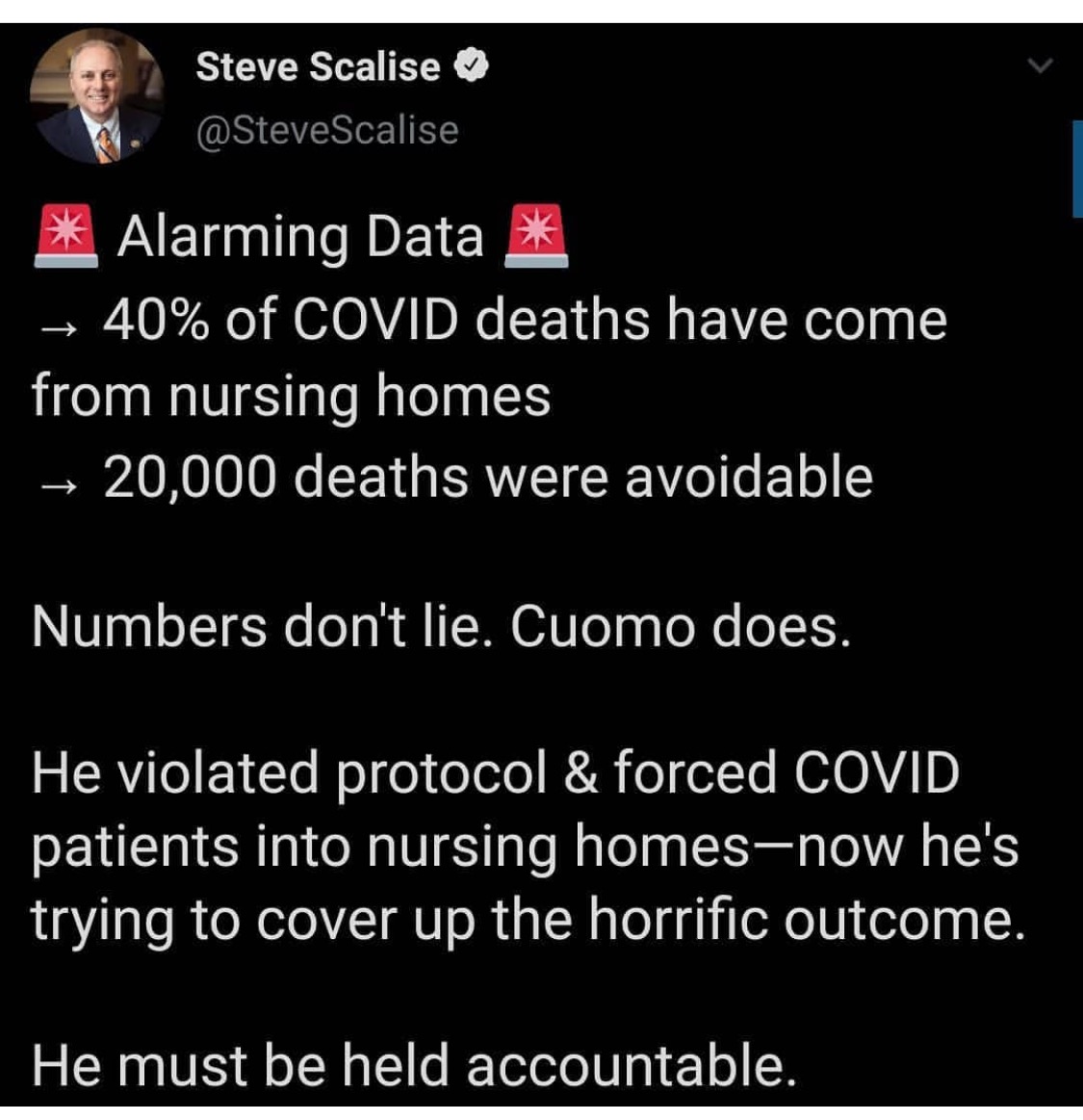 I was the first person in the media to point out that the Wuhan virus death rates in New York were caused by human error. I then strategically started to say on Rudy Giuliani’s podcast and Joe Piscopo’s radio show that Cuomo’s decision to force infected elderly patients back into nursing homes was tantamount to murder.

After my comments, several New York politicians echoed my comments. Now, the influential congressman Steve Scalise is tweeting that Cuomo must be held accountable.

The office that would have the clout to go after Governor Cuomo would be the U.S. Attorney for the Southern District of New York. Well, Trump will be appointing a new person for that office this week. Things might just happen.

1 Response to I started this: Momentum grows for Governor Cuomo to be prosecuted for murder