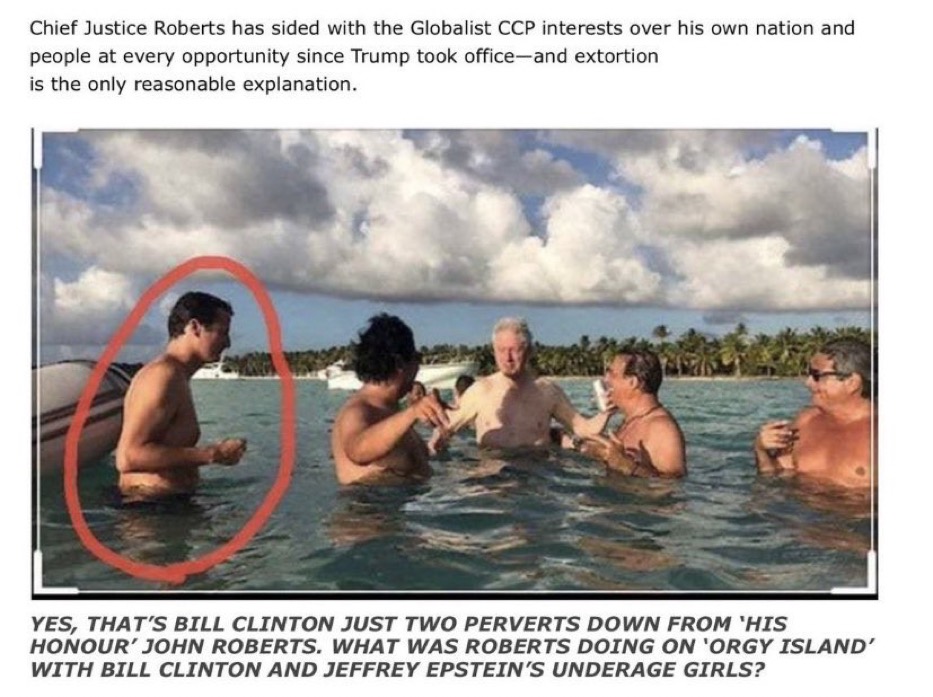 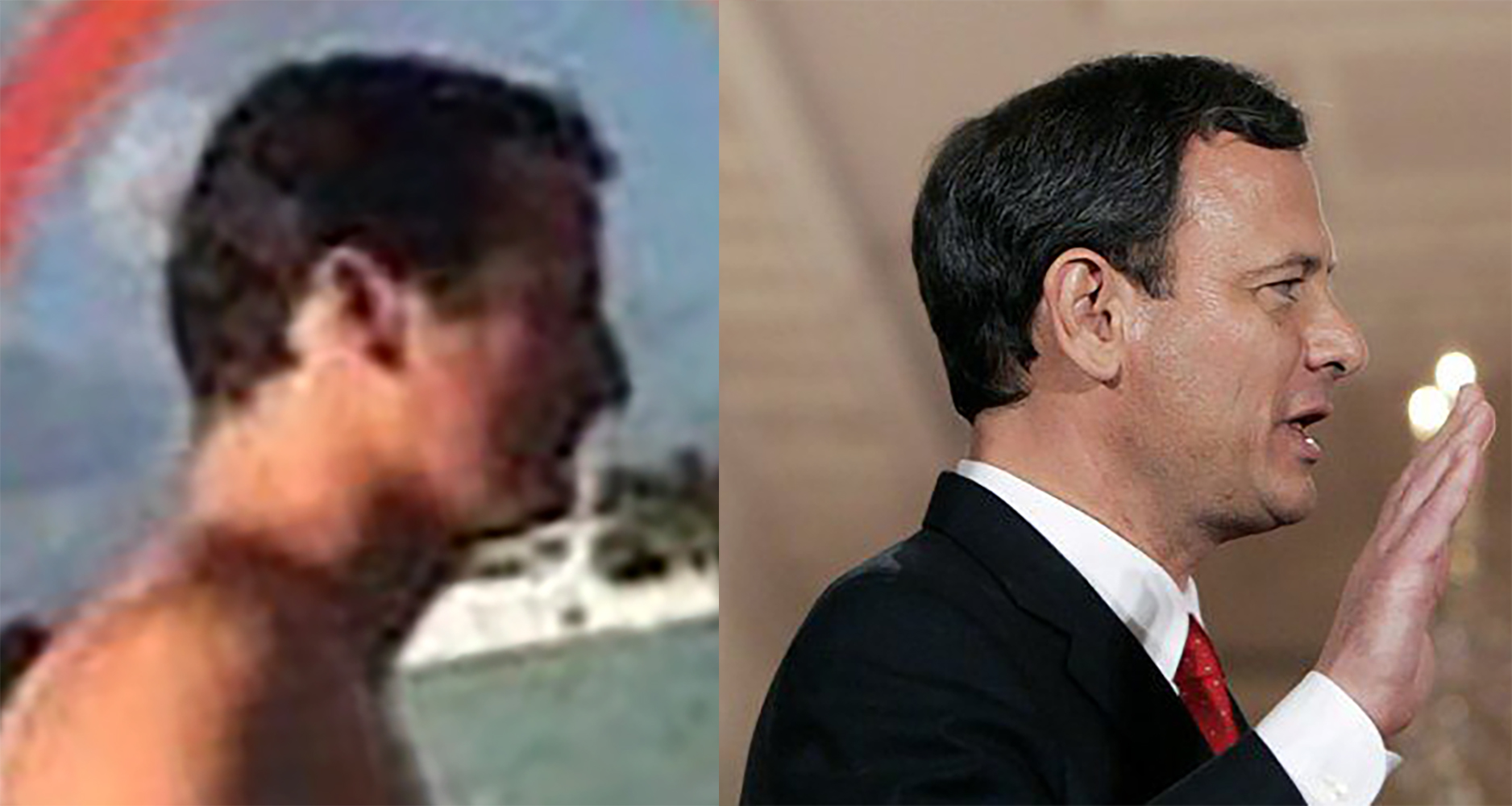 If this photo (top of page) is really of Chief Justice Roberts on Pedophile Island with Clinton, then it needs to be reported. (Lin Wood has been tweeting for weeks that Roberts is on the Epstein jet flight logs. ). It will shame him into leaving. He has seizures and he can use medical excuses to save face.

I made the profile comparison above, and the two people have identical skulls shapes, facial proportions, submental chin wrinkles, ear landmarks, and hairlines. I also see no signs of Photoshopping in the topmost on the Internet, and there are many others like this photo in a 2018 story. This seems to be John Roberts.

If so, Roberts is compromised by the Epstein honey trap. That is why his Supreme Court is making these inexplicable decisions to not take cases.

(Aside: This whole thing was dreamed up in places like Jackson Hole and Davos when people like Bill Gates get together with presidents and billionaires. They have been rigging elections for 100-years. They just needed the funding and coordination from Big Tech. Facebook is all about coordinating people together. That is where Zuckerberg came in. Using the virus to scare people likely came from Bill Gates.)

Peter Navarro is on Newsmax saying we cannot inaugurate an illegitimate Biden. Trump also stopped briefing Biden on the military and foreign affairs matters. They are prepping for martial law to have new elections in the swing states. Trump then needs to also have Rudy become AG and prosecute people using RICO. Well, Rudy tweeted that today. (I mailed Rudy my essay on this). Trump then needs to use intelligence on Justice Roberts to get him ousted if in fact he flew of Jeffrey Epstein’s pedophile plane.