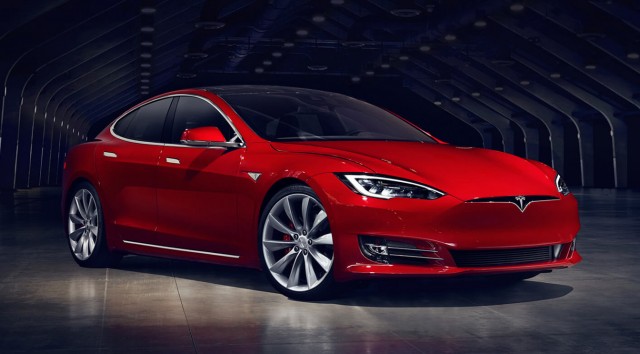 I am thinking of leaving New York City, which means I would have to buy a car. I have not owned a car in 20-years.

I called Porsche, and it was depressing. The new engines are getting bad reviews and the company seems to be stuck in the past. I hate combustion engines now, anyway, and really wanted a Tesla.

Today, I test drove the Model S 4-door sedan. With 0-60 MPH in 2.9 seconds, it is faster than any production car other than the $2 Million Bugatti Veyron. Electric motors have much more torque that combustion engine drive trains. When you stomp on the accelerator, the car pulls 1.4 G-forces, and your face folds back like you are in a jet. It is the fastest thing I have ever been in.

Then, when we were on the freeway, I could take my hands of off the wheel and let the autopilot take over. Science fiction is now reality. When you park, it will do the steering for you.

This car is a big iPad on four wheels. The technology is off the charts.

All Tesla cars are custom built. The Model S arrives two-months after you purchase it (the more affordable Model 3 won’t be ready until late 2017).

This is the car I will buy if I leave the city.

This entry was posted in Reviews, Tip of the Week. Bookmark the permalink.