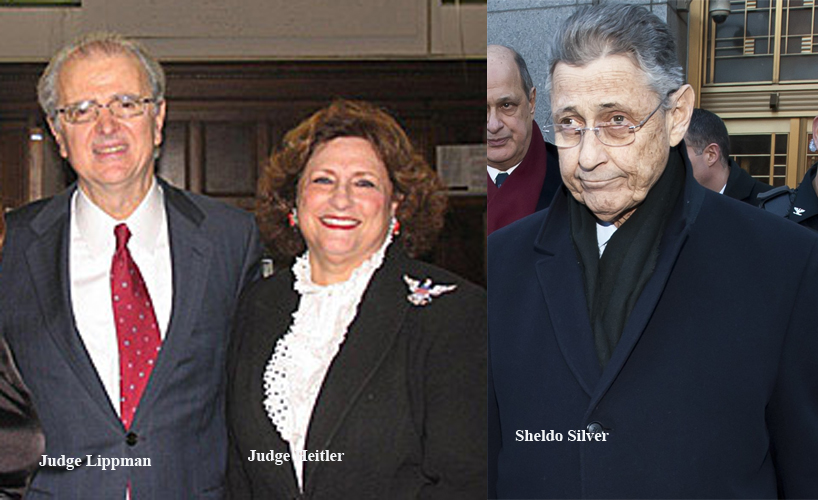 The extent to which Sheldon Silver had metastasized throughout the political system, at all levels, is still being discovered. Today, we learn that Silver was the person in charge of New York’s super-delegates in the presidential race. He had to give up those powers because he is a convicted felon.

The most disgusting part of the Silver corruption, however, is that he did not do this on his own. Like all large-scale government corruption, many other leaders were in in the scam. In turn, their lower minions became acolytes.

I was on the free buses the other day when I overheard an old lady say, “Sheldon Silver was a corrupt as you can get, but he was good for Downtown.”. This seems to be the common them in the wake of Silver’s conviction. Most of the elected officials and CB1 have publicly supported Silver after his arrest.

Heck, in New York, felony convictions are by no means a career killer. If Silver were younger, he would bounce back and become elected again.

It remains to be seen whether the majority of the voters are as corrupt as Sheldon Silver. In 2013, those elections were disastrous for the Silver-enabled cabal of candidates, even before he was arrested.

Most New Yorkers seem to secretly dislike political graft, but are too afraid to speak up. So, the low-level crooks who make a living off of the city and state government, and who are supporters of their corrupt bosses, are the only ones to show up to CB1 or other meetings, giving the false impression that they speak for the community.

Folks, get out and vote this April for the special election to replace Sheldon Silver. If you do not see any good candidates, then write-in a person you like. You should also make an effort to attend public BPCA and CB1 meetings to challenge those appointed, unelected, schmucks.