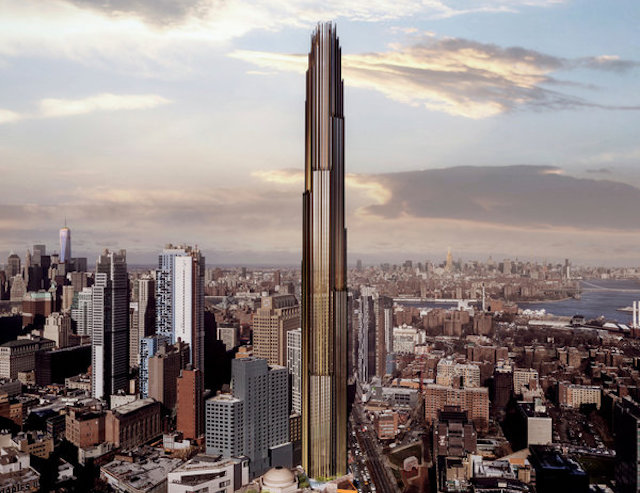 August 30, 2016- The NYT reports, “There are 19 residential towers either under construction or recently completed along the 10-block section of Flatbush stretching from Barclays Center north to Myrtle Avenue. When all of them are finished, they will have added more than 6,500 apartments — overwhelmingly rentals — to New York City’s housing stock. Another four buildings on Myrtle Avenue will add almost 1,000 more units.

There are so many new apartments in the neighborhood — roughly one-fifth of all rental units expected to become available in the city in 2016 and 2017, according to Nancy Packes Data Services, a research firm — that the Brooklyn rental market seems poised to zoom right past boom, to glut.

“The market is saturated,” said Sofia Estevez, executive vice president at the developer TF Cornerstone, which will begin offering apartments in a 25-story, 714-unit rental building at 33 Bond Street next spring. “I think it’ll take a couple years to stabilize.”

And just as overbuilding along Billionaires’ Row around 57th Street in Manhattan has caused prices to soften in the highest-end market, the construction boom in this stretch of Brooklyn has prompted landlords to strike deals to fill their buildings, which dwarf the surrounding brownstones, rowhouses and tenements.

At 7 DeKalb, a new 23-story tower atop the City Point mall complex, the landlord is offering two months of free rent with a 14-month lease, and use of the building’s fitness center and other amenities for a year without charge. That means a one-bedroom, one-bathroom place can be had for $3,428 a month; a two-bedroom, two-bath apartment goes for $5,057.

In at least one older building — meaning it went up in 2011 — the landlord is offering existing residents three-year leases with no increase in rent for the first year in order to keep tenants who may be drawn to newer buildings.”