The constitution was just an idea after all 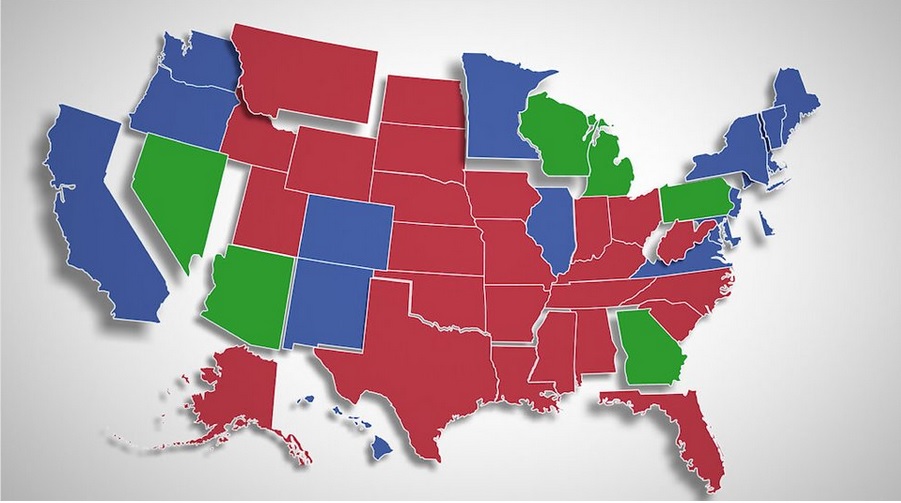 The Supreme Court shocked half of the country by declining to hear the Texas case, which was joined by 19 other states in all. The compliant by the Texas Attorney General argued that the election fraud in other states impacted citizens in Texas, et al.

On one hand, the complaint was a Hail Mary because it required the Court to create a rare original jurisdiction case. The Supreme Court would have had to act like a trial court, weighing original evidence rather than ruling on legal matters. On the other hand, it represented nearly half of the nation, and the entire future of the nation was on the line.

Only two judges, Justices Alito and Thomas, voted to take the case. The three new Trump judges joined the other seven in rejecting the case. The rationale was that the court lacked standing, which is a legal technicality. It was obviously an excuse to cover up the real reason, which was cowardice by the judges.

Think about what these judges did. They could not see the forest through the trees. They pretended to reject it because they claimed they lacked legal standing. But the Supreme Court can do whatever the hell it wants to do. It is the highest court in the land. The judges cannot be appealed. They are not worried that they might look bad to some higher appeals court.

By hiding behind a lame legal technicality, the judges made it obvious that they were violating their oaths to protect the constitution. They will forever be remembered this way. Ironically, their true motive for dodging the case was to avoid looking bad to the DC swamp and elite communists around the world.

I have said for many months now, ever since I interacted with the Supreme Court myself this year, that they are complete cowards. Their rulings mean nothing. Time after time, some big ruling they make gets ignored and nothing happens. Even recently, the state of Pennsylvania flagrantly ignored Justice Alito’s orders in the election fraud cases and no one went to jail. Everyone now knows the Supreme Court lacks an army or any sort of ability to enforce its rulings.

The globalists and communists were brilliant. They called the Nation’s bluff. This country was based on nothing but an idea. The constitution is just an unenforceable idea. It doesn’t have any teeth. If a large enough portion of the population becomes uneducated and takes the Bill of Rights for granted, then those rights will be snatched away before they even know it. That is what happened.

Barring a miracle for Trump, the only option now to preserve freedom is for the 20 or so states to join together and secede. No shots would be need to be fired. States like Florida and Texas would simply ignore federal law and withhold taxes. They could even make Trump their president.

Using economic tools, they would throw New York, Illinois, Connecticut, California, etc. into hyperinflation and collapse. Those weak governors and members of congress would become ever more fascist, with lockdowns, curfews, and censorship. Then, even states like California would be inclined to join the rebellion.

After that, a new Constitutional Convention would be needed to update the laws. Schools would be required to teach about the true history of communism, socialism, etc. to prevent this pattern from repeating.

It has always been the same cycle of abuses by the rich, then oppression of the poor, and then the parasitic growth of communism that fills the void. Democracy and freedom are incompatible with corruption. Without Democracy and the rule of law, the constitution is just a worthless piece of parchment.

2 Responses to The constitution was just an idea after all