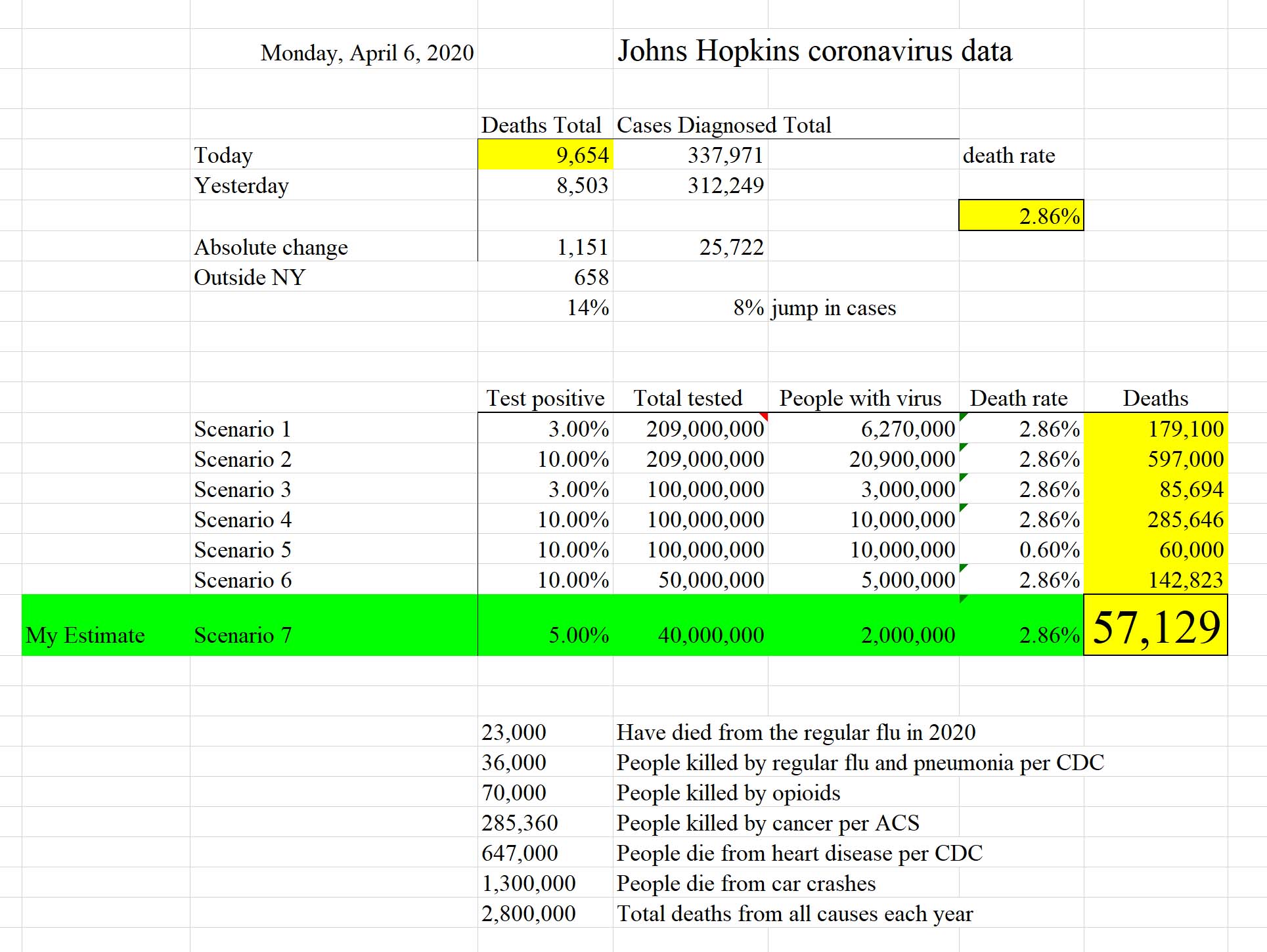 I ran a spreadsheet on the virus numbers as a forward-looking model. I made the worst-case absurd-scenario assumptions, and then made my best guess assumptions.

Recall, I am one of the best in the world at predicting things based on my Wall Street track record.

The bottom line is that I do NOT see a massive tidal wave overwhelming the hospitals.

I correctly predicted that Trump would win, and put it into a story before the election. Those are my virus predictions.

1 Response to The Greer coronavirus model