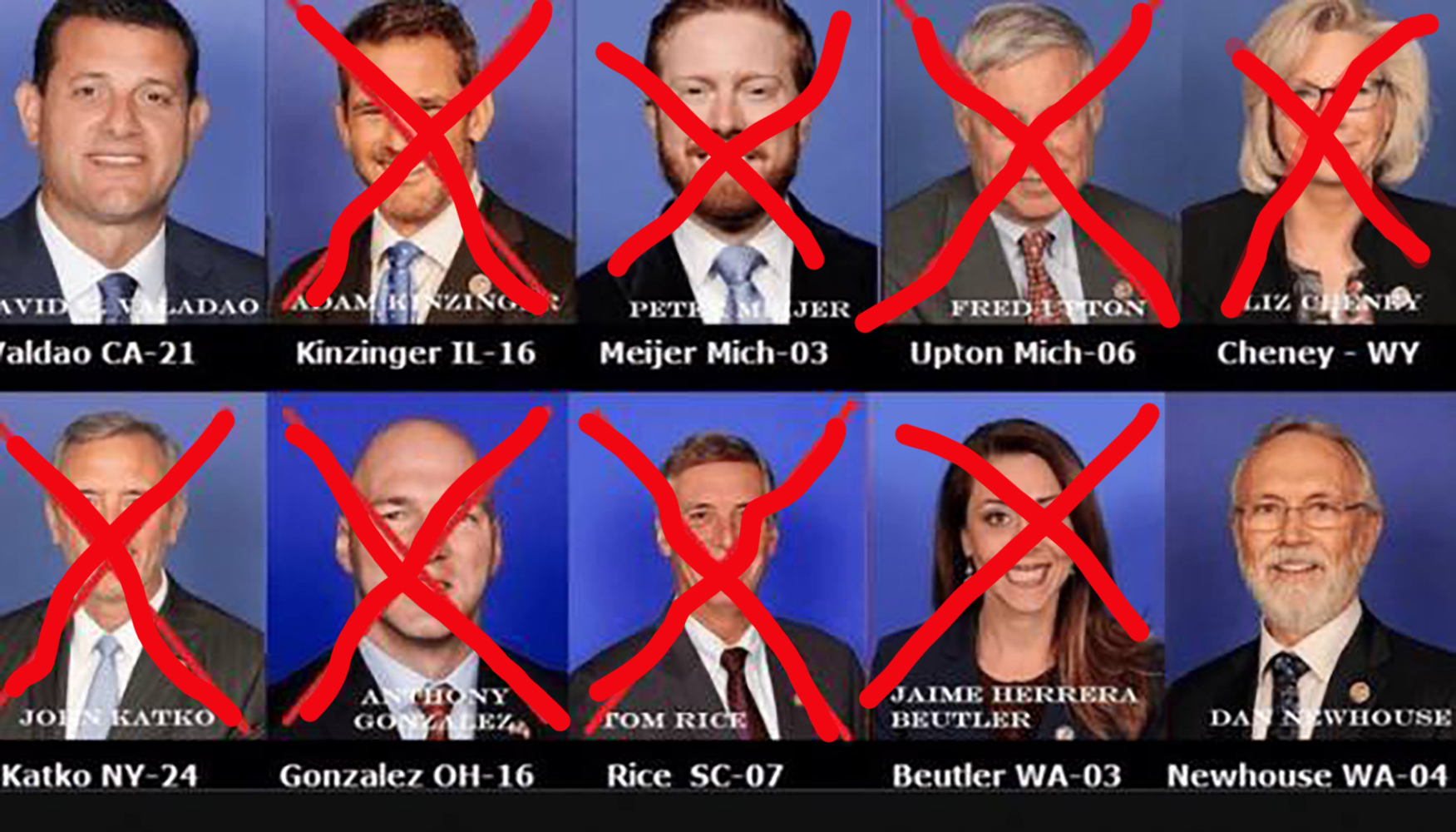 The biggest story of the week was the 37-point loss by Liz Cheney in her Wyoming primary. For the first time in decades, there will be no Bush, Cheney, or Clinton holding a federal job. Delusionally defiant Liz stated in her loser’s speech that she was like Abraham Lincoln as Trump took a victory lap.

On the neo-communist front, the WEF is recruiting hundreds of thousands of “information warriors” to censor the internet. China’s TikTok app was once again labeled a national security risk as a Chinese spy ship anchored off of now-destroyed Sri Lank looking to take advantage of that crisis to spread communism. WEF stooges in Canada will implement their digital tracking plan. Bill Gates of the Great Reset took credit for bribing Senator Manchin into voting for the “Inflation Reduction Act” that will intentionally increase inflation and fund 87,000 armed IRS agents to go after the disobedient freedom lovers. Meghan Markle and Bastard Harry moved back to the UK after failing to convert the royal family into a woke arm of the WEF. The climate crisis fearmongering was exposed as the Great Barrier Reef is thriving despite the predictions that it was bleached and dead. And at the border, a federal magistrate judge was arrested for smuggling illegal aliens and federal border patrol opened a locked private fence that Texans had installed and allowed illegal to flow through.

On the communist attack of political opponents watch, President Trump argued before a court that the affidavit that justified the Mar-a-Lago raid be unsealed. Rudy Giuliani is now being investigated for more bogus crimes. Videos emerged of the recruiting by the IRS of the armed agents to harass the masses into obedience, and another FBI agent was convicted of corruption aimed at hurting Trump supporters.

In other politics, Steve Greer gave his first ever political speech in Ohio. Ron DeSantis gave his first Trump-style rally outside of Florida in Arizona, then Ohio and Pennsylvania. He was received with standing ovations. He announced a plan to teach about the atrocities committed by communists, which is a Greer idea. Lastly, Nancy Pelosi’s husband received millions in PPP loans that were forgiven.

In vaccine injury news, a military doctor testified that he was ordered to cover up vaccine injuries. The FDA covered up miscarriages, and more pictures of skin necrosis were posted.

In lockdown and vaccine mandate news, even the diehard Davos Men are capitulating. Quebec will drop all COVID measures soon, and New York City will close its infant vaccine sites, people in Nuremberg gathered to protest the forced vaccinations. Also, Rep. Massie questioned why the U.S. military is still forcing the vaccines.

In other crimes against humanity, CDC Director and political hack, Rochelle Walenksy, seeing the inevitable Nuremberg Trials 2.0, commissioned a whitewash report to explain why the CDC misled the world. She claimed the CDC was underfunded and did not have enough totalitarian powers. Rep. Massie tweeted, “CDC lost credibility by *denying natural immunity *claiming shots prevent spread *suppressing possible therapies *ignoring vaccine injured *treating all groups as same risk *flip flopping on masks *lying to Congress *fabricating studies”. It was also revealed that Walenksy funneled $20 Million in government grants to her husband. Pandemic babies are showing signs of developmental delays. Canadian communist doctors are now promoting suicide, and Bill Gates’ oral polio vaccine he promoted in Africa caused tens of thousands of cases of paralysis in children because the vaccine itself was a polio virus.

On the data front, ongoing mRNA vaccine trials are still cutting corners. Analysis of Pfizer documents revealed that the vaccines caused harm. A NEJM studied was the latest to show that natural immunity is better than the vaccine (The first person to mention the concept of natural immunity and herd immunity was Steven E. Greer, MD). Former head of the NIH and Fauci’s boss, Francis Collins, admitted they never had the data they claimed to have. More scientist shredded the study claiming masks work. Lastly, the human population reached 8 billion.

In healthcare business news, Moderna (MRNA) stock tanked 20% after the CEO said no one wanted their vaccine and they threw away 30 million doses. Also, the government plans to end the subsidies for the vaccines and make the patient pay. Pfizer’s (PFE) CEO contracted COVID. Bobby Kennedy Jr. explained why the companies need approval in pediatric ages because it will indemnify them from lawsuits. Lastly, a group showed that the FDA has lowered standards for all drug approvals as it approved OTC hearing aids.