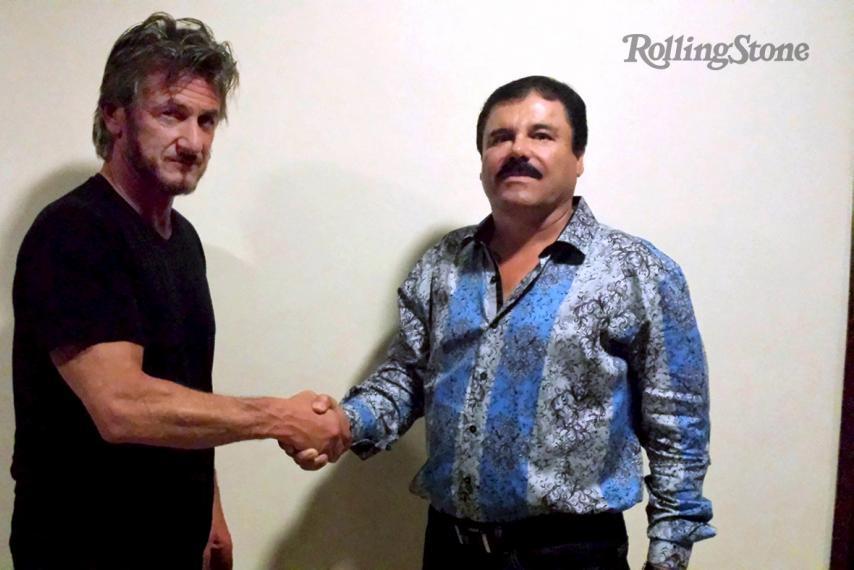 I was watching Bill Maher, the social justice warrior for the Hollywood communists, when something occurred to me. Not only is Bill Maher’s personal life a mess, but the majority of Hollywood icons have led the saddest lives imaginable. Despite fame and money, so many of these A-list entertainers have become drug addicts, committed suicide, or have gone broke.

This is not a coincidence. The Hollywood left are a group of people who do not understand the meaning of hard work. They lack the moral discipline to get ahead playing by the rules. By definition, as entertainers, they are frauds. Their souls were sold for fame and their lives became train wrecks.

The more miserable they become, they more they crave power, thinking it will be some sort of magical cure for their sins. These are the same people who preach to America and try to take the moral high ground with false outrage.

Of course, they do not truly care about women’s rights, for example. Hollywood treats women and children as badly as radical Islamic states. They do not care about gun violence. It is Hollywood that glamorizes gun violence and causes the whacked-out teens to shoot up schools. They don’t care about evil Russia. They are all communists going by the new slogan of “socialism”. They are all hypocritical parasites to this nation.

The Hollywood puppet masters think they are entitled to have power because the rest of us are suckers. We pay money to see them. We love them. We act silly in their presence.

They will lie, cheat, and steal to gain that power. They have a right to it, they think.

But what evidence is there that their culture leads to prosperity? Why should we the peasants listen to them at all? Haven’t they set some pretty bad examples for others with their own lives?

Off the top of my head, I made a list of entertainers who have fallen on hard times. This is far from a comprehensive list. I tried to categorize them into general life decisions gone wrong.

This is not a list of rare “exceptions to the norm” in Hollywood. Bur rather, it is a list of the most famous actors and musicians of all time. This is the A-list of Hollywood, and they have all lived miserable lives.

Charlie Sheen: After being the top TV star for years, making millions, his hard-core drug addiction finally got him fired. His crazy last days on CBS were caused by his anxiety of covering up the fact that he had contracted HIV from hookers (I actually like Charlie. This is a sad story).

Marlon Brando: He too led a bizarre reclusive lifestyle due to drugs. His children went on to have horrific lives. His son murdered a man and his daughter committed suicide. Marlon was one of the first celebrities to venture into political activism (Again, I think I would have liked Marlon as a person, but Hollywood chewed him up).

Michael Douglas: Once a powerful Hollywood actor and producer, Michael Douglas’ family spiraled downward as his son engaged in violent crimes and suffers from addiction. Douglas then became a throat cancer survivor, but tied the cancer to his history of oral sex, which humiliated his wife and the two separated.

Johnny Depp: Despite earning millions upon millions from his Pirates franchise movies, this wife beater too likes his drugs. It has caused him to have divorces, serve jail time, and currently have no career. He is also reportedly broke.

Mel Gibson: Perhaps the wealthiest and most successful actor/director in Hollywood, this flat out drunk was banned for 10-years from the industry after shouting antisemitic slurs when he was arrested for DUI in Malibu.

Elvis Presley: Perhaps the most popular entertainer of all time, Elvis let the Hollywood machine and drugs turn him into a perpetually sedated bloated man who died from drugs at age 42. His life was a real tragedy.

Michael Jackson: One of the biggest stars from music, right up there with Elvis and the Beatles, Michael became an opioid pain pill addict (like Elvis). His bizarre behavior led to pedophilia and ultimately death.

Prince: Also rising to icon status in the 80’s along with Michael Jackson, Prince too became a pain pill addict. He died from an overdose.

Angelina Jolie: The daughter of Hollywood A-lister Jon Voight, she became a heroin addict. She has had multiple marriages fail and is currently not enjoying life, it would seem, as she battles Brad Pitt.

John Belushi: This A-list comedian from Saturday Night Live’s first season participated in the cocaine glory days of the 1970’s. He died in a hotel on the Sunset Strip from an overdose.

Chris Farley: Another Saturday Night Live alumnus, Farley followed in Belushi’s footsteps. He died alone of an overdose in a Chicago high-rise apartment.

Phil Hartman: Another Saturday Night Live alumnus, Hartman, a great guy by all accounts, made the bad life choice of marrying a coke whore who shot him in the head as he slept.

Chevy Chase: Another Saturday Night Live alumnus, has had no viable career for decades. So, like many entertainers with no career he is attempting to use radical political statements to ingratiate him to the Hollywood powers. It is not working and people refuse to work with him because he is a drunk.

Jim Carrey: Once the highest paid comedian commanding $20 Million per movie, Carrey now has no career after many box office flops. His girlfriend died of an overdose. His former wife divorced him. He is now trying to revive his career with anti-Trump statements on Twitter.

Carrie Fisher: The daughter of Hollywood A-listers who became one herself after Star Wars in the 1970’, she too succumbed to drug addiction. Then, her therapists overmedicated for life on powerful antipsychotics. Most of her adult life was a self-described miserable experience.

Robin Williams: Much like Carrie Fisher, this superstar comedian and actor battled cocaine addiction. His therapists then also overmedicated him on antidepressants and antipsychotics. He ended up committing suicide in gruesome fashion.

Anthony Bourdain: His life suffered from drugs, like the others above, and he too committed suicide after being overmedicated by therapists.

Mike Tyson: Once the most feared fighter in the world, his career went downhill as he embraced cocaine. He served many years in prison for rape before reviving his career as an actor.

Tiger Woods: Perhaps the best golfer ever, his career fell off a cliff after the fame and money got to him. He too became addicted to pain pills. He lost his wife after being exposed as a serial adulterer. After five-years, he finally has won a golf tournament again. He seems to have turned his life around. I include him on this list because the fame and hubris brought him down.

Diane Sawyer: The only female anchor of a major broadcast news program, her alcoholism got her fired from ABC.

Ryan O’Neal: A popular actor in the 1970’s, his career ended due to drugs. At one point, both he and his son, Redmond, were arrested at the same time for possession of narcotics. Redmond is now in prison for attempted murder. His daughter, Tatum, who won an Oscar at age 10, is now revealing that her drug addicted parents left her unattended with men who raped her from age 5 to 15.

Bill Maher: This aging unfunny social justice warrior for the left still has an HBO show only because he is viewed as useful to the communist movement. He is addicted to marijuana, is unmarried, and childless. By all accounts, he appears to be one miserable human being.

The Kennedy family: The entire Kennedy has suffered death and hardship due to drugs and alcohol. Of course, John F Kennedy was elected as president because his father was part of Hollywood and they used movie reels as propaganda for their son.

#MeToo and Abuse of Power

Bill Cosby: The former prime time TV star of the 1980’s, viewed as America’s dad, was exposed as a creep who drugged women and then raped them. He is serving a prison term now.

Les Moonves: The former CEO and Chairman of CBS, Les was exposed by Ronan Farrow as a serial rapist. He resisted firing, but ultimately too many credible women came forward.

Ben Affleck: This talentless ugly actor rose to fame on the coattails of Harvey Weinstein. Since the #MeToo movement began, he and his brother have been outcast from Hollywood. He took to the bottle and became a drunk. His marriage fell apart.

Morgan Freeman: Another well-liked “good guy” exposed as a creep, video of him harassing an entertainment reporter placed him in #MeToo jail. Prior to this, he was in a bad car accident causing his left arm to be paralyzed and useless. Karma?

Kevin Spacey: Winner of multiple Oscars, Kevin Spacey was exposed as a dark character. Numerous underage boys accused him of rape. His career is over.

Charlie Rose: “Mr. Establishment”, Charlie spent a career giving puff-piece easy interviews to the powerful and famous. He was their go-to guy for a publicist-placed interview. Well, it turns out that the Southern Gentlemen liked to expose himself to female employees. His career is over.

Louis C.K. (Louis Székely): Once the most respected comedian by his peers, Louis was exposed as an exposer. His career is over.

Senator Al Franken: This Saturday Night Live Frankstein was ousted from the senate after creepy pictures appeared of him molesting women as they slept.

Will Smith: Before taking home the 2022 Oscar for Best Actor, drunk-with-fame narcissist Will Smith improvised an attention-seeking move to smack Chris Rock on stage. It was not an act. Smith had been unstable in the press circuit leading up to the Oscars, taking about letting his wife have sex with others, etc. He seems to be suffering from some sort of genuine psychiatric condition.

Wesley Snipes: This former A-list actor served time in prison for tax evasion. He thought that he did not need to file. Apparently, all of the pampering he got as an actor affected is view of reality. His career is over.

Nicolas Cage: This nephew of Francis Ford Coppola and two-time Oscar winner also became delusionally arrogant and blew his millions on wasteful things, such as dinosaur fossils and shrunken pygmy heads. Cage could also be in the #MeToo section with his girlfriend accusing him of abuse.

Sean Penn: This winner of multiple Oscars has become so radically communist that even Hollywood thinks he is crazy. His most infamous moment was traveling to Mexico to meet and greet as a friend the mass murdering drug dealer El Chapo.

O.J. Simpson: This charismatic athlete and actor had it all, until his narcissism got the best of him and he decapitated his blond ex-wife and her boyfriend. The murder trial became a circus and he was found innocent. In a civil trial, he was found guilty. He ultimately spent nine-years in jail for an unrelated crime. His life is ruined.

Robert Blake: Better known by his TV character Baretta, Blake very likely murdered his second wife, but a jury as bad as the OJ trial exonerated him.

Phil Spector: Huge Hollywood music producer, he too murdered a young woman in his home. He clearly was high on drugs.

Robert Wagner: Rumors that he pushed his actress wife Natalie Wood off of their boat into the Pacific Ocean still plague this man.

3 Responses to The Hollywood Communist Lifestyle Leads to Misery