The pandemic of fast food 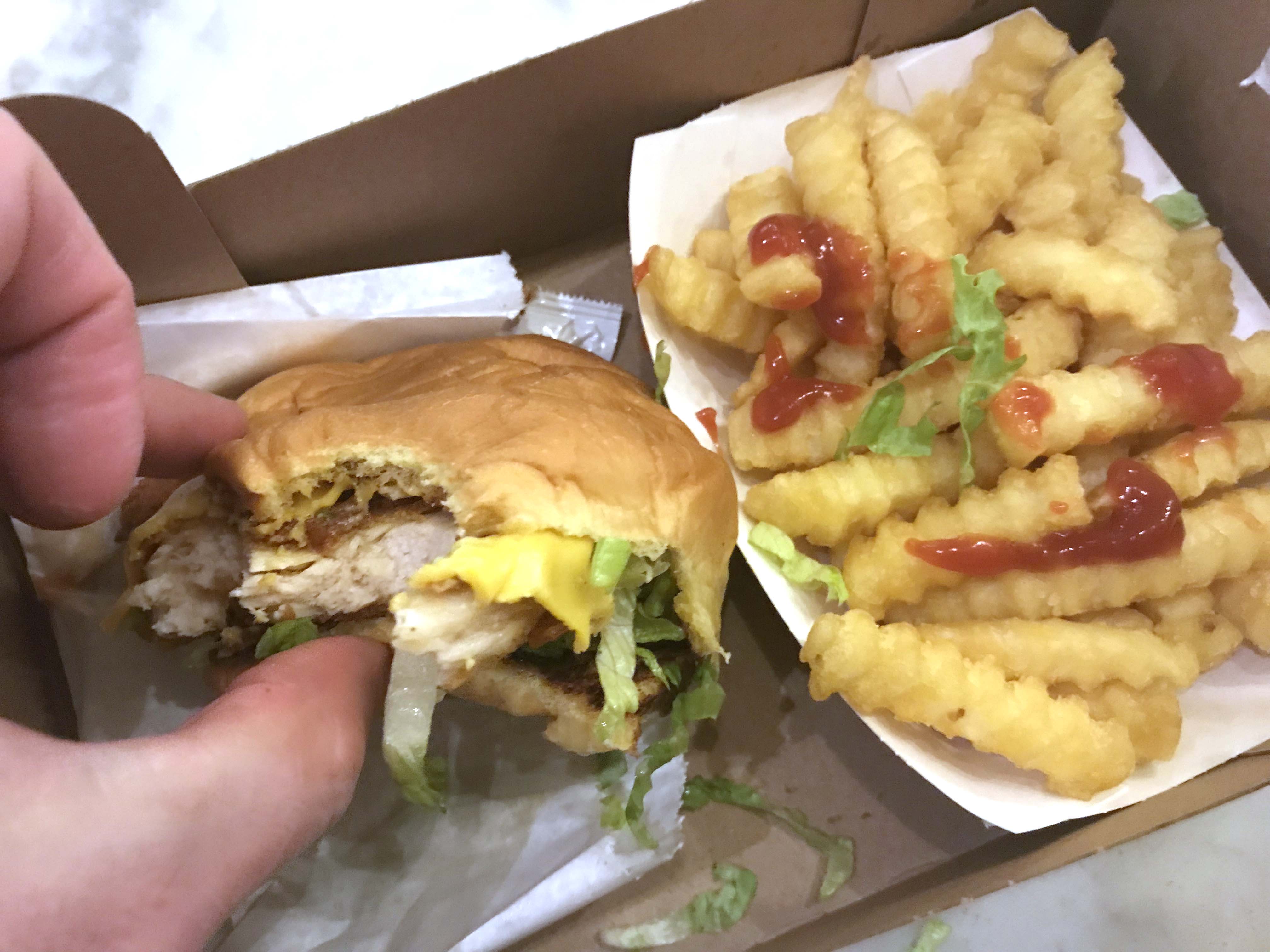 Shake Shack fast food served at the speed of sit-down

I am back in Ohio for a little family matter helping take care of my father. We drove all over North-Central Ohio looking at property. Around 6 PM, we went to downtown Delaware, Ohio to have dinner at a restaurant.

I drove up and down Sandusky Street twice and could not find a single restaurant that was not pizza or fast food. There is one well-acclaimed chef-run place called 1808 American Bistro, but they were not open on Monday.

For years, I have been badgering my mother and father to stop going through fast food drive-throughs. But I see why they do it now. There is literally nothing else from which to choose.

I was angry about this for an hour after we came home and my confused father could not understand why. This trip made it personal for me. My parents would be much healthier if they had not eaten this poison. I tried to stop it and failed.

It is not this way in other parts of the country. In places I have lived over the last few years, such as Florida, Texas, or California, there are numerous restaurants. I just came from Fort Worth and there were too many, actually. They may not all be gourmet or super healthy, but at least they are not fast food. In contrast, the Central Ohio area has almost no chef-driven or mom-and-pop restaurants. It is all this godforsaken low-quality fast food, such as Wendy’s and McDonald’s.

We are currently aware of the pain pill epidemic killing people. Before that, we became aware of tobacco. The big food industry is yet another evil industrial complex that our elected officials have allowed to kill millions of people because of the influence from the lobbyists. We never hear anything about it because the propaganda media is bought off.

Politicians should not protect us from bad diets. However, they should prevent insidious diabolical strategies by Big Food to push addictive food onto unsuspecting Americans. The marketing of fast food indoctrinates us into thinking it is normal and healthy to eat their poison. Big Food has hijacked federal and state congress, the media, and the school systems as well.

Everyone should have figured out by now, after the behavior of governments since 2020 during the scamdemic, that governments are motivated to harm the populations that fuel them. Everyone needs to become “woke” about what they take for granted.

Is that water you drink safe or should you install osmosis filtration in your kitchen faucet? Is the meat you eat safe or contaminated with hormones and antibiotics? Is alcohol something we should drink at every meal and use to celebrate anything of importance? Does marijuana cause psychosis? Why are the green fascists not pushing for programs to plant trees, which would cure the carbon problem and clean the air that we breathe?

When the Super Bowl airs this weekend, every commercial will be promoting a product that is unhealthy. Gambling, risky cryptocurrency, alcohol, snack foods, and fast foods will be bombarded into millions of homes to make them seem normal and acceptable. In fact, they are evil.