The parallels between McCarthyism and Anti-Trumpism 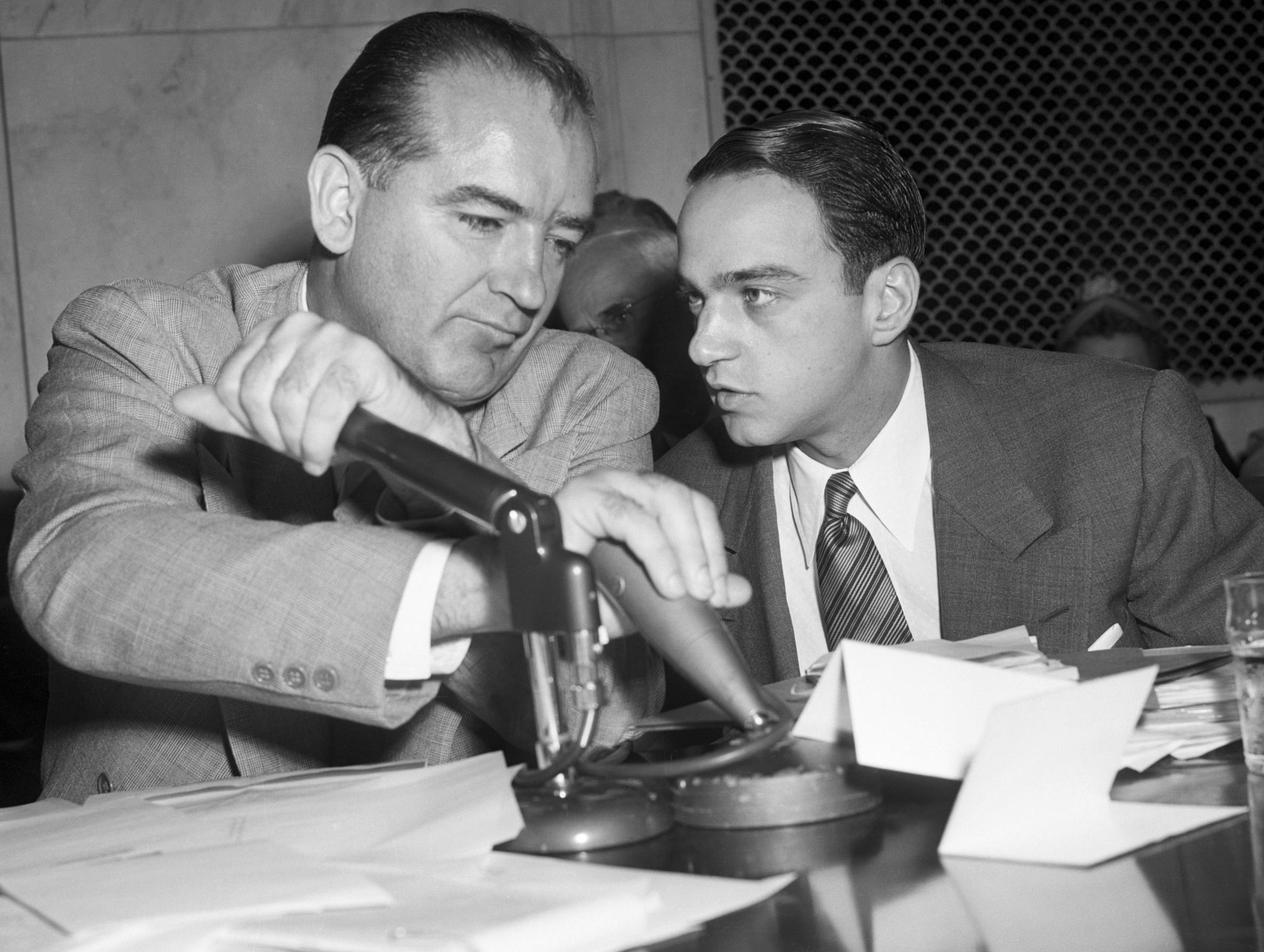 I watched the PBS American Experience episode on Joe McCarthy and his witch hunts to root out communists in the 1950’s. It is stunning how the far-left fascist tactics of today so closely mirror those of far-right McCarthy:

None of the above is coincidence. The lefty losers of today are digging up the historical records and copying the past. They have low intelligence and no imagination. The dimwits think they can resurrect the past.

Ironically, there really were card-carrying pinko communists heavily populated within Hollywood, DC, and academia. That was because it was not until after the 1950’s that the failures of communism and the atrocities of communist countries gave the movement a bad name. Before that, the coastal elites gobbled up communism. But McCarthy’s flaws overshadowed the evil of communism.

Liberal PBS made this American Experience episode to smear Trump as being like McCarthy. It was a stretch, but because Trump hired Roy Cohn as a lawyer in the 1980’s, they want the viewer to see him as McCarthy reincarnated. In fact, the McCarthy stain is being repeated by the liberal base of PBS. They are in such a deep rabbit hole that they can’t see it.

Update January 23, 2020- My essay directly led to this comment by Rep. Nunes, above. It was a novel observation I made that no one was talking about.

Update February 25, 2021- Now, the media and Republicans are using my original observation to describe the efforts by Democrats in the House to de-platform Fox, Newsmax, and OANN.

This entry was posted in - Op-Ed, - Politics, Courts and Law, Political Essays, Propaganda, Hollywood, and News Essays. Bookmark the permalink.

4 Responses to The parallels between McCarthyism and Anti-Trumpism