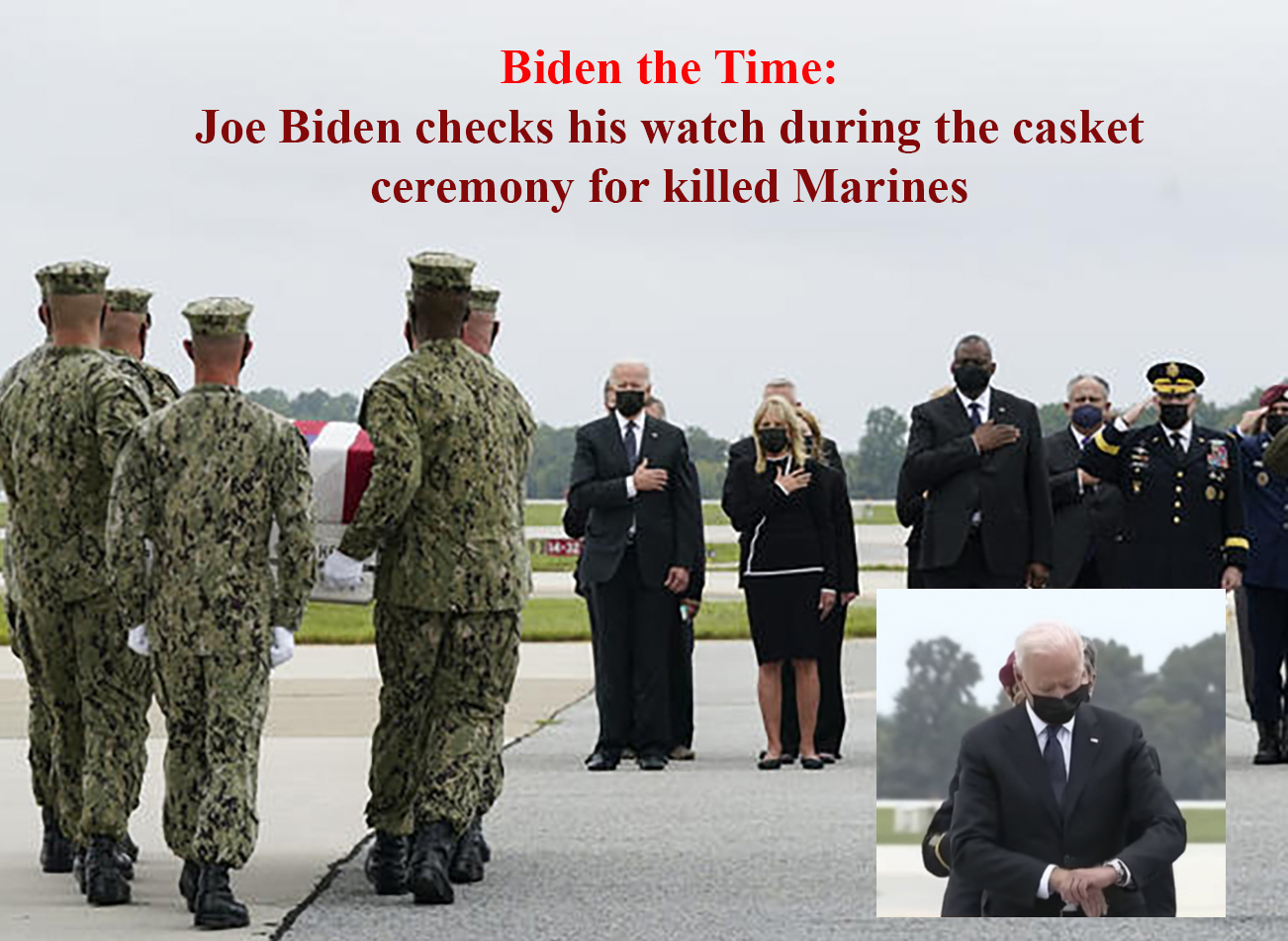 In the news, the U.S. suffered its worst military defeat perhaps since Pearl Harbor when a suicide bomb killed 13 Marines, many Afghans, and injured many more. Nothing has been done to prevent another attack. The same failed U.S. military leaders gave the Taliban biometric reader devices and lists to go after Afghans who assisted the U.S. All of this was caused by the unimaginably bad planning of the evacuation of U.S. forces that handed $85 billion on weapons to the Taliban and allowed them to take over the country without a shot. Iran and China are benefitting. As a result, a Marine Lieutenant posted a video online that complained of the bad strategy and was fired.

On the fascist front, Australia continues to push the envelope by declaring that normal life will never return. Vaccine mandates in the U.S. are being fought by New York and Chicago police unions. Texas Governor Abbott blocked any mandates, following Florida. Even Russia came out against forced vaccination. Oregon issued a mask mandate for outdoors, but exempted homeless, proving it was political and not even remotely based on scientific evidence. Eric Clapton released a vaccine protest song. And predictably, Fauci supported forced vaccinations of children. In other fascist news, the Capitol Police officer, Michael Byrd, who murdered Ashli Babbitt came forward with a propaganda “interview” by NBC. Also, even Apple has capitulated to the global Great Reset movement and announced that it will be spying on all of the photos taken by their devices even if one does not use iCloud.

In other politics, unimaginable just weeks ago, Andrew Cuomo was ousted into a state of homelessness. He even left behind his dog. Then, the Emmy people clawed back their award. Texas authorized the National Guard to arrest illegal aliens as the Supreme Court ruled that the Trump-era law of forcing refugees to stay in Mexico must be maintained. The court also ruled that the CDC’s eviction ban was illegal. And taking advantage of the Afghanistan chaos, Pelosi rammed through the HR1 bill to legalize mail-in ballots, etc., and also the $3.5 T pork spending package designed to create inflation.

On the scamdemic front, deaths in Sweden are at zero due to natural herd immunity, not because of vaccines, masks, or lockdowns. Denmark is ending all lockdowns and precautions. Fauci sided with Florida Governor DeSantis on the use of antibody drugs. Data from Israel shows that natural immunity is far superior to vaccine immunity. Cases in California are on the decline, as they are in Miami, and Biden’s pro-China Deep State claims that they cannot determine that China was the source of the virus.

In vaccine news, the current strain of virus is clearly evading the old vaccines. Efficacy is down to 66%, according to the CDC, and Pfizer (PFE) admitted it too. Vaccinated people appear to be “super spreaders” too. Despite that, for political purposes, Biden encouraged private companies to mandate the vaccine and Goldman Sachs obeyed, among many others. And finally, the corrupt FDA approved the Pfizer-BioNTech vaccine, despite deadly adverse events and lack of efficacy.