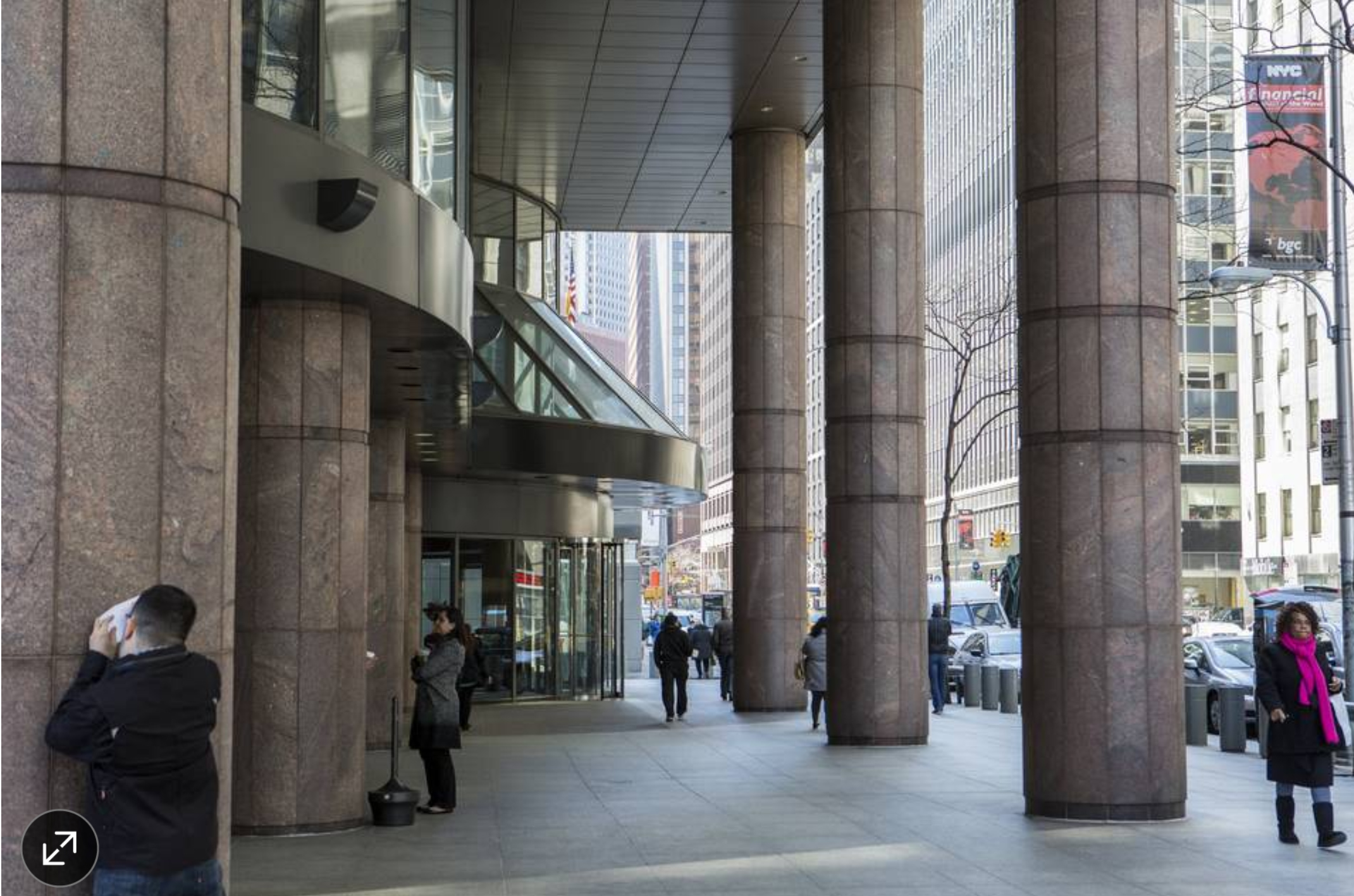 March 30, 2016- Those same changes planned for South End Avenue are being proposed for the Financial District. The WSJ reports, “Opinion is divided on the covered walkways that hug many of the skyscrapers along the Water Street corridor. For some, they are a handy route to school or the office in lower Manhattan, a place to get out of the weather. For others, they are desolate stretches of concrete that have tamped down any notion of street life—a dead end.

Equally divergent views are now greeting a proposed zoning change to allow property owners to fill in the pathways with retail tenants such as restaurants and clothing stores in exchange for making improvements to nearby plazas. Some are hopeful of a Water Street renaissance. Others say giving up the public space will mostly be to the benefit of the property owners.

At the heart of the skepticism: The developers who put up the towers built the arcades to ease pedestrian circulation in the neighborhood’s street grid in exchange for being able to build more floor space. Now, they could have the additional bonus of adding valuable Manhattan retail space.

“It’s not enough for someone to say to us, ‘Well, the public is receiving in exchange for developers getting retail space a livelier street and the ability to buy Starbucks coffee,” said Gina Pollara, president of the Municipal Art Society of New York, which will be testifying at a planning department public hearing on the proposed zoning change on Wednesday. “That’s not an equitable exchange.”

That statement doesn’t sit well with those who say that these arcades along Water Street simply no longer work.

“The arcade may be public space on paper, but they do not function as public usable spaces in reality,” said Jessica Lappin, president of the Alliance for Downtown New York, a downtown business group. “This is not treasured space that has added any vibrancy or character to the street.”

The city is considering a proposal to allow retail businesses to fill in the covered walkways, or arcades, that run alongside buildings in one lower Manhattan neighborhood.

The proposed amendment to city zoning is sponsored by Ms. Lappin’s group, the New York City Department of City Planning and the city’s Economic Development Corp. It would apply to about 110,000 square feet of arcades. Those arcades allowed developers who built the skyscrapers to add about 380,000 square feet of space. 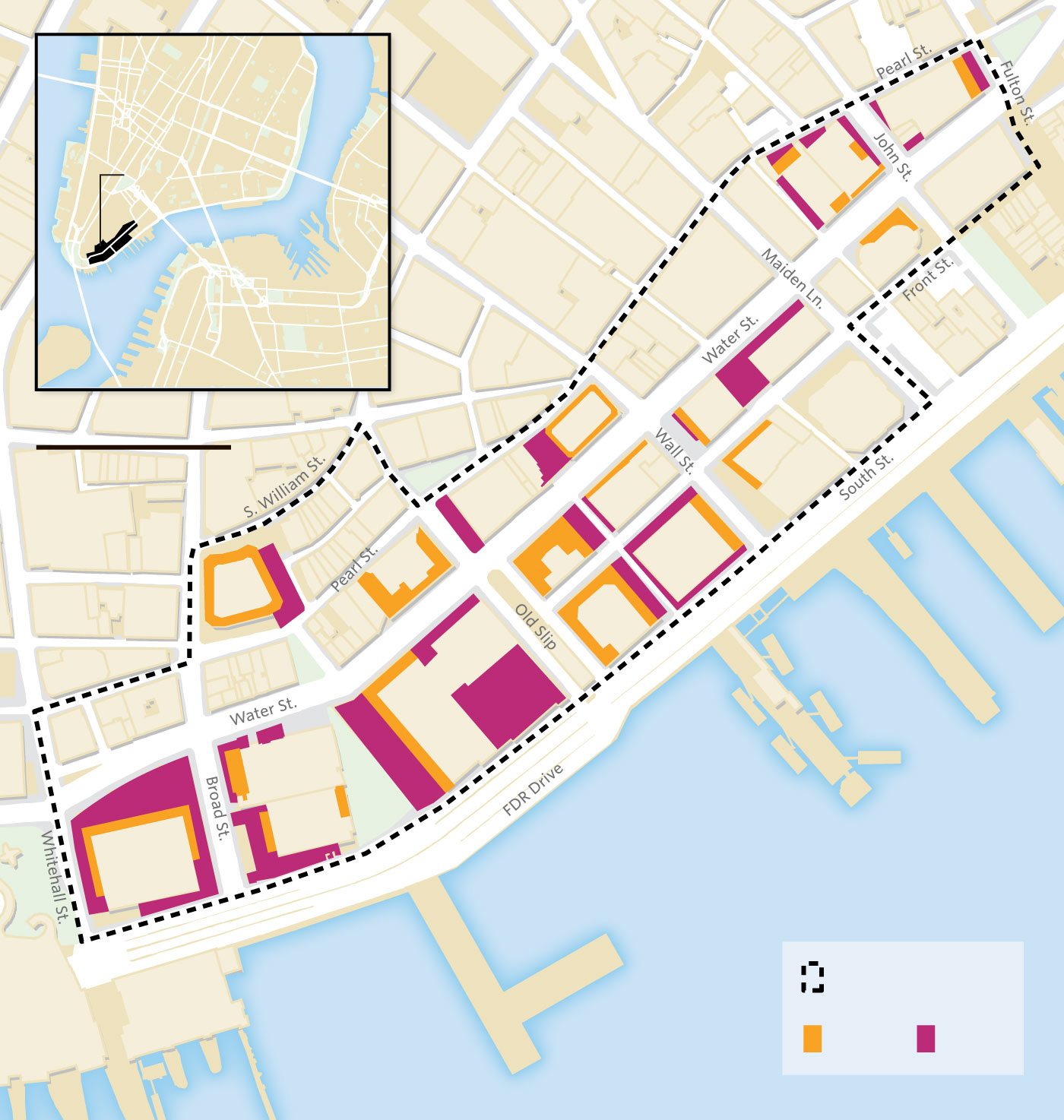 Property owners, which include Rudin Management Co., RXR Realty, and Brookfield Property Partners, say the proposed zoning change would allow them to provide much-needed retail space. They also note that their investment in the retail space would be significant and provide benefits for the overall community.

“By changing the zoning, you allow owners to spend significant capital,” said Bill Rudin, chief executive of Rudin Management, which owns 110 Wall Street. “We are not talking about small sums to recapture and redesign these spaces.”

David Cheikin, executive vice president of the New York region for Brookfield Property Partners, agreed. “It’s very expensive to create retail spaces and activate public space,” he said. “And the windfall that people assume it is may or may not be there.”

The city agencies and the Alliance for Downtown New York have spent years studying how to reimagine Water Street as a welcoming commercial corridor rather than what many see as a sterile neighborhood that shuts down after work hours. Over the years, the Alliance has worked with property owners to try to enliven the arcades and adjoining plazas with events, said Ms. Lappin. The group produced a plan for the area in 2010.

The main desire for people in the community has been more retail, Ms. Lappin said. “There is no place to eat; nowhere to shop; nowhere to do your dry cleaning,” she said.

Jason Friedman, an architect, resident of the South Street Seaport neighborhood and a member of Manhattan’s Community Board 1, said he wasn’t comfortable with a blanket zoning change and wasn’t persuaded the amendment would magically create a bustling corridor.”