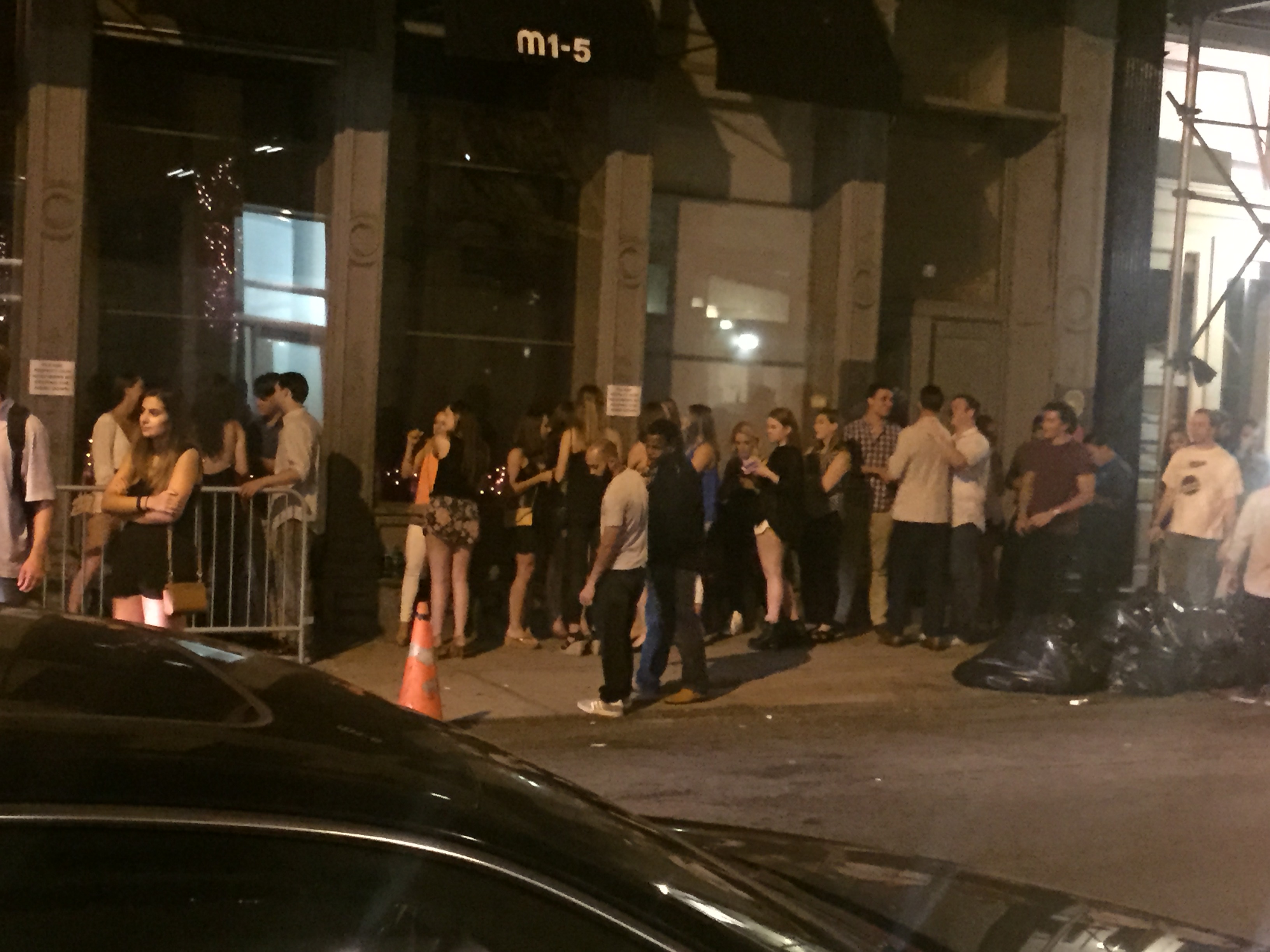 March 8, 2016- The M1-5 club on Walker Street in Tribeca has Meatpacking-like lines and noise, with a seedy young and dumb crowd. How was it ever approved by the CB1 Tribeca committee? Only Peter Braus would know, and he is gone, but it was probably that the building owner wanted it and paid some people.

Now, to no surprise, residents are upset. Downtown Express reports, “A lawyer hired by angry locals contends that M1-5 Lounge, which she calls a de facto dance club, has operated for more than a decade without the proper permits.

“To have loud dancing you need a cabaret license, and they never applied for one,” said the residents’ attorney, Robin Suttenberg.

When the watering hole originally applied for its liquor license in 2003, the owners only sought permission to open as a bar, so operating as a dance club violates the terms of its license, according to Suttenberg, who wants the State Liquor Authority to yank its permit — or at least nix the fancy footwork.

Neighbors have tried several times over the years to convince the S.L.A. to revoke the club’s liquor license based on such quality of life issues — including a 2007 resolution from Community Board 1 asking the agency not to renew the permit. But state law makes it very difficult to hold a drinking establishment liable for the behavior of its patrons, especially outside the bar, according to Jeff Ehrlich, a member of CB1’s Tribeca committee.

“The S.L.A. has their hands tied with things happening on the street,” Ehrlich said. “The bar has to know that the people on the street came from them, and they have to prove that they’re allowing that to happen. And that’s very difficult.”

In fact, the bar’s online reviews are peppered with references to dancing. The reviews on M1-5’s Foursquare.com page include statements such as: “Best dance music,” “Always a good time if you’re looking to dance the night away,” and “Drinks are expensive but good space to dance.” On Yelp.com — where M1-5 is listed as a “dance club” — “dancing” is mentioned in 71 reviews.

CB1 voted to disapprove the renewal — and to ask the S.L.A. to investigate the neighbors’ allegations, according to Suttenberg.

The S.L.A. ultimately decided to send M1-5 back to the community board to request a change in its method of operation to allow it to operate as a dance club.  But at CB1’s full meeting on Feb. 23, the board voted unanimously to oppose the application, in addition to requesting the state to force the bar to close at 2 a.m.

The bar must now go back to the already unhappy S.L.A. and hope that the agency will disregard CB1’s recommendations and approve the change to its liquor license. If the S.L.A. refuses, M1-5 Lounge will have to trade its D.J. booth for a backgammon set or face stiff fines and even revocation of its license, according to Suttenberg.

Even if the agency does sign off on the change, neighbors still have another line of attack, their lawyer said. The bar never obtained a cabaret license from the city’s Department of Consumer Affairs, which is required to host dancing. Without it, a de facto dance club could be shut down by the city.

“They are in violation of their Certificate of Occupancy, which prohibits dancing,” Suttenberg said.”

This entry was posted in - Politics, Music Bands. Bookmark the permalink.