We have to stop Turtle Man 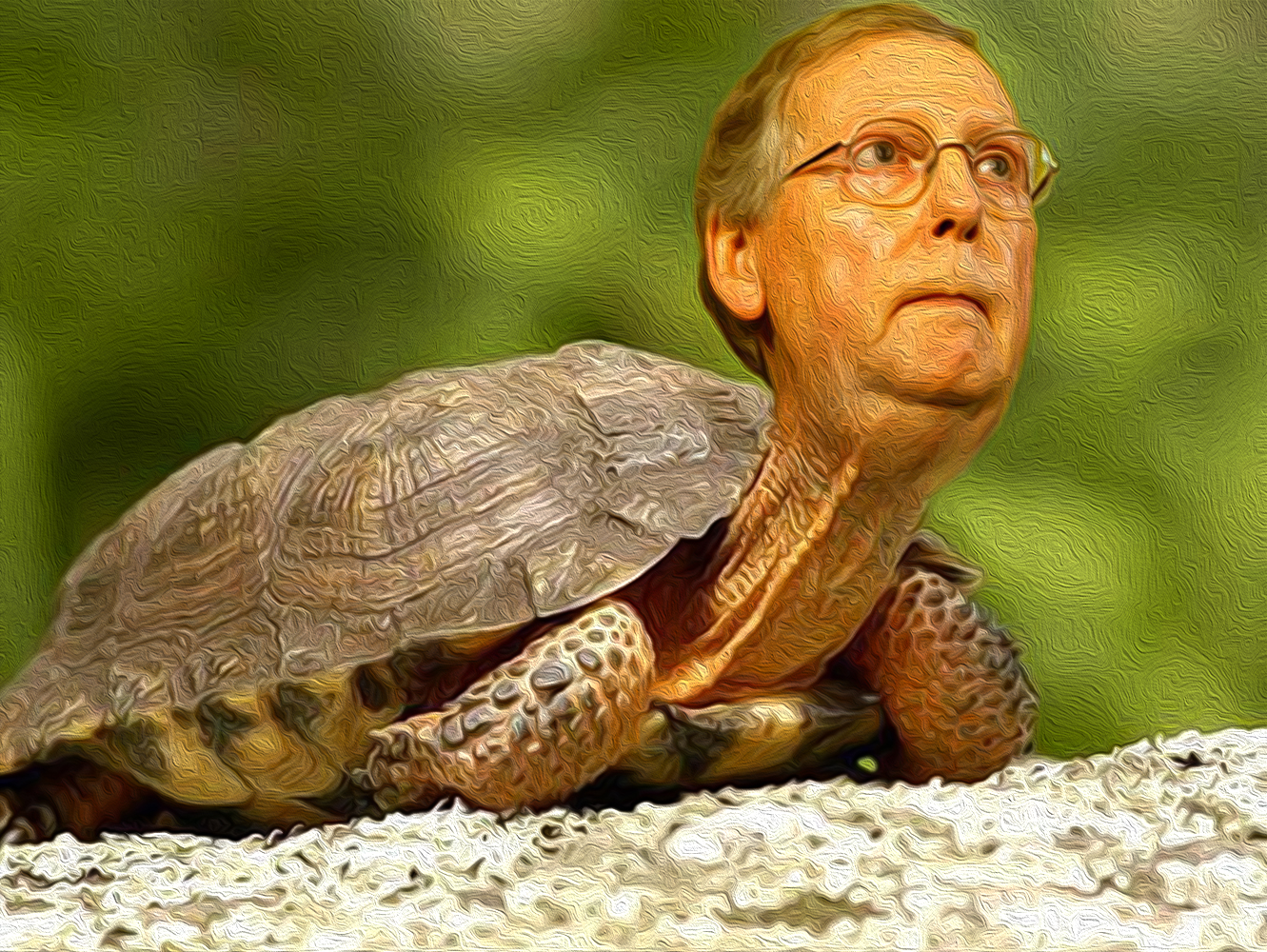 I read how Turtle Man Mitch McConnell actually voted for this $2 trillion, inflation causing, pork spending, stimulus infrastructure plan. He also encouraged others to vote for it. I suspect Kevin McCarthy wasn’t exactly whipping his members of the House either.

We are in a losing battle to save this nation. The communists can easily topple our government between now and the elections next year. They have proven that they don’t give a damn about the opinion of the masses or the outcome of elections. After the recent Virginia and New Jersey losses, the communists doubled down.

Meanwhile, not only is the Republican party not helping in the fight, but they are part of the Uniparty. Corrupt stooges like Mitch McConnell and Kevin McCarthy have delusions of maintaining power in a New World order.

I have not heard anyone in the press say this, but we need to start right now by cleaning house in the Republican party. We can do things to get these RINOs in line today, long before the election.

For example, if large media outlets simply covered the fact that Mitch McConnell was going along with this infrastructure package, it would have changed the outcome. I had no idea this was happening until I read it in Newsmax yesterday.

We need to start exposing all of the corruption of Mitch McConnell and his wife. The Peter Schweizer book clearly shows how his wife is a spy for China and that they are completely conflicted.

Trump made a little tweet exposing how Mitch McConnell voted for the infrastructure plan. It caused McConnell to change plans to not be present when Biden signs it. Think about that. Mitch McConnell is so tone deaf, so insulated from the American public living in this Washington DC bubble, that he thought it would be good to appear next to Joe Biden as he signs this thing.

Enough is enough. We have to make efforts right now to castrate Mitch McConnell and take away his power. He needs to make an announcement that he is not going to be running again for “retirement“ reasons. He needs to go the way of Sasse, Flake, and Corker (and others).

We should not spend another second whining and complaining about how bad CNN is, or how dishonest Eric Swalwell or Adam Schiff are. The focus needs to be on whipping RINOs.