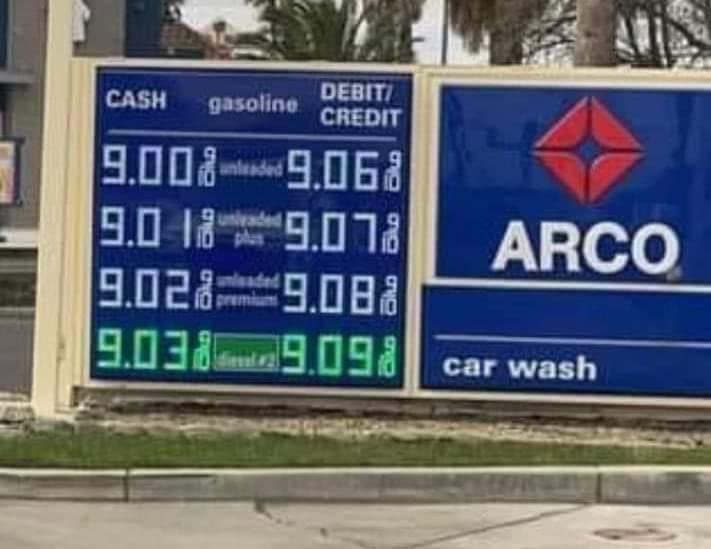 In the general news, Russian forces advanced to take over the Eastern half of Ukraine and captured the largest nuclear plant in Europe. It also threatened to cut off vital fertilizer supplies to the US, which would double food prices. Oil hit $130 and gas hit $9 in San Francisco as Biden refuses to allow US oil and gas resume Trump-level output. Instead, Biden wants to important Iranian oil. Millions are fleeing Ukraine into Poland with little assistance from the U.S., in stark contrast to the push to accept Afghanistan terrorists as “refugees”. Spotting the opportunity, China has taken over Hong Kong under the pretext of COVID safety and the media ignored it. In domestic politics, the State of the Union was another blow to Biden. Pelosi was mocked for her bizarre reactions as she sat behind him, and Kamala Harris’ brown suit was mocked as her attempting to blend into the background unseen. A Capitol rioter, or political opposition to Biden, committed suicide after being held by the Deep State in hellish conditions for more than a year. The Supreme Court allowed the CIA to conceal details of torture camps, and Wisconsin continues to uncover massive election fraud from 2020. In the economy, the lifting of the vaccine mandates saw more people seek jobs in February, and electric vehicles continue to fail with low demand as Ford spins off its EV business.

In mask and vaccine mandate fascism, proving they have always been tools for political control, Pelosi lifted the requirement that masks be worn in the Capitol right before the State of the Union speech. Florida’s DeSantis told kids behind him at a press conference that they did not need to wear them as L.A. teachers demand masks stay on kids. New York City also will appease the unions and keep the mask mandates on kids. In Europe, France lifted its mandates.

In crimes against humanity, Tony Fauci was gagged as the Great Reset Gang wants to sweep their failed scamdemic strategy under the rug. Thousands of adverse events from the vaccine are becoming exposed. Florida officially legalized ivermectin, protecting doctors. Lastly, the mental effects of all of this are becoming exposed as Stockholm Syndrome. In New York, a group of people held a press conference to sing a song in support of mask mandates.

On the data front, Senator Ron Johnson demanded accountability from the CDC for making a false statement related to a study on masks. Another study showed the Pfizer (PFE) and BioNtech (BNTX) vaccines were ineffective in the 5-year-old cohort that the FDA recently rejected for approval. Also, Novavax (NVAX), a non-gene-therapy vaccine, reported good results.

In healthcare business news, Pfizer continued with their strong PR efforts to sway the FDA into approving their vaccine for 5-year-olds and up (Full approval helps them avoid lawsuits in the future). The Pfizer COVID pill, Paxlovid, unavailable in the US so as to not distract from the Great Reset plan to vaccinate everyone, is being delivered to developing counties by the millions of pills, proving that supply is not the problem. In the U.S., Biden stated during the State of the Union that the pills would be given to American for free. Reports exposed how the federal government paid for the advertising of the vaccines. Meanwhile, a lawsuit against Pfizer over fraudulent clinical trials for the vaccines goes forward and documents are being released. At stake are billions of dollars. Moderna (MRNA), Pfizer, and BioNTech earned $51 Billion for the vaccines in 2021. Australia, a government heavily controlled by Pfizer, is starting to open the door to Novavax. AstraZeneca’s (AZN) new monoclonal antibody is not being used as the federal government gets in between the suppliers and the doctors. Biden announced reforms to the nursing home industry, and the Purdue Pharma Sacker family agreed to a $ 6 Billion settlement.