Obama judges need to be impeached 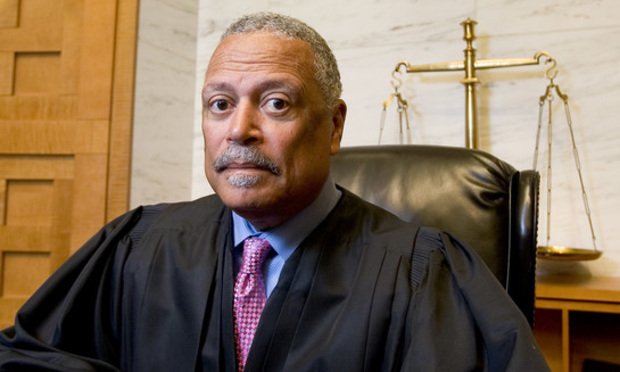 (Dr. Greer is a pro se federal litigator currently in the Supreme Court with a writ certiorari)

Once again in the news is a Democrat-appointed federal judge flagrantly ignoring the law for partisan political reasons. Judge Emmet Sullivan of the federal D.C. District Court, appointed by President Clinton, is the man overseeing the Michael Flynn mockery of justice. He took the unprecedented step of refusing to vacate the Flynn case despite the Department of Justice prosecutors dropping charges. Prior to this, the judge refused to allow Flynn to withdraw his guilty plea in the light of evidence that the FBI framed him, called the military hero Flynn a traitor, and committed other abuses of power.

Judge Sullivan is clearly one of the scores of far-left liberal judges, appointed either by President Obama or Clinton, who justify ignoring the law because the ends justify the means. The brain has an amazing ability to deal with guilt by rationalizing bad deeds.

Ever since President Trump was elected in November of 2016, federal judges have tried their best to thwart his moves to tighten the porous borders, keep his personal finances private, etc. Most importantly, the super corrupt judges on the unconstitutional FISA courts were complicit in the attempted coup set up by President Obama to use a bogus “Russian dossier” to start the Muller witch hunt. They rubberstamped numerous motions to allow the spy agencies and the FBI to illegally wiretap Trump administration officials.

This has to stop. The corruption on the federal bench is unprecedented. If the bad judges are not held accountable, the precedent will forever damage our justice process.

Starting with Judge Emmet Sullivan, what Flynn’s lawyer needs to do is file a writ mandamus in the D.C. Circuit of Appeals to force Judge Sullivan to abide by the law. It is illegal for a judge to delay sentencing, or to proceed at all with sentencing, if the defendant has withdrawn his guilty plea and the DOJ has dropped charges. Judge Sullivan is likely relying on the 2016 Supreme Court case of Betterman v. Montana, 578 U.S. that ruled delayed sentencing is not unconstitutional. But in that case, the defendant did not withdraw his guilty plea and the prosecutors did not drop charges.

Then, the federal rules of judicial misconduct prohibit many of the actions that Judge Sullivan has perpetrated on Flynn. For example, when the judge implied that Flynn was a traitor who betrayed his county, then had to rescind those comments, he was being hostile to Flynn. The rules of judicial conduct state:

(2) Abusive or Harassing Behavior. Cognizable misconduct includes: (B) treating litigants, attorneys, judicial employees, or others in a demonstrably egregious and hostile manner

Moreover, if it can be shown that Judge Sullivan has conspired with partisan political parties to delay the sentencing, then he should be impeached if the republicans take the House in the Fall. Any secret calls the judge might have had with Obama or his legions of lawyers would not just be illegal ex parte, but criminal.

If a few bad federal judges like this are reprimanded or impeached, then it might, just might, help restore the rule of law. If we do nothing, we have lost it forever.

(Note: I was the first person in the media to state, way back in 2017, that Michael Flynn was being represented by lawyers who clearly cared more about having good relations with the Deep State DOJ than they did about this one man they would never see again after his conviction. I explained that a jury would not likely find him guilty given the misconduct by Strzok’s FBI and that he should withdraw his guilty plea. I was proven correct.)