How communists in China and the U.S. created the coronavirus economic catastrophe 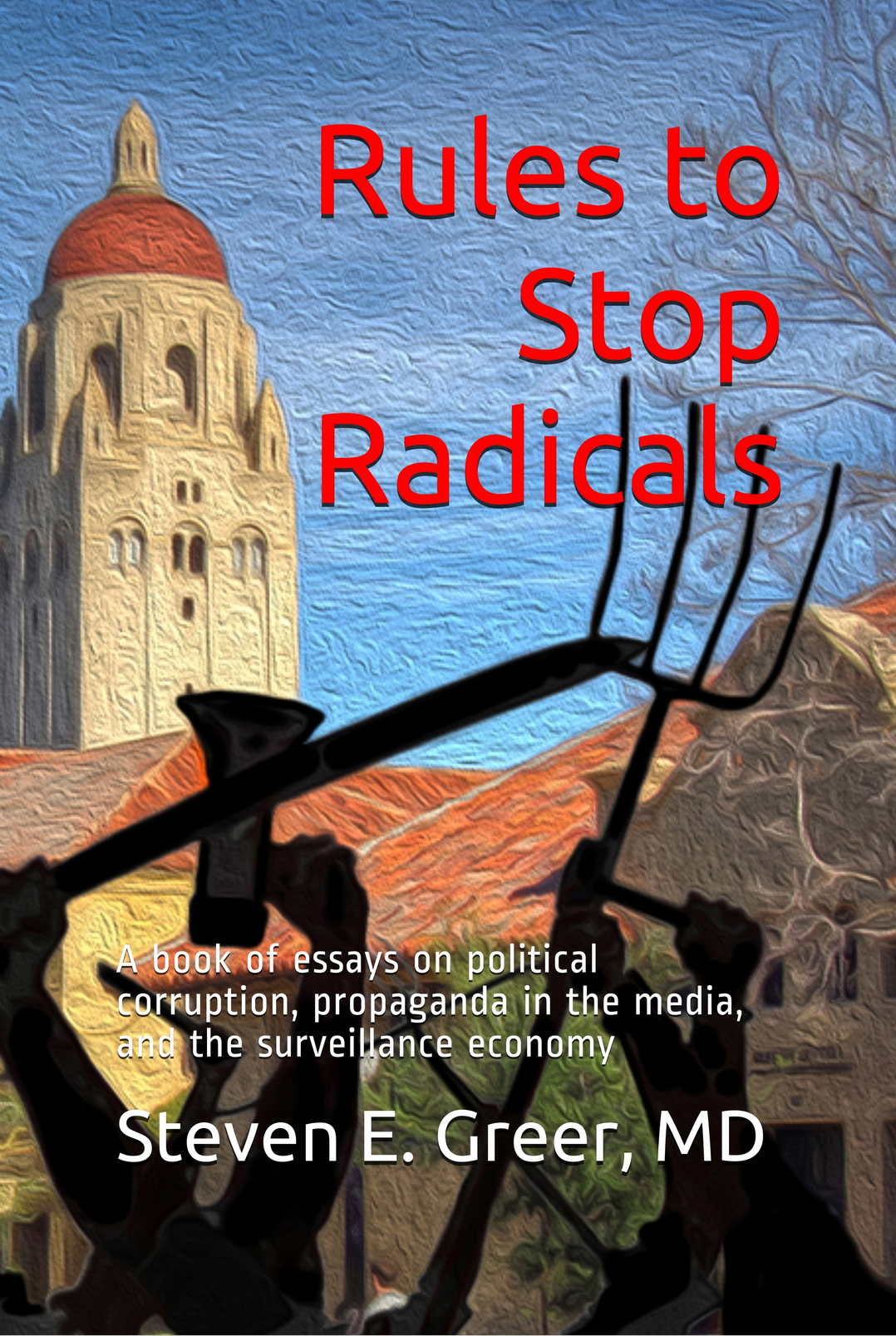 When the first edition of my Rules to Stop Radicals book came out last year, I was the first person in the media to label the so-called “far left” as communists. I had been looking into events from 1918 when the Russian Bolshevik revolution tried to spread to the U.S. and I realized that this was nothing but another attempt to spread communism, 100-years later. Those ideals never die. Each generation has to keep refighting the same battles.

Now, the global pandemic of the SARS-CoV-2 (also know as COVID-19 or the coronavirus) has put all of the obvious politicking aside. Not even Fox News is talking about the attempted coup against Trump, followed by the frivolous House impeachment, and so on.

However, the response to the virus by Western nations has been a political one, not one based on science. It is yet another attempt by the Western Communists to overthrow Trump and populism.

For the last two-weeks on the national radio show by Joe Piscopo, I have clearly stated that the coronavirus was created in the Wuhan, China bioweapons lab. I based this on the comments of multiple U.S. senators who sit on intelligence committees. I can read between the lines. Also, the nature of the virus being so novel, with no one having immunity, indicated it was made in a lab. We now know that I was correct. The news today is confirming this, except that the U.S. State Department is preventing a nuclear war by insisting that the virus was “accidentally” released and that it was not a bioweapons lab (OK. So why then is China inventing dangerous virus if not for the military?).

Because the release of the virus has caused China a lot of economic damage, I do not think this was a sinister plan to kill the world. I believe it was just a typical sloppy bungled science experiment. China is not exactly famous for producing high-quality products of any kind.

When the virus was spreading in January, the professional liars in charge of our cities, the United Nations, and the World Health Organization, all played it down. The liberal media played along. Numerous people on CNN, etc. said that the flu was more of a threat than this virus.

But then, a light bulb went off in some bearded Harvard far-left communist’s mind likely, “How can we use this crisis to our advantage? Oh, I have it. Let’s destroy the economy and hurt Trump.” The puppets at the DNC got on board. The DNC then got their propaganda outlets at CNN, MSNBC, The LA Times, The New York Times, etc. to parrot their talking points: “This is a deadly virus. Trump is killing people because he has not ordered people to stay at home.”

For a few weeks, this strategy worked. Trump was on the defensive. But he easily outmaneuvered the communist morons and went more draconian than they were. He shut down the economy and held daily press briefings. This forced the governors to do the same. But the ones delusional enough to think that they can be Joe Biden’s VP pick if they go far-left enough went further and trampled upon the First Amendment by banning church services, etc.

So, we now have the worst shock to the global economy in hundreds of years, if not all time. Two communist regimes, China and the American academic elites, caused it. Western democracies have taken a blow.

I believe that the release of the virus was an accident and that the two communist efforts were not part of a collusion from the beginning. However, the American Bolsheviks quickly began exploiting the crisis to hurt America and foment a revolution.

Of course, the morons are going to fail again. Already we see the New Jersey Democrat governor going on Tucker Carlson to play dumb, pretend he had no idea his actions violated the First Amendment, in order to stem off lawsuits. The blue state governors are now having an “oh crap” moment realizing they can’t pay the pensions of their government-employee base. The sh*t is going to hit their fans soon.

All of this has made President Trump look good and the far-left Democrats look bad. The damage to the economy will likely lead to a culling of Democrats in November after the elections. This could be the Bolshevik-3.0’s last hoorah (although they seem to keep coming back after each defeat).