The structure of the new AOC government takes shape 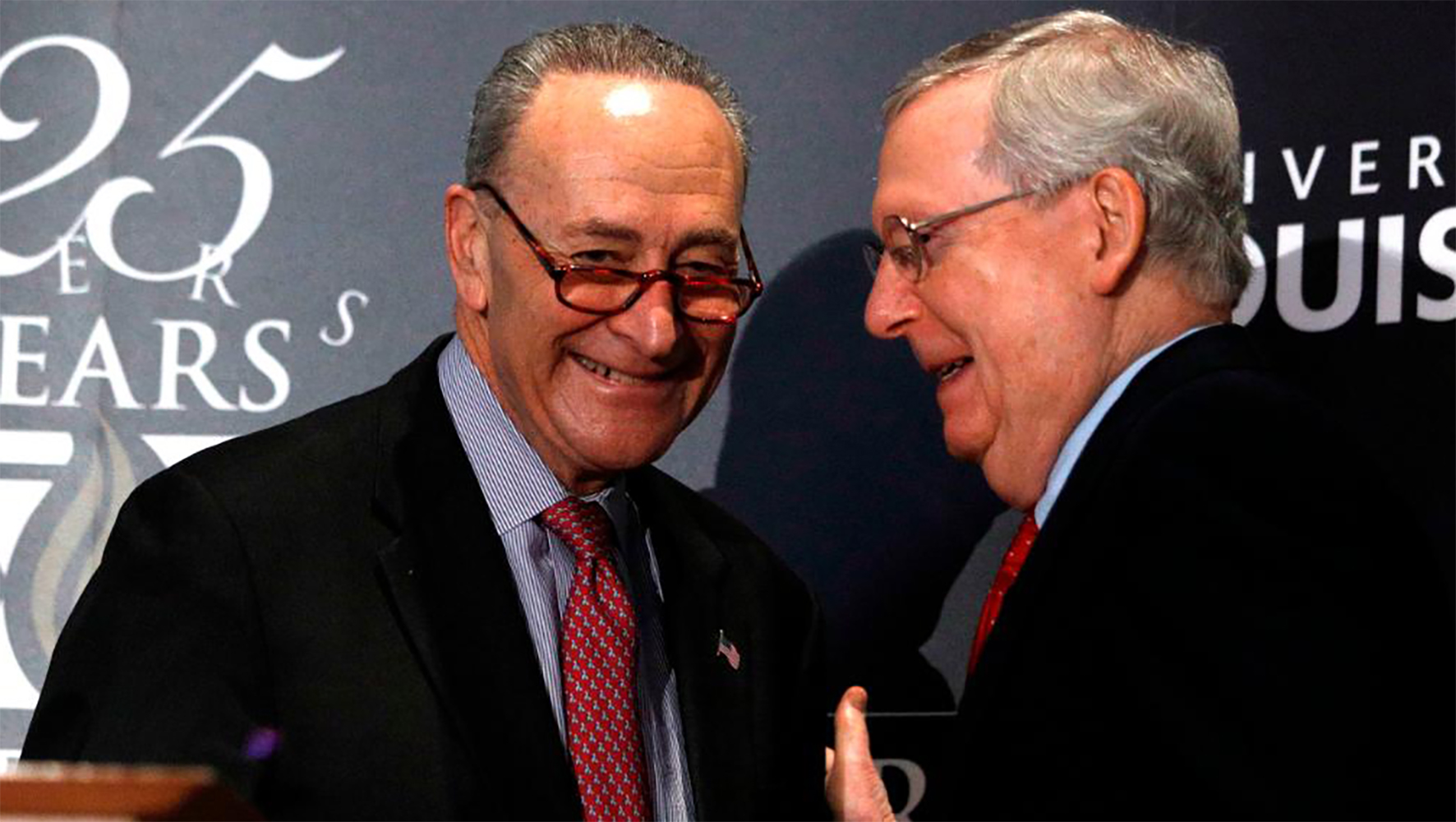 Yet another another mystery is being unraveled. It has been very confusing to most Americans as to why the so-called Republican senators were complicit with the obvious hoax of the Capitol attack being portrayed as a domestic terrorist attack. Also, why were they so passive in the Georgia elections and the overall fraudulent election?

Mitch McConnell is posturing on the floor today saying that Trump “provoked” the violence at the Capitol and might impeach him in the senate. Meanwhile, not a single Republican senator has said a word of outrage despite the outrageous banana republic gathering of the military around the “green zone” of our own United States Capitol when not a single credible threat has been made. Washington, DC looks like East Berlin or Baghdad have in the past, and no outcry? Tucker Carlson mentioned last night that none of them wanted to be on his show. Why is this?

Well, they all had a secret backdoor plan to share power.

We just learned that the two creepy leaders of the Senate, Chuck Schumer and Mitch McConnell, have agreed to split the power of the Senate. The committees will be equally divided by both parties. Of course, Kamala Harris will have the tiebreaker for any crucial vote.

By sharing power, issues will go to the full Senate floor. Whereas before, they would been killed in committee if the leading party did not want the bills to proceed. So, Mitch McConnell is clearly maneuvering to maintain power by throwing Trump and the constitution under the bus.

Will this mean anything in terms of preserving the constitution? Will having the Senate not be completely in control of the communist AOC really prevent the FBI from raiding homes and labeling half of the country as domestic terrorists? Will there continue to be a complete shutdown of the media and purging of conservatives? Who knows.

It does mean, however, that the Supreme Court will likely not be packed and destroyed. Maybe that is why the Supreme Court was not in panic mode when they lost the senators in Georgia. To be sure, the compromised Chief Justice Roberts has been involved in all of these secret backdoor dealings.

What we are observing is the new government of the American Oligarchy of Communists, or AOC, take form. This is what it will look like. The RINO’s who once hid their intentions in shame are now out in the open. This is the age of transparency.

However, these Machiavellian uniparty AOC stooges are deluding themselves. They cannot survive this. They will all be primaried and kicked out of office. They are suffering from bubble thing. Inside their little Washington bubble, they think this is a great idea.